Shocker is a criminal, who uses special devices mounted on his wrists that enable him to generate very powerful vibrations. You will battle him during the "Financial Shock" mission, when Shocker is trying to rob a bank.

Battle with Shocker in Marvel's Spider-Man 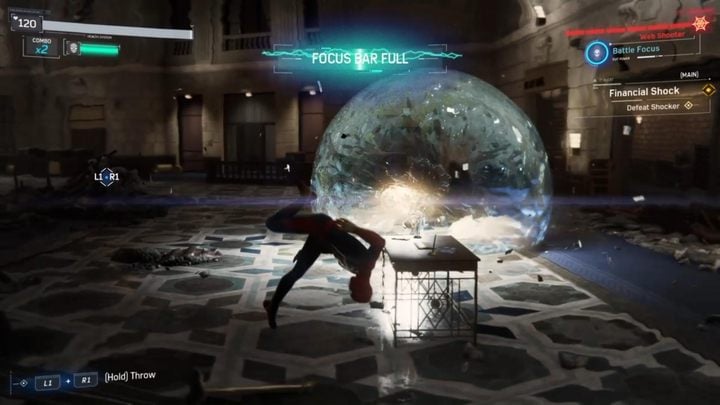 After a cut-scene, the battle with Shocker begins. The boss creates powerful shock waves that will throw Peter like a doll and deal a lot of damage. Jumps are the top priority in the duel - circle around the enemy and avoid his attacks. There's no point in getting closer to Shocker - he's surrounded by a force field and you can't hurt him now. 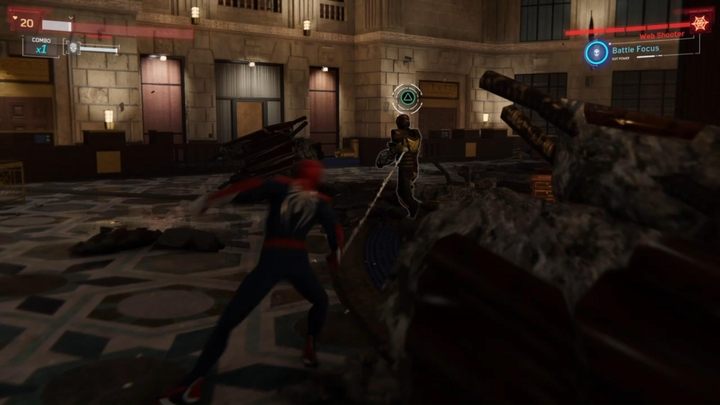 Avoid attacks and wait until the enemy stands idle for a moment. Now, grab any object available on the combat arena (L1+R1) and throw it at Shocker. The attack will hit and your opponent will be stunned for a moment. Press triangle to pull yourself to the villain and deal some damage. 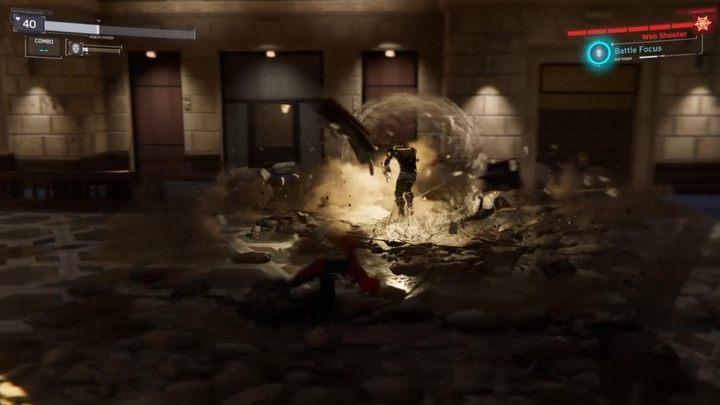 After a slight beatdown, your rival will become more lively. Stay away from the boss and jump away from his subsequent attacks. The enemy will then charge you - move away and wait for his powerful area attack. It will weaken Shocker for a while - grab another object and throw it at the boss. Use triangle to deal some more damage. 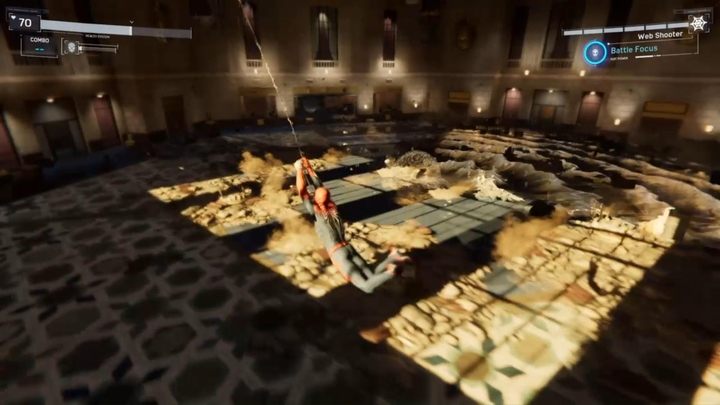 After a successful attack, repeat everything again and you'll see the cut-scene. Your rival goes all out - Shocker will start producing even more shock waves. Many of them will be quite difficult to avoid - I recommend changing your tactics for this phase. Use R2 to swing on the web and circle around the enemy. You'll avoid many dangers this way - and when you see it an opening, throw more objects at the boss. 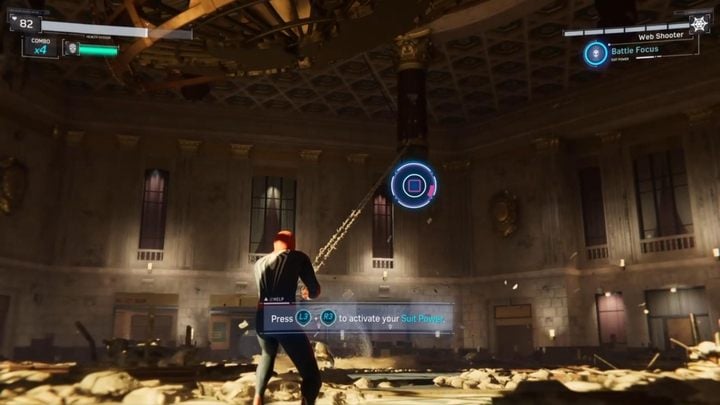 Repeat the strategy several times and Shocker will be grounded by the web. Continue to circle around the enemy and avoid the waves. When the enemy is gathering his strength, press L1+R1 to bring down a piece of the dome on the boss. Do this several times and the ceiling will collapse on your opponent and you will emerge victoriously from the battle.