Wilson Fisk is the head of one of the biggest gangs in New York City. He's a giant and heavily built man who you'll have to face almost at the very beginning of the game, during the mission "The Main Event". The following page of our Marvel's Spider-Man guide describes how to deal with this boss. 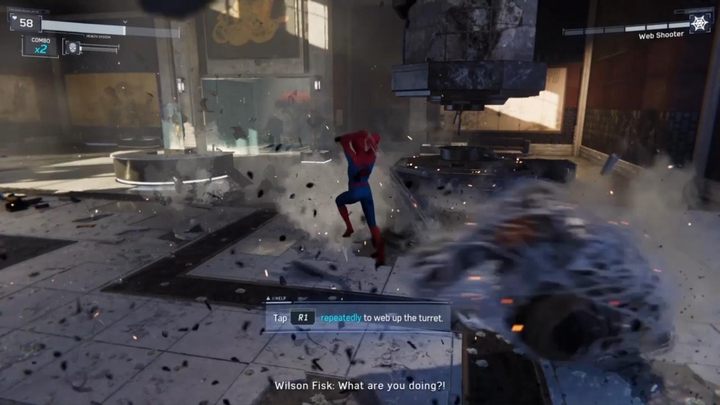 At the very beginning of the battle, you will find yourself in a room full of turrets. Avoid their fire, then use the L1+R1 to pull out a turret and throw it at the boss behind the glass. You have to repeat the maneuver several times - you will have a passage to Kingpin and start the proper duel. 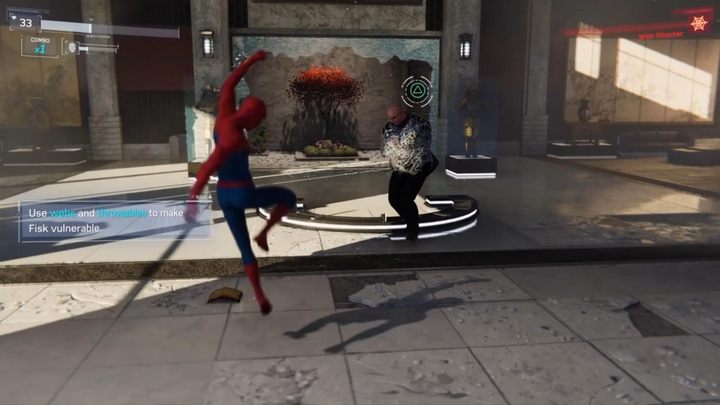 Although Fisk does not have any superpowers, his own physical strength is quite impressive. The opponent will hurl various objects at you - catch them and throw them back with L1+R1. Use the web to weaken your opponent and finish the sequence with a triangle. Peter will deal some damage, but that's not enough - watch out for Kingpin's powerful swings, which can take away indecent amounts of health. 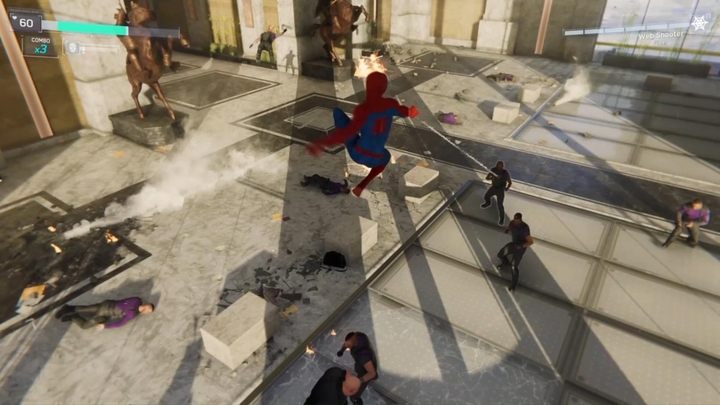 After a short time, you will see a cut-scene and move on to the next room. It's time for the next phase of the fight - the mechanics of boss attacks will not change, but a lot of smaller criminals will reach the arena. Focus on defeating the uninvited guests as quickly as possible - watch out for the boss' charges and powerful attacks. 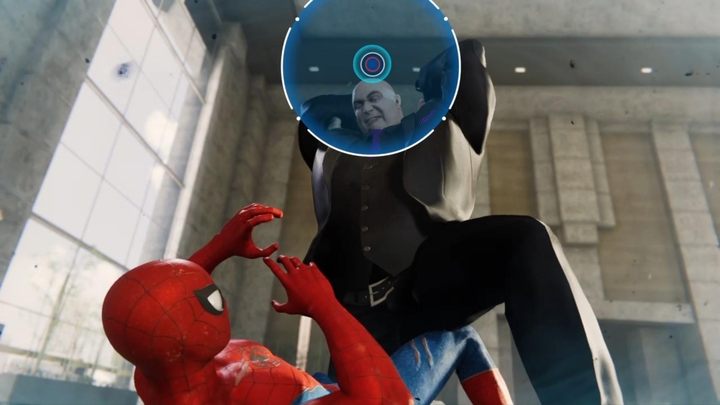 When you eliminate his assistants, it's time to take on Fisk himself. Once again, focus on using the web and throw various objects at the enemy. If necessary, heal yourself using the lower arrow on the controller. After some time, the enemy will be weakened and you will start a short QTE sequence. When you press everything in time, the enemy will be defeated and the mission will be successful.