In Marvel's Spider-Man you will encounter lots of enemies - combat is very important in the game. Those, who are not satisfied with the main storyline's fights can indulge in clearing enemy bases. After reaching a base, you will have to fight waves of enemies.

Base Tokens - you get these not only for clearing a base, but also for completing additional objectives. In order to save time, you should complete those first and only then start facing the waves. The best idea is to focus on clearing the bases towards the end of the game, when the protagonist is the most efficient in combat. Contrary to what you might think, fulfilling the objectives isn't very tricky - you just need the proper suit skills - for example, if you need 15 finishers, you should opt for the mod that boosts focus bar charge.

Let's now take a look at the types of Enemy Bases in Marvel's Spider-Man: 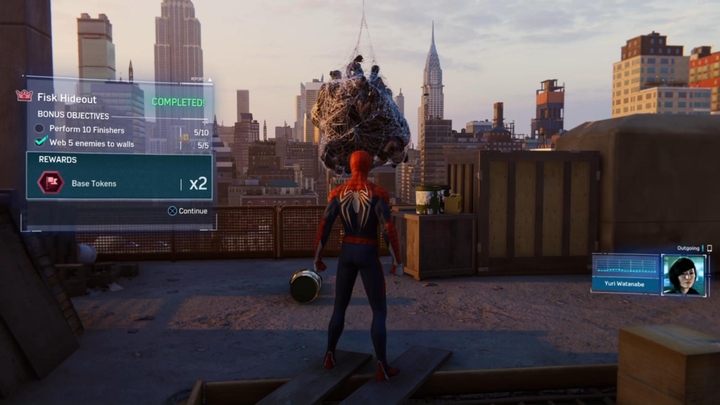 These are unlocked virtually right after the game's prologue. You will find members of Fisk's gang - these are the easiest bases. The enemies are rather weak and there's not too many of them, plus there are few special types of criminals. If you need a lot of Base Tokens, start with Fisk Bases first. 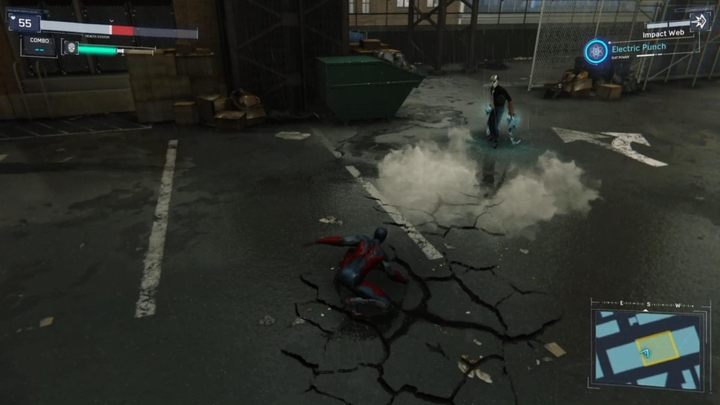 The mechanics here are identical to Fisk Hideouts - the difference is the fact that you will have to fight a gang of Demons. The enemies are stronger, you shall encounter more enemies and might have to fight a Demon muscleman. Once you've completed the Hideouts, start clearing the warehouses - they're cleaning them is considerably easier than in the next two cases. 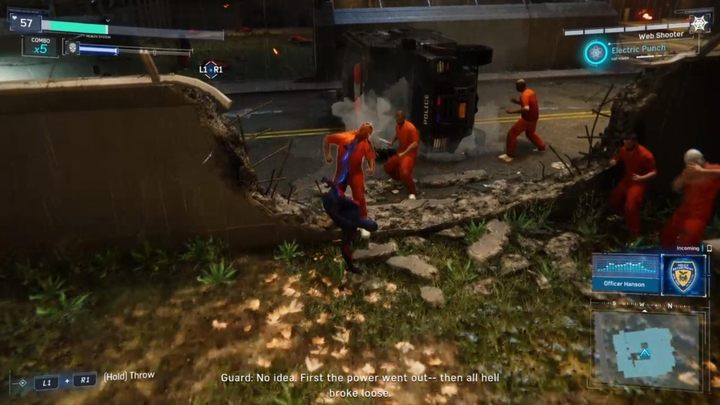 In the second half of the game, some criminals escape the local prison and establish their camps around New York. You will find many tough enemies there - stay very mobile in these fights. Don't get involved in fighting too many enemies. Before attacking, eliminate snipers first. The next big concern are enemies with launchers - the rockets can be avoided, but it's sometimes difficult in the middle of the fight. You should also remember that all of these camps are on rooftops, so it's sometimes easier to try and throw the enemies off the buildings. 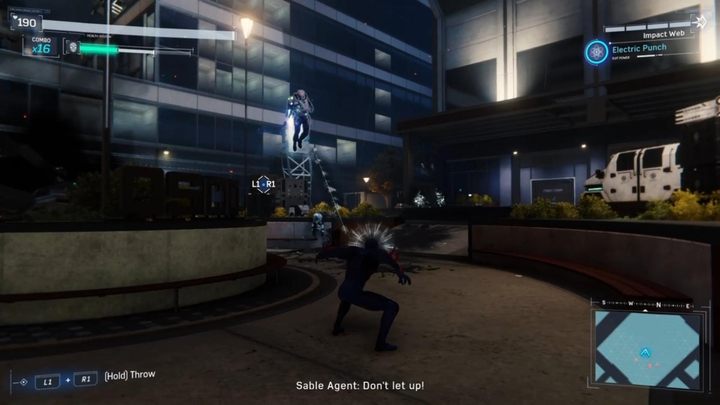 The Silver Sable bases are the most difficult bases in the game. First, it's a good idea to get rid of all the towers (L1+R1). Then, you might want to get outside the fence and fight in more open space. This makes some enemies stay in the base while the rest is chasing you. If too many of them leave, just go back and reverse the whole thing. Target the enemies with jet-packs first.