The following section of our Marvel's Spider-Man game guide answers the question - is it possible to speed up the time flow in the game world? Some missions of the plot take place during the day, and the other part take place at night. Regardless of the current activities, the game will automatically change the time of the day, but can you do it yourself? 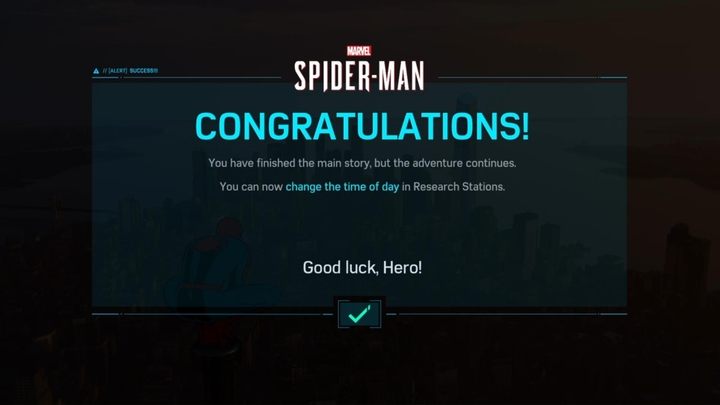 Game developers have provided an option to change the time and set the time of day - but this is only possible after the game has been finished. When you defeat all the super-villains, you will be able to go to the nearest research station and from there, according to your preference, determine whether you want to visit New York by day or by night. The passage of time is in fact of marginal importance - stealth missions, for example, will change the time to night hours.

The choice of game time is marginal and does not change the occurrence of other activities in the game world. However, it cannot be ruled out that the situation will change in the future - the developers have announced a DLC, in which night will have a huge impact on crimes that occur in the city.