This section of our Marvel's Spider-Man Game Guide contains a solution for Error: File Not Found side quest. 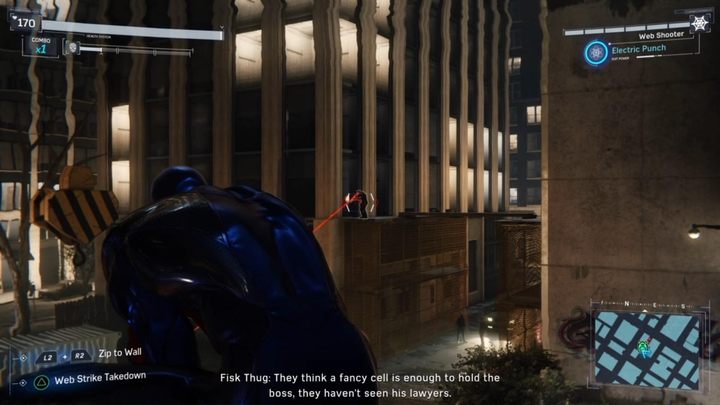 Talk to police officer and you'll find out that the evidence which proved Fisk's guilt are gone. Use your radar to get to the lost data drives. They are guarded by a large group of enemies - depending on your preferences, you can bet on attacks from shadows or direct confrontation. 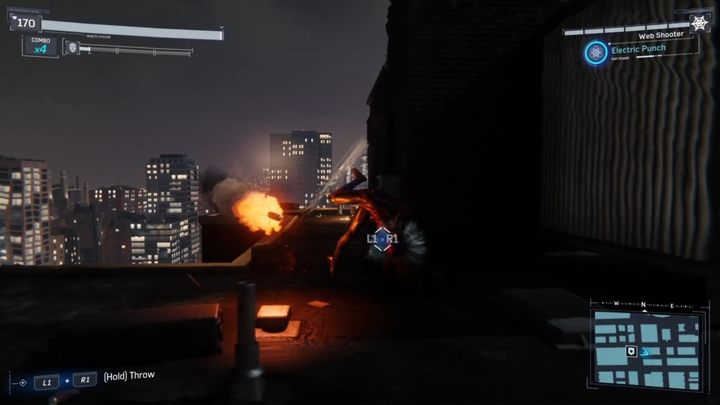 After the fight, approach the disks and take them away. You have to return to the police officer from the beginning of the mission. You will be bombarded with rockets - dodge the attack and rush to your enemies. After defeating them, significant forces of the Fisk's gang will appear. Go downstairs and help police forces to fight off the attack. 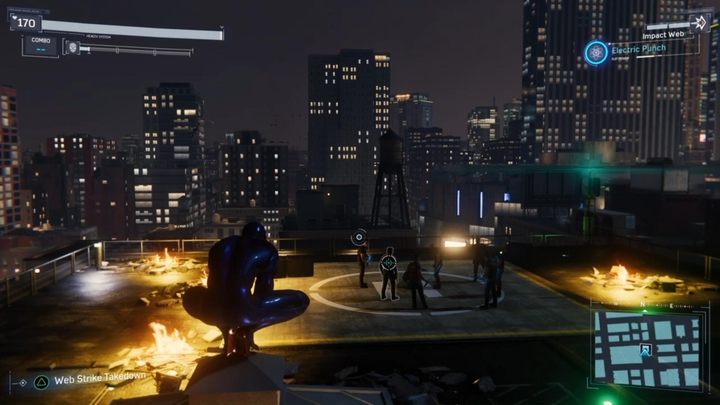 When the fight ends, an enemy helicopter will appear - rush to the roof of the building and help the beaten police officer. After the battle is over, the mission will end. The Kingpin will remain in prison!