The below section of the Marvel's Spider-Man's guide breaks down the "Tombstone: Let's Get Ready to..." side quest. Peter has to face the boss of the gang - Tombstone. The bossfight will be quite challenging. 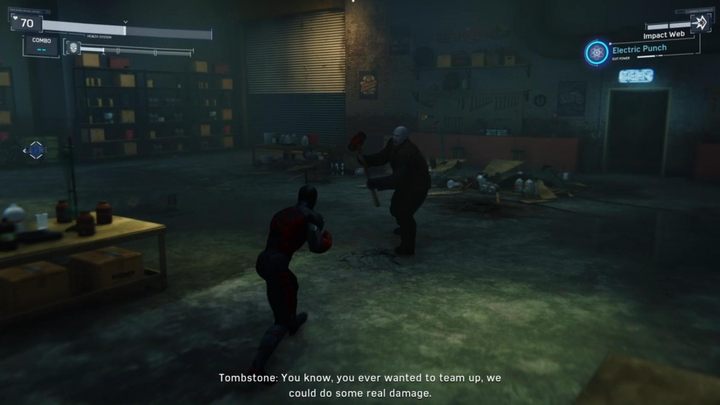 First, there's a cut-scene with Tombstone. After that, the fight begins. The enemy uses a huge hammer. He's able to produce a shock wave with some attacks. Additionally, he also sometimes finishes a combo with a powerful kick, so make sure you know when the combo is actually finished - it's easy to get caught by surprise. Tombstone very susceptible to gadgets - shoot the web at him and perform combos while he's vulnerable. 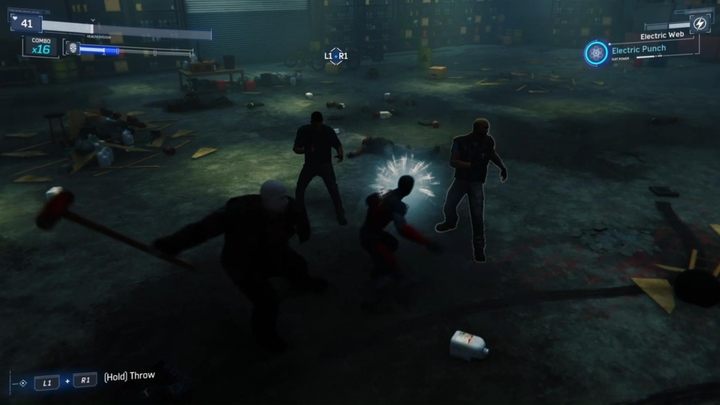 After some time, some henchmen of his will appear. Eliminate them first, but make sure to avoid the boss' attacks. During this fight, dodging will be crucial - as few as one or two hits can leave you with critically low HP. After clearing the arena of lesser enemies, focus on Tombstone again. 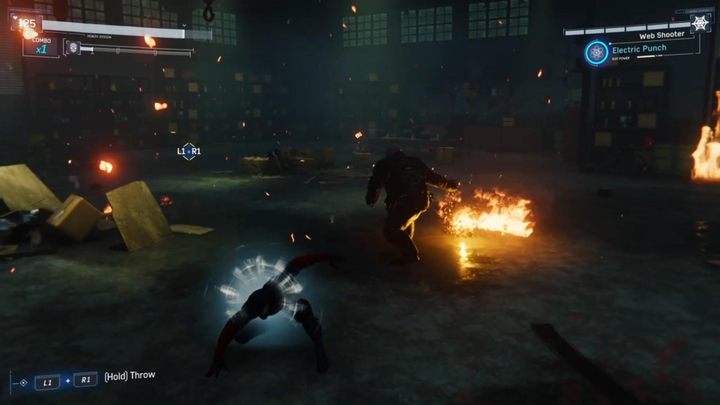 Time for the third stage of the fight. The enemy will grab fire chains and start swinging them in the manner strongly resembling a famous slayer of gods. These attacks are pretty difficult to dodge and Tombstone is able to launch pretty long combos. Try a new strategy now: try to encircle the enemy and wait for his combo to end. Then quickly close in, deliver 3-4 punches and retreat. Dodge to the right and try to repeat this pattern. If you're low on HP, try to get away from the boss and throw some items at the boss to refill the confusion bar. The boss will eventually drop dead, and the whole storyline will be finished.