The following page contains the walkthrough for the "Storming the Castle" side mission in the PS4 version of Marvel's Spider-Man. 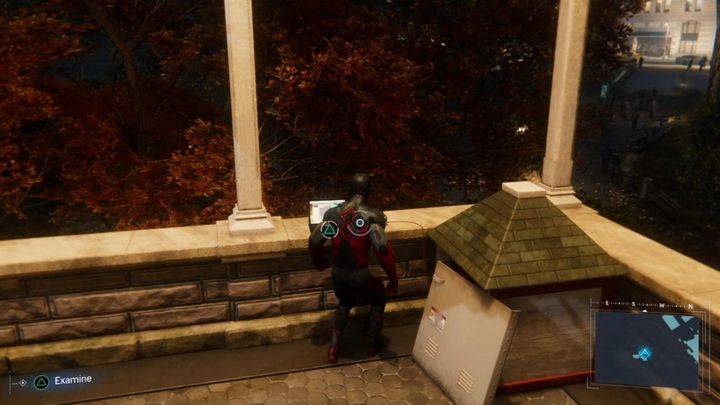 Head for the suspicious location marked by the woman. Indeed, the castle is full of thugs. As usual, you can take the stealthy approach and take down some of the enemies. Once you're done with the opposition, approach the laptop and talk to Stephanie. One of the pigeons stole a memory stick with critical data! 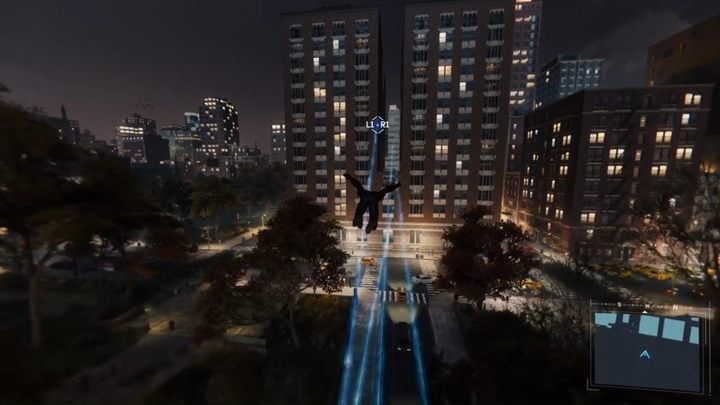 Your job is to get it back. The thing is, there's a lot of pigeons in New York. They will leave a blue trace, enabling you to locate them. Chase down the birds, catch them using L1+R1 and check whether they have the stick with the data you seek. Eventually you'll find your pigeon and get the item back - take the memory stick back to the laptop. 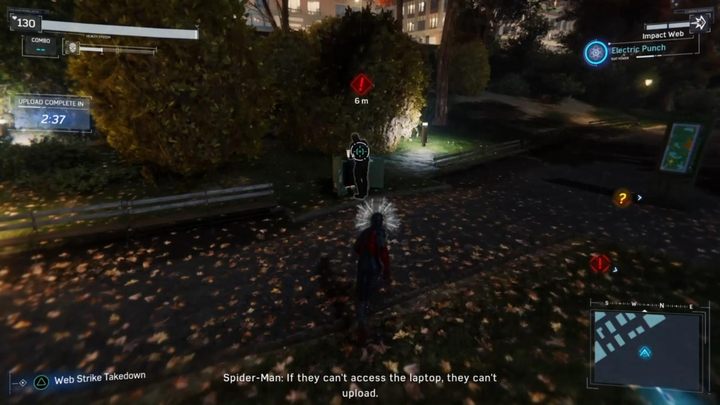 The next thing you need to do is to head to the park and stop the criminals from transmitting the data. Take on the enemies and don't let them approach the laptop - each second you let them spend near it will reduce the time limit for completing the quest. Focus on taking down single enemies and interrupt anyone who tries to fiddle with the laptop, e.g. by using gadgets. 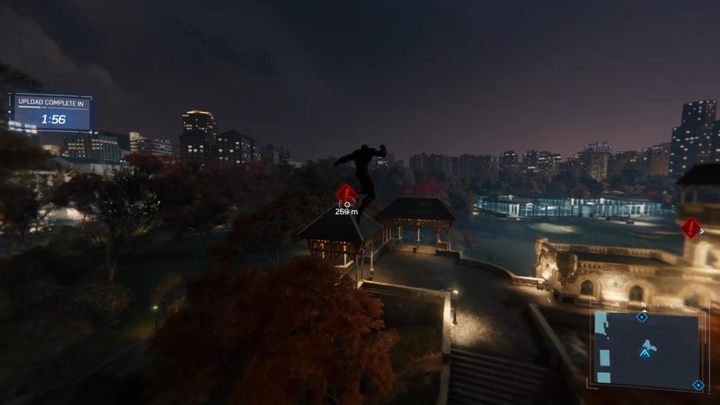 Having taken out the enemies, you'll be informed of two more "hot" locations. Head there and repeat the same procedure - note that the transmission cannot be interrupted at the third location, so you need to be efficient. Focus on finishing moves, use web, and clear both locations. 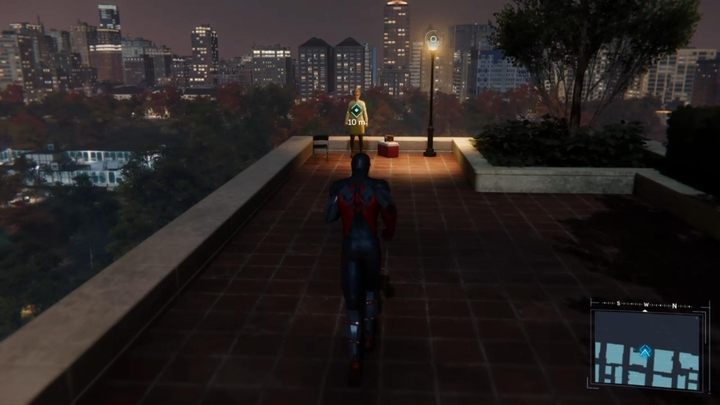 The final part of the quest is to return to Stephanie, who in the meantime was found by Fisk's men. Take them out quickly and talk to the woman to complete the mission.