The following page contains the walkthrough for the "The Network is Down" side mission in the PS4 version of Marvel's Spider-Man. 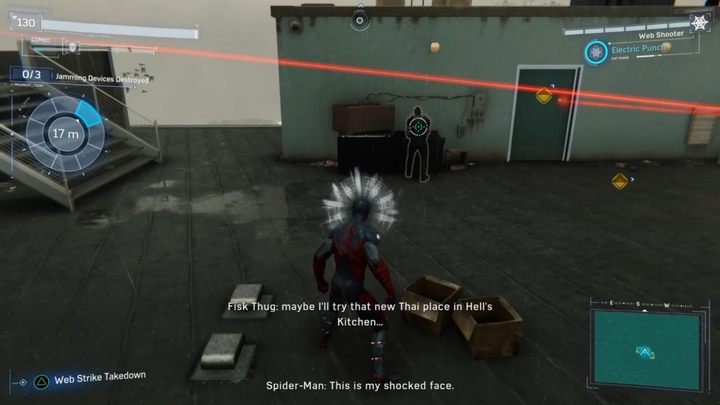 Your task will be to track down the source of a signal. On your left there will be a sensor - head for the source. After a short while, you will reach a skyscraper rooftop loaded with Fisk's welcoming committee. Begin with eliminating the snipers - remember that you can use gadgets to easily throw the enemies from the roofs. After the battle is over, destroy the first jamming device. 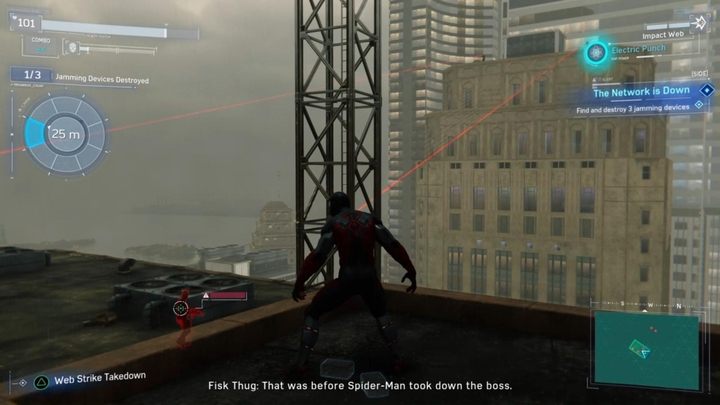 Head for the next location indicated by the radar. The situation with jammer number 2 is the same as previously - lots of bad guys to pummel. The difference is the fact that the snipers can be found on a neighboring skyscraper, so pay them a quick visit and don't forget your change. Return to the first building and wipe the rest of the enemies. And don't forget to take out the jamming device. 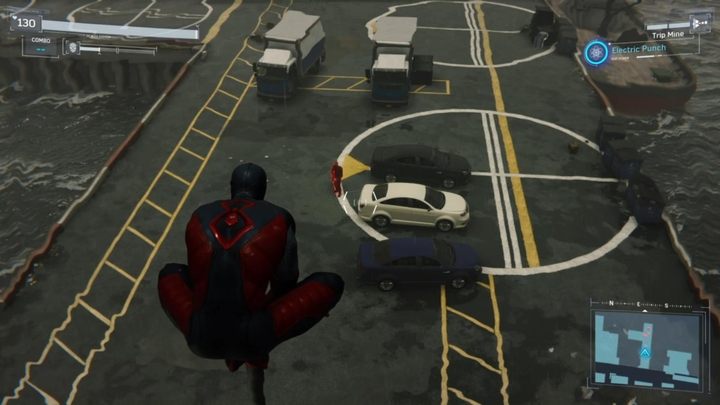 Repeat the procedure at the third device - head for the roof and kick butts. When the dust settles, you'll get a phone call, suggesting you go to the docks. Once there you'll encounter, surprise, surprise, a large number of enemies. It might be a good idea to take out at least some of them silently. Once all the bad guys have their lights knocked out, the brave police force will come to contain the situation. And so the mission is completed.