The following page contains the walkthrough for the final story mission - "Pax in Bello" - in Marvel's Spider-Man. It's time to settle things with Doctor Octopus. Once friends, now mortal enemies - will Peter be able to best Otto? 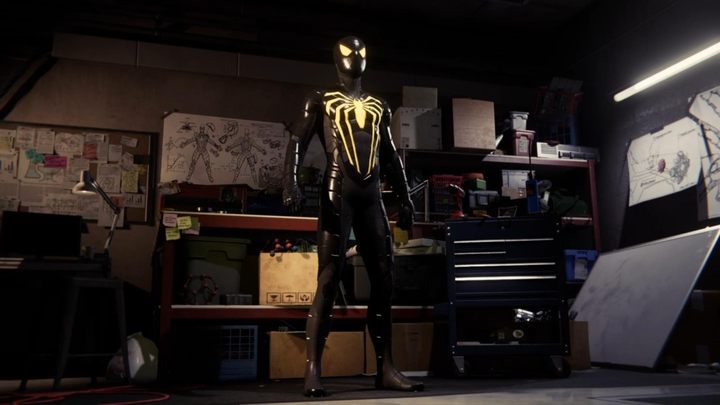 Head for the lab. You'll watch a cut-scene, in which Peter prepares himself a new costume, created exclusively to take down Octavius. The boss is a really difficult challenge, and may be a very tough foe to beat, unless you use the following tactic for the battle. 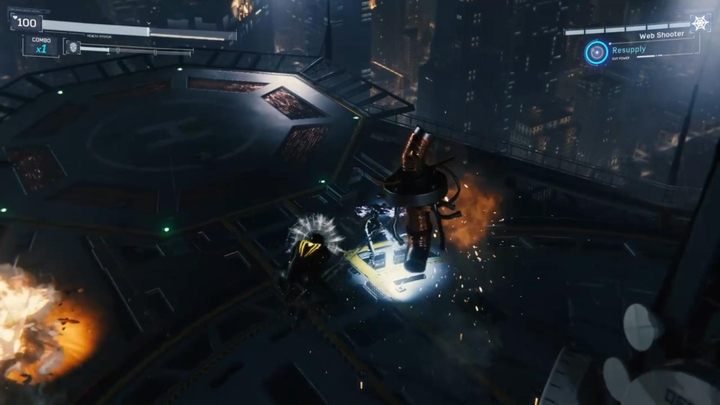 When the battle starts, do what you can to use the web and swing above the arena. If you stay on the ground, the enemy will approach you, launch a series of fast attacks and deal a lot of damage. If you're above, he'll grab metal objects and throw them at you. Catch them and throw them back, which can stun him, so you can land some damage yourself with the triangle. 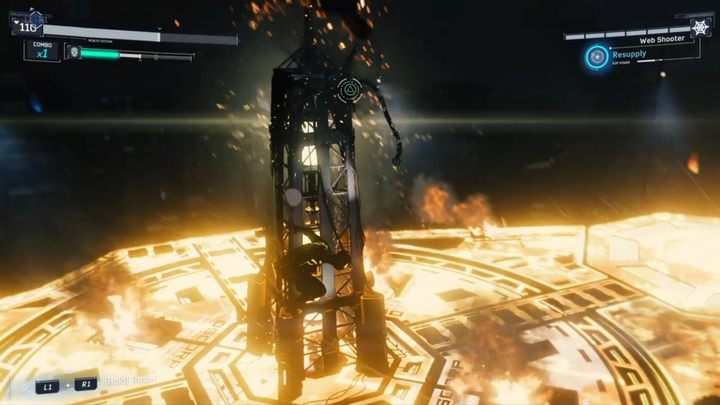 The tactic is simple, effective and has one more positive aspect - successful throws give you a lot of concentration, which can be used to heal yourself. After a while, the powerless boss will climb on the transmitter - proceed with your bombardment and shoot him down with a few well-placed projectiles. 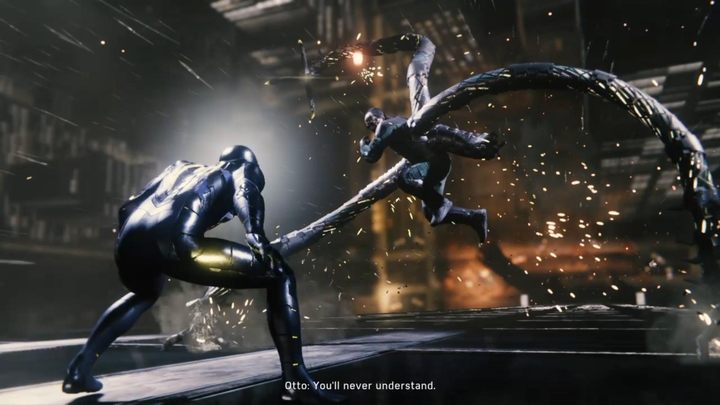 Now, you'll have to repeat the whole section of the battle, including the zapping of the whole area. Eventually, you'll reach a cut-scene, and the battle will move to the outer wall of a skyscraper. Evade Octopus' blows and land your own. After you've dealt enough damage to each other, it will be time for long and dramatic cut-scenes. 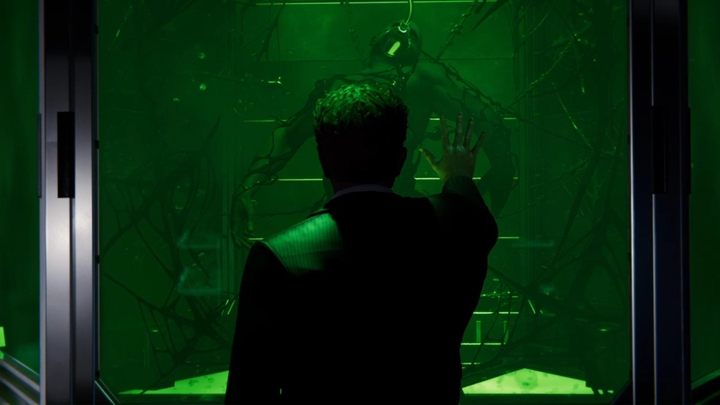 Congratulations! You've completed the main storyline of Marvel's Spider-Man. As per Marvel's tradition, if you sit through the credits, you'll be rewarded with two hidden scenes, foreshadowing the birth of Peter's arch-enemy - The Green Goblin!

You can now continue to explore the city and complete side activities. From now on you can enter the research facilities and control the flow of time in the game at your leisure. Additionally, you will be awarded with 5500 XP.