The following page of our guide provides a walkthrough for the "Heavy Hitter" mission. Spidey is back. Now it's time to pay some debts to Rhino and Scorpion - there's a double boss fight waiting for you. 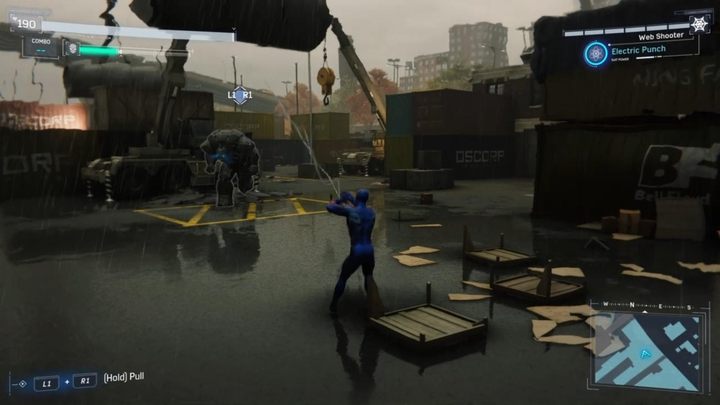 You will begin the battle with Rhino. As you could have guessed, the enemy relies mainly on his charging attack. Your task is to lure the enemy to charge under objects that you can bring down with the help of web shooters. This game will make it easier for you by slowing down the time (on the default difficulty level) so that you have time to aim at the object. Rhino will be vulnerable when hit, and use the triangle to deal some damage. 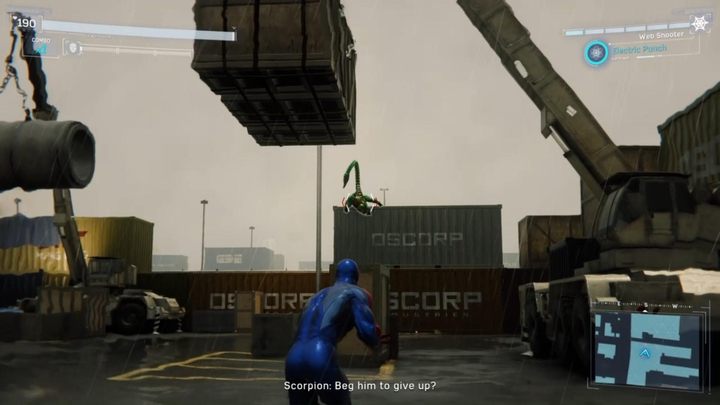 Repeat the trick a few more times and Scorpion will appear. Do you remember the trippy stage where you fought with several Scorpions? He's got the same move set as before. Finishing the battle with Rhino will have to wait - the second boss is fast and will be getting in the way all the time. You should focus on using the web and stunning the enemy with the giant sting. 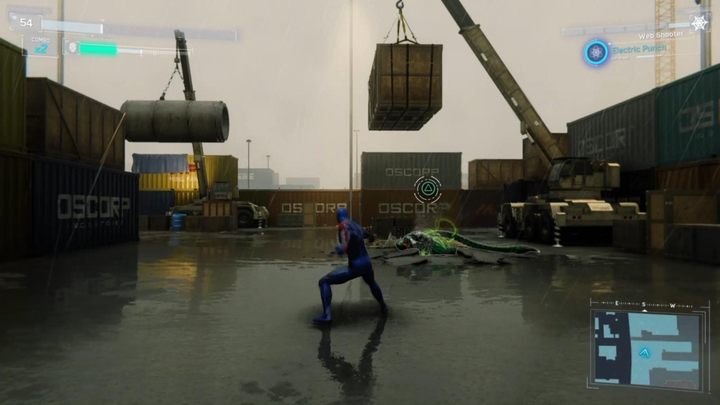 Rhino's attacks are easy to avoid, so focus on Scorpion. The electric web and fast combos turn will knock him out of the battle. If necessary, remember that you can use the web to swing around the arena and be virtually impossible to hit. Once one of the bosses has been taken out, take care of the other - which is going to be a piece of cake.

After you win, you will be rewarded with a satisfying cut-scene - another pair of super-villains lands in jail. You'll also get 5000 XP.