On the following page of our Marvel's Spider-Man Game Guide we have described the ...into the fire mission. Injured Peter sets off to help the city, which had been captured by the criminals. 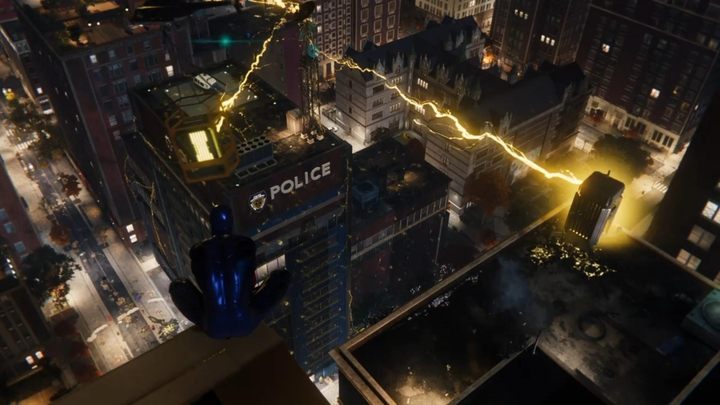 Get to your nearest target. You'll find Electro there, who attacks a police skyscraper and locks everyone inside. Start by defeating the smaller enemies who will start attacking you. Then select your web and use it to destroy the transformer. 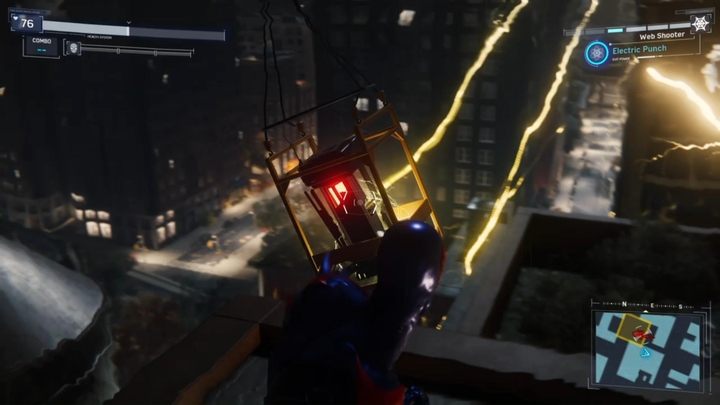 Move on to the next skyscraper and repeat the previous procedure. All in all, you will have to visit several buildings, defeat several enemy groups and knock down transformers. The last device is attached to the helicopter - destroy it as soon as it's within range. 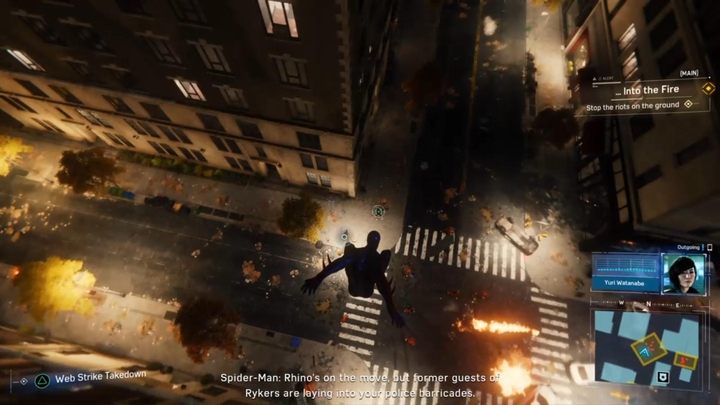 New enemies will appear to attack the police. Quickly get rid of them and you'll find out that Rhino's raging nearby. Go to the location and you will see a cutscene. After it, you can start fighting the prisoners right away. Several barricades will be marked on the map, which have to be cleared of criminals. 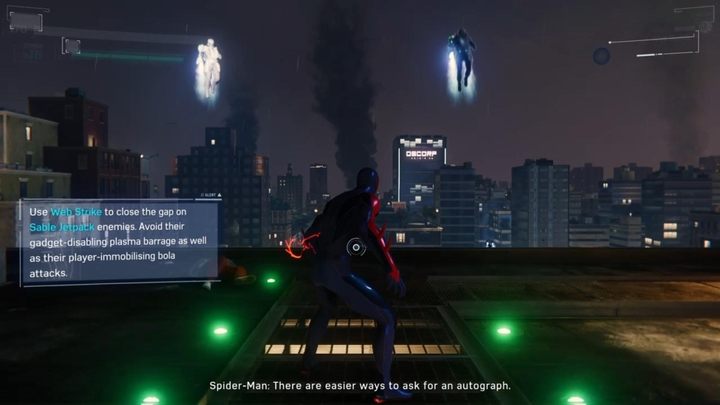 When you reach the top of the building, the Sable mercenaries will attack you. Enemies use jet-packs, so it's best to pull near their position and quickly eliminate them. Opponents are also susceptible to gadgets, among other things. 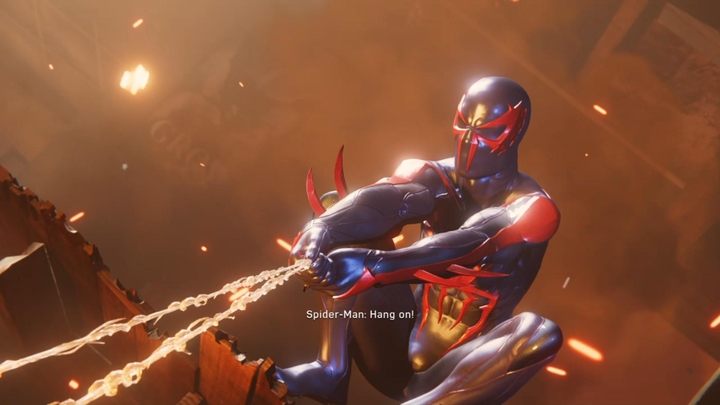 Once the danger has been resolved, you will receive a phone call from MJ. The F.E.A.S.T. is on fire - rush at top speed to save aunt May and Miles. A cutscene is waiting for you after you get to the spot. With the last of his strength Peter will save others and barely escape with his life. The mission will be successful. Reward: 5,000 XP.