The following chapter provides a detailed description of the walkthrough of the "Wheels within Wheels" quest in Marvel's Spider-Man. Peter picks up the trail of a suspicious warehouse and plans to search it thoroughly. 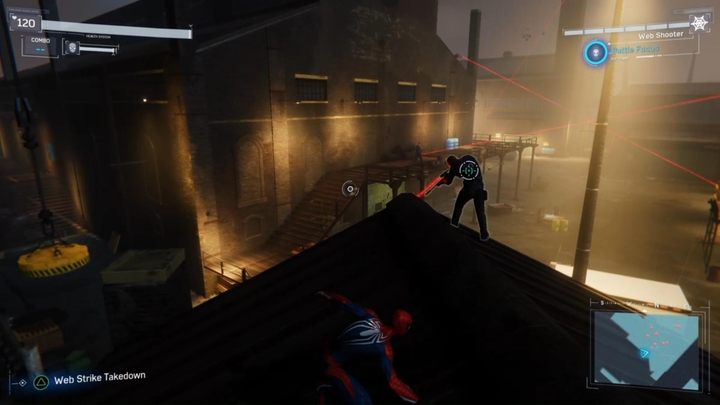 At the beginning of the mission, you will be undetected - it is worth taking some time to eliminate the snipers from hiding. Their attacks are quite powerful, and, additionally, they occupy convenient positions from which they can attack you during your skirmishes downstairs. After dealing with this threat, start fighting the remaining thugs. The fight should not be particularly difficult - after it ends, a police car will appear and a policeman will support you in completing the next objective. 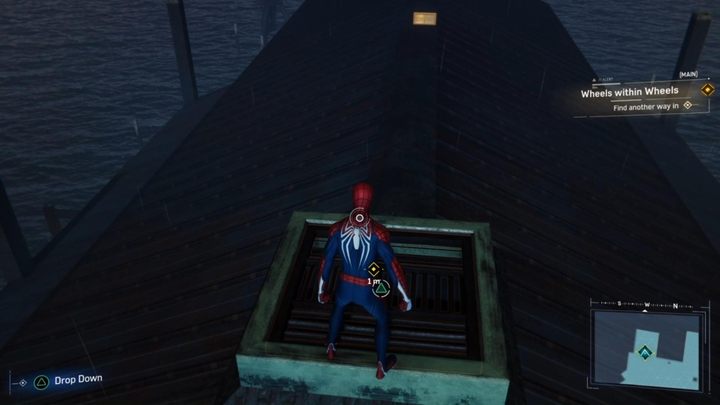 Go to the roof of the warehouse and then through the hatch that you will see there. Jump down and approach the taser on the ground, which will make Peter come up with the idea to create a new gadget. Construct the Electric Web - this "toy" will allow you to shoot electrical discharges at objects and enemies. Test it by shooting the electric box next to the gate, which will allow policeman Davis to come inside. 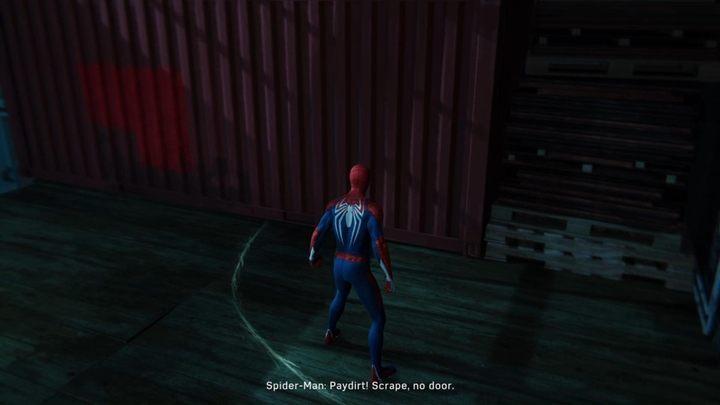 Press R3 and scan the environment. Find the next box (located above you) and shoot at it using the Electric Web. Together with Davis, you will discover a hidden cache, but you will not find anything inside. Now go upstairs and approach the location shown in the picture above - Peter will identify another stash. 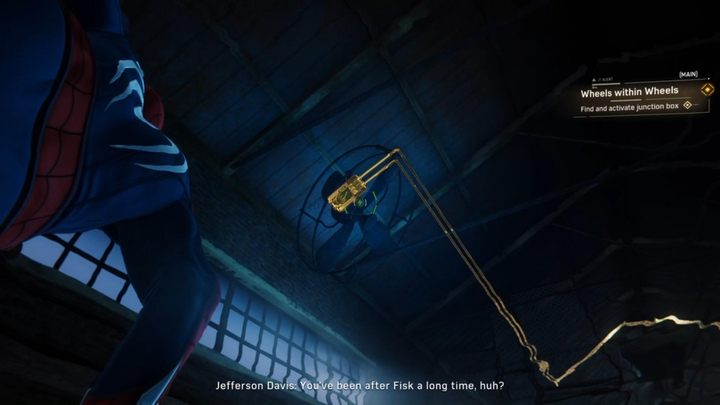 Wait for the policeman to enter the elevator and shoot the reel above him in order to pull him up. Find another box, which is hidden behind the windmill and shoot at it, revealing the way forward. Jump down, raise one of the elevators (by using the reel) and shoot at the exposed box. 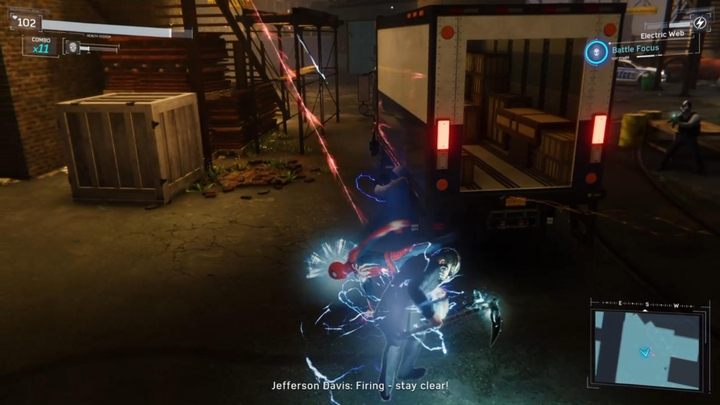 Continue moving through the passage you have uncovered. Climb the wall and help the policeman with finding the correct path. Keep going forward and you will finally discover the Demon hideout. You will have to fight against a large number of enemies here - use the newly unlocked gadget to make the fight easier. 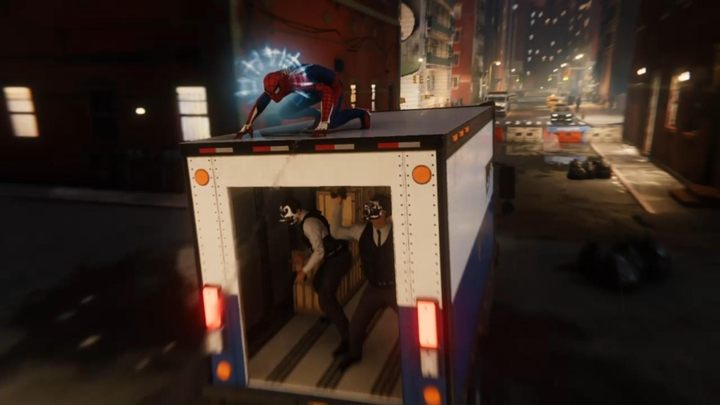 After defeating several waves of enemies, you will start chasing a truck. Remain in pursuit, while trying to close the distance - but watch out for the missiles which will be fired at you, you can avoid them with the help of dodging. When you approach the vehicle, press the triangle button. Go to the side of the truck and knock out the enemies you will encounter. Then move on to the front and stop the van. 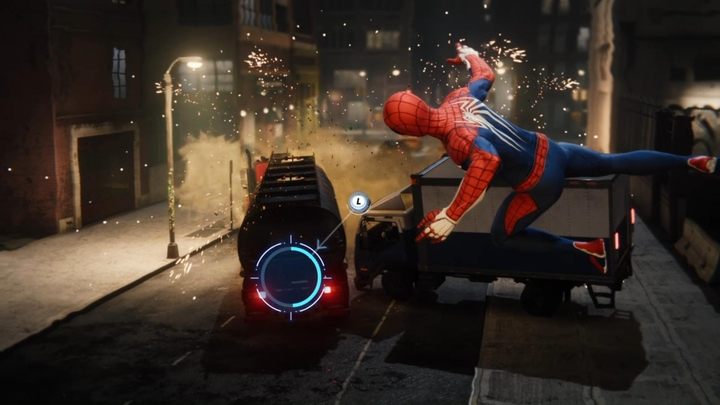 At this point in time, you will have to press a certain sequence of buttons, which will be displayed on your screen. When that has been dealt with you will see a short cutscene - officer Jefferson Davis will save your life moments before it is cut short. With the task completed, you will gain 2,500 XP!