This page of the game guide to Marvel's Spider-Man presents a description of the quest titled "Keeping the Peace". This mission will introduce you to the numerous side activities in the game's world. 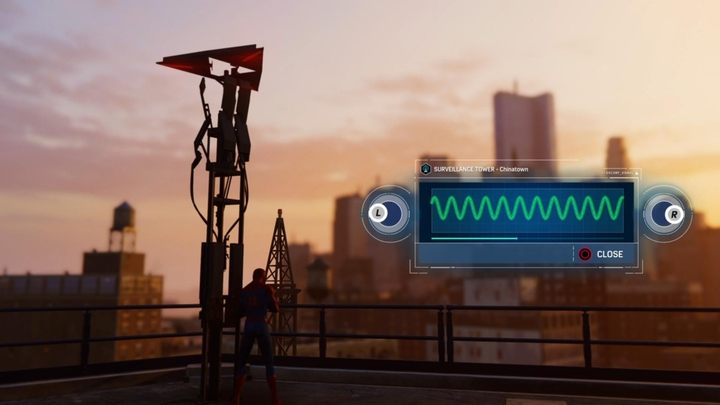 Head to the marker and you will reach the top of the police headquarters, where Yuri Watanabe awaits you. After a conversation, approach the tower next to your location and start fine-tuning the sound waves. You must use the knobs to synchronise the signals. When you succeed, you will reveal the map of the district you are currently in, and discover all of the side activities. 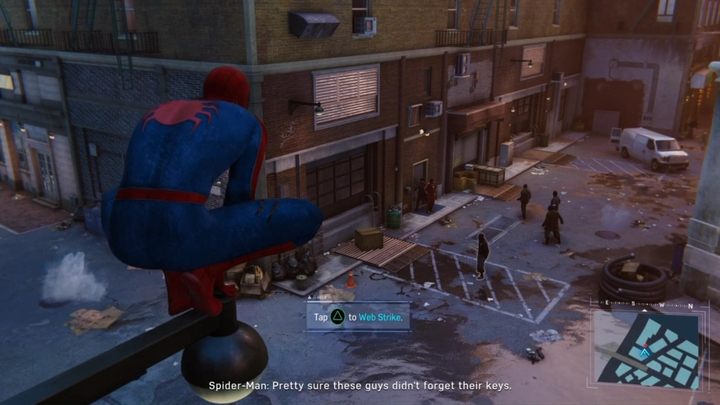 Jump down and head for the red triangle. You will discover a type of side quests - crimes. These short tasks are mainly based on fighting enemies or taking part in pursuits. In this case, you must defeat the oppressors who are trying to break into the building. 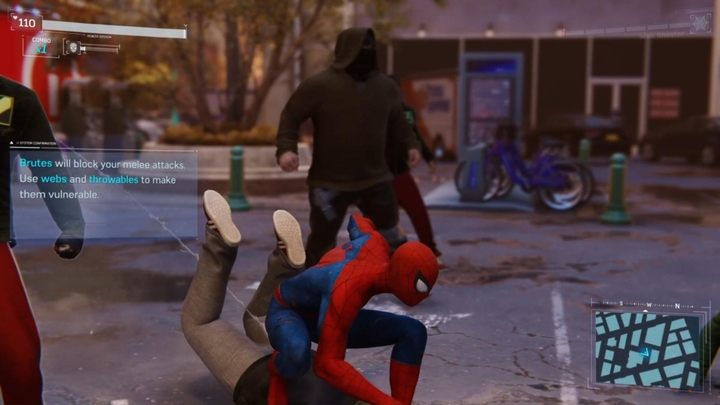 After the fight, go to the next triangle, and you will come across another attempt to commit a crime. This time the victim is an unarmed woman, jump down and start a duel. You will come across a new type of enemy - the Brute. They fight similarly to the Kingpin, dealing a lot of damage with each attack. Use your gadgets and try to throw any nearby objects at them. 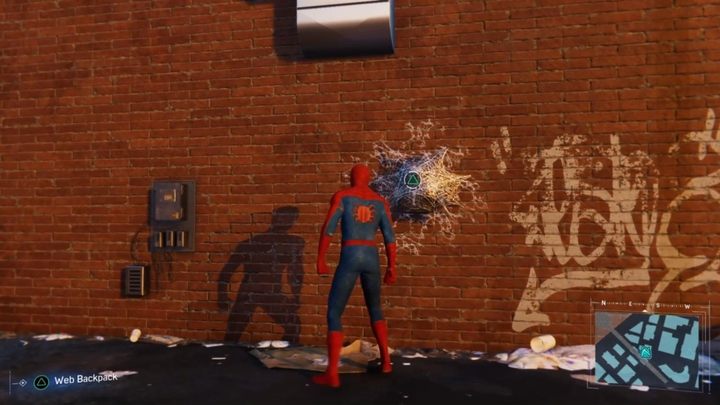 After the fight, go to the next building and proceed to the marker on the map. Another observation tower is waiting for you - tune the frequency correctly and you will gain a preview of the next district. You will also discover backpacks - collectibles that you can gather throughout the city. Go to the nearest one and collect it. 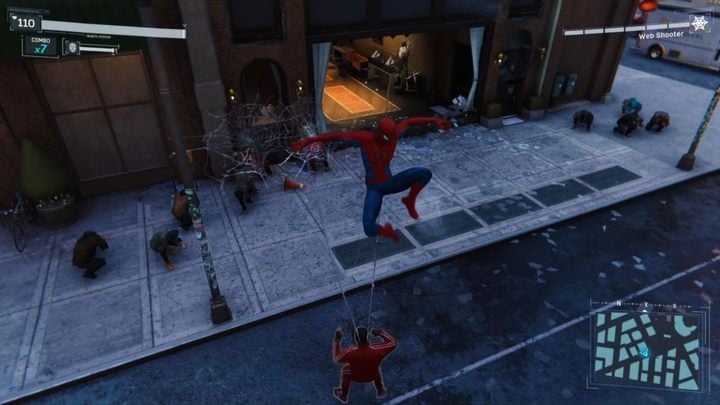 Proceed to stop the next crime. This time you will be dealing with a robbery at a jeweller. Defeat the enemies, who are carrying firearms, and then reinforcements will appear. Defeat the next group of foes, and successfully prevent another crime from taking place. 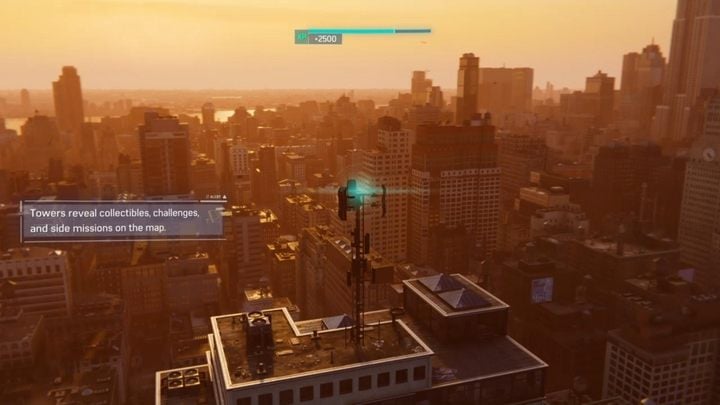 The last target is the next observation tower, which is a bit distant from your current position. Fly above the streets of New York and reveal the secrets of the next district. Thanks to this, the mission will end in a success and you will receive 2,500 XP as a reward.