This page of the game guide to Marvel's Spider-Man presents a description of the "Clearing the Way" task. This is a short mission in which you will learn the basics of controlling Peter, and fight your first duels against thugs. 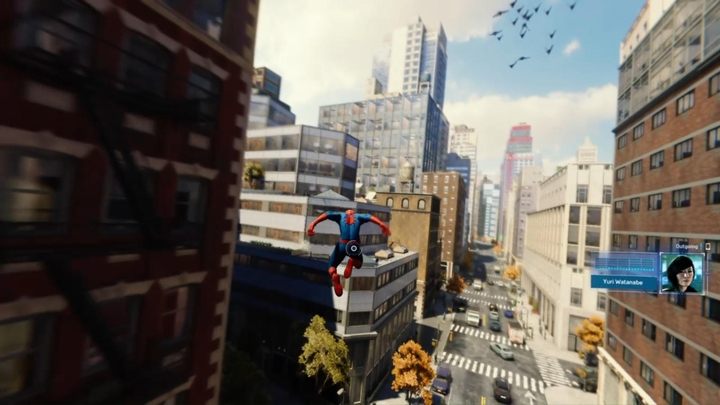 The game starts with a cutscene, in which Peter will hurry to get ready to help the police. After a while, you will hit the streets of New York and take control of Spider-Man. The game will teach you how to use the web to swing and glide high above the streets. Take some time to master the basics of moving around - this is an important part of the game. When you are ready, go to the yellow marker, which will show the next objective of the main mission. 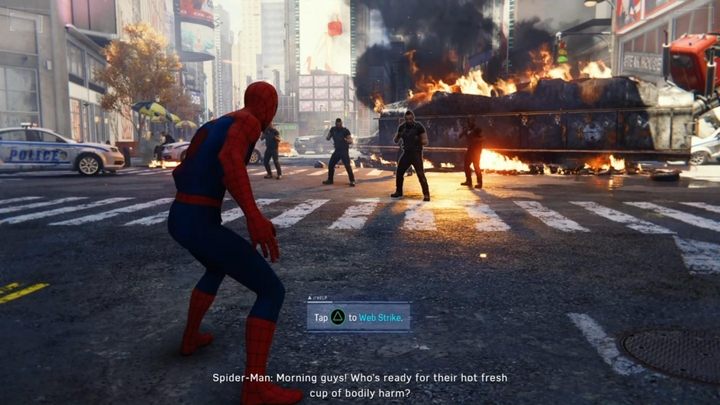 Once you get there, you will be witness to a scene in which the police will be surrounded by a group of criminals. Join the fight - this time there is a battle-related tutorial waiting for you. The combat system in the game is quite complex, although it also offers a large number of combos and the possibility of using very intricate blows. Dodging plays a very important role in the fights - when you see a glow around Peter's head, press the circle on your controller and your character will avoid any incoming damage. Your opponents will be quite weak, but you should watch out for their firearms. 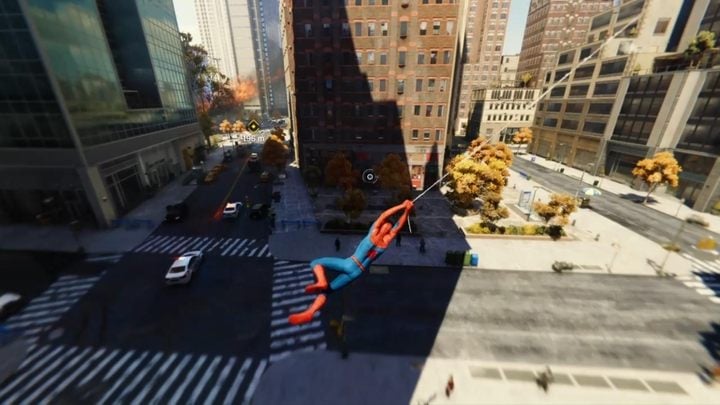 After the fight, go to the next marker on the map. Swing on the web and pass subsequent police cars until you reach the building occupied by thugs. After a short cutscene, this brief mission will end and you will automatically start the next mission named "The Main Event", which has been described on the next page of this guide.