This page of the guide to Marvel's Guardians of the Galaxy features a list of the best abilities of the team members. We explain how each recommended ability works, how to unlock it and when it is best to use it. 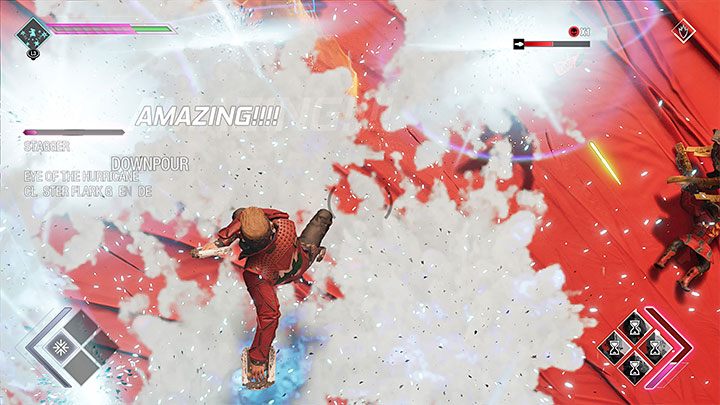 Fan the Hammer - This is a great ability of the main character and you can buy it for 2 development points. It allows you to conduct heavy blaster fire, which is similar to the use of stationary guns from other games. You can control the trajectory of the projectiles at will and focus on attacking 1 stronger target or weakening an entire enemy group.

Eye of the Hurricane - This is a great AoE skill, which you can buy for 3 development points. It allows you to throw grenades at enemies - you have to run between them and activate the ability only then. All nearby enemies will take damage, and their stun bars will charge faster. 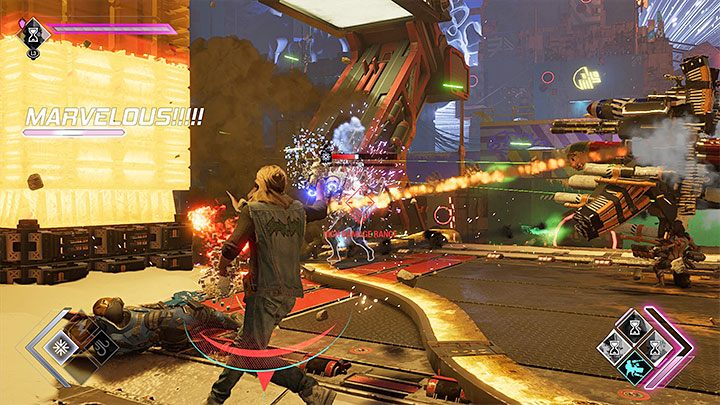 Cluster Flark Bomb - This is a rocket attack performed by Rocket and it's available since the very beginning of the game. The attack can inflict more damage to all enemies within its range. This is a particularly good ability to attack enemies that were stopped by Groot's Entangle ability.

Five Barrel Barrage - That's the name of Rocket's mega ability, which you'll automatically access in Chapter 11. From now on, we advise you to use it in every major battle. It's an even heavier fire from all Rocket's equipment, which can inflict powerful damage on enemies. It works best on enemies that you have previously staggered with other abilities. 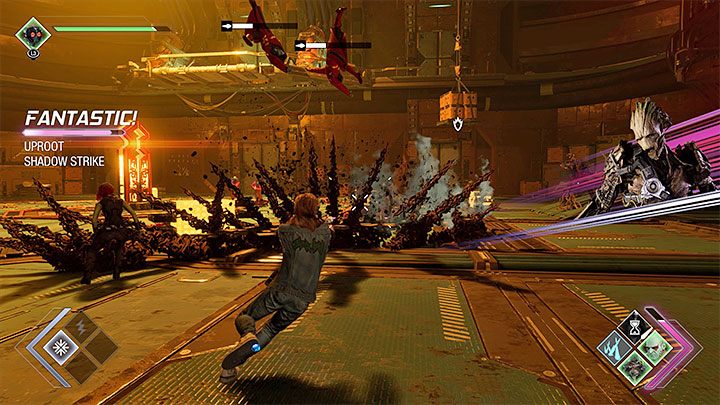 Entangle - You can use this ability since the very beginning of the game. It immobilizes attacking opponents. By itself, it does not deal any damage, but stopping the enemies in their tracks can make them a great target for your attacks and for offensive abilities of other team members.

Uproot - This is Groot's offensive ability, which you can buy for 2 ability points. It slides the roots out from the ground, which then "catapult" smaller and medium-sized opponents into the air. This attack is great not only for dealing damage, but also for interrupting enemy group attacks, because once they're thrown into the air, they will be defenseless for a short time. You can also combine it with other abilities.

Gift of the Florae - This is Groot's mega ability which unlocks unfortunately only in Chapter 14. It allows you to resurrect fallen team members and restore their abilities. This is useful in more difficult battles, where it's easy to lose a team member. This ability can also save the Star-Lord from dying. 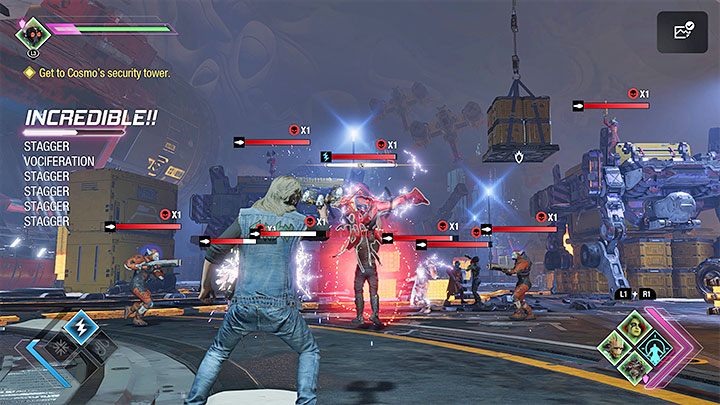 Destroyer - It's Drax's basic ability that you don't have to buy. Its main use is quickly charging the stagger bar of the attacked enemy. You can use it to trigger other heroes' abilities on a stunned opponent (e.g. Gamora's Deadly Strike) to deal them a lot of damage.

Wrath of Katath - It's Drax's mega ability that you'll automatically access in Chapter 12. Here, the ability also fills up the stagger bar, but it works better - it can have a stronger effect on 1 opponent and a bit weaker on other enemies nearby. 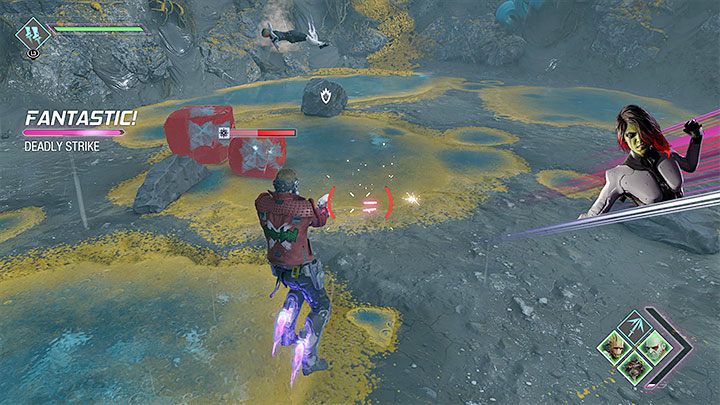 Deadly Strike - This is Gamora's starting ability, which you don't have to buy. It allows you to deal heavy damage to a single opponent and works well with Drax's Destroy and Wrath of Katath abilities - you can first have Drax stagger someone and then make Gamora attack the weakened opponent.

Shadow Strike - This skill works well for attacking enemy groups, although it can also be used to deal a lot of damage to a single enemy. It costs 2 development points. Attacks only drain the health bar, and this ability doesn't charge the stagger bar.

Executioner - This is Gamora's mega ability, unlocked in Chapter 12. This attack is very effective during boss fights and clashes with elite enemies. It targets singular enemies, who, after Gamora's series of attacks, can take very heavy damage.