This page of the Marvel's Guardians of the Galaxy game guide lists our top recommendations for perks. You'll find out which perks are the most helpful during combat, how to buy new perks and how they work. 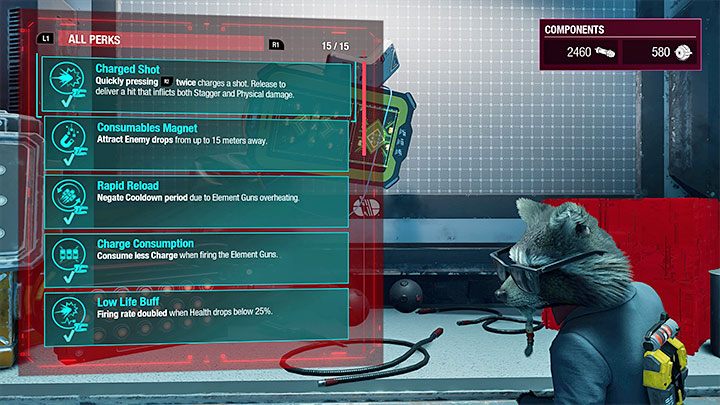 Perks are new skills for the Star-Lord which you can unlock as you progress through the game. There are a total of 15 perks to unlock and there's a good chance you'll have all of them by the end of the campaign.

Most perks are passive and simply provide you with various stat bonuses. However, this is not the rule and the two perks described below differ in that they have to be activated manually.

Perks can be purchased at workbenches - one bench is always available on board of the Milano, while others can be found in certain locations you visit. Perks can be bought with crafting materials, which you should try to collect on a regular basis as you explore new areas. Crafting resources only drop as loot. They can't be obtained as rewards for completing missions, for example. 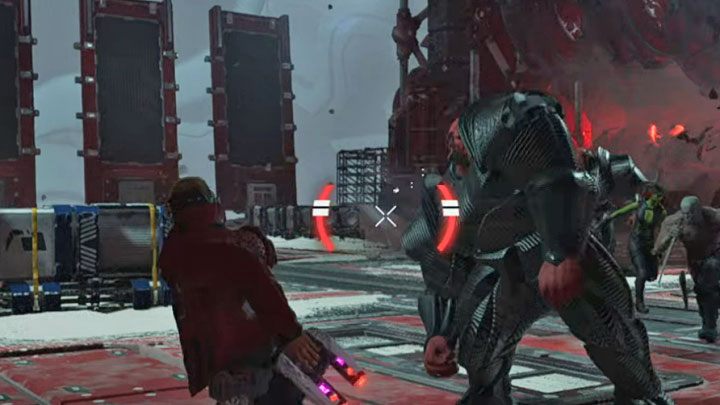 This perk allows you to cool down your main character's Blasters faster, which resembles perfect weapon reloading from the Gears of War series. After activating the cooling / reloading, you need to press the button when the indicators are in the central zone (example in the screenshot). This will allow the weapon to cool down faster, so you can get back into the fray more quickly. Unfortunately, if you make a mistake, then reloading will take longer, so it's a good idea to spend some time practicing this skill. 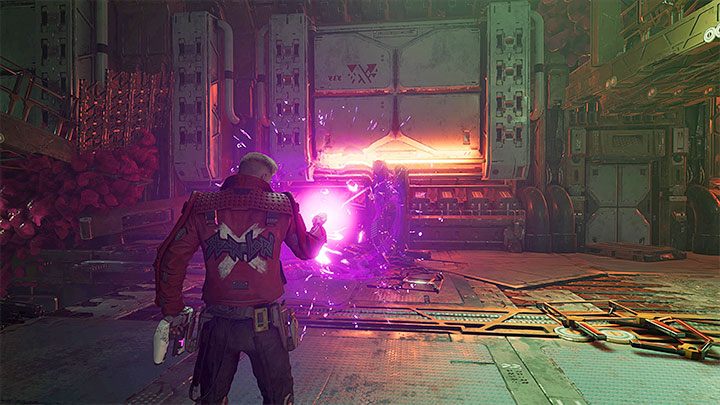 The Charged Shot should be one of the first perks you buy. It's activated by pressing the right trigger 2 times and holding it after the second press. This will start the process of charging the Blasters. Once they are fully charged, you can release the right trigger and launch a single, powerful projectile.

For obvious reasons, this perk is most effective against single strong opponents. Its main advantage is that, in addition to dealing more damage, it can speed up the charging of the targeted opponent's stagger bar. 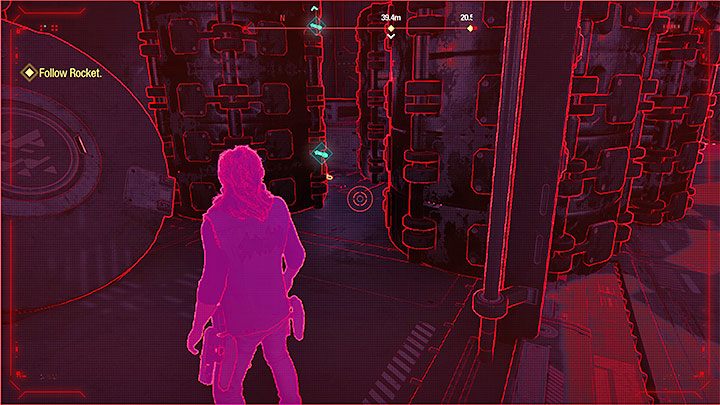 We advise purchasing this perk early in the game, preferably as your second perk. Once activated, it will help you in finding crafting components. As soon as you are near crafting materials, an icon will appear on the screen informing you about them. You can also use the visor to help you find the exact location of the crafting materials.

Thanks to this perk, you'll reduce the chances of missing components throughout the game, as many of them are hidden in side areas and pathways that you may not notice on your way towards the main mission objective.

Once you get the perks listed above, check out what else is available. In particular, we advise you to consider unlocking the following perks early: