How to control the Star-Lord during battles 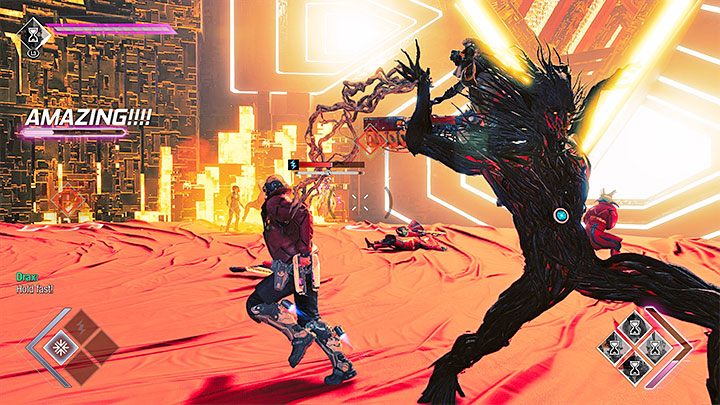 The Star-Lord is the only playable character in the game and you don't have to learn the different abilities of the remaining Guardians of the Galaxy. The most important things to remember during any fight are:

Abilities of the main character and the rest of the team 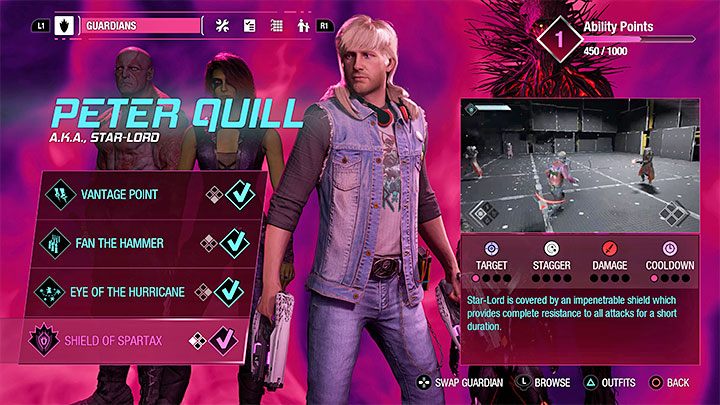 You can command the Guardians of the Galaxy by manually activating their abilities. This is done from the drop-down menu, where they can be selected - you need to hold down L1/LB and there will be a slight slowdown while you're making your selection.

By default, each character has 1 ability, but you can buy more with ability points, which are obtained each time you gather enough XP and level up. The exceptions are mega abilities - you will automatically unlock them in the later stages of the campaign. They are activated just like all the others.

Never activate an ability randomly. Each ability has its own unique use and can aid you, for example, in staggering your enemies, performing area attacks or dealing large amounts of damage to single targets. Abilities have a cooldown and you won't have to wait long before you can reactivate them. This doesn't apply to mega abilities.

Elements and the enemy stagger bar 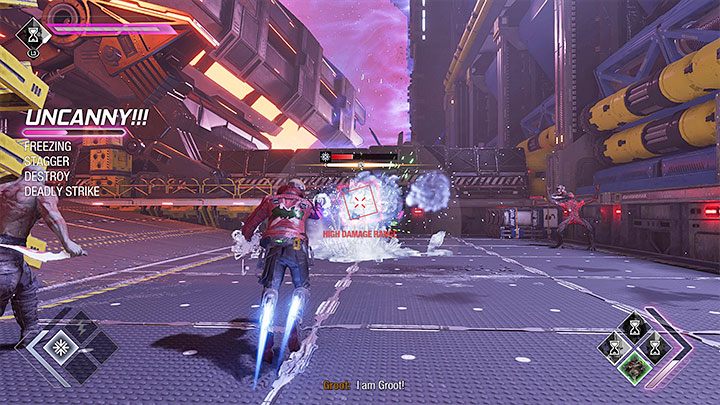 When it comes to combat, it's important to note that opponents have Stagger Bars. They are separate from their health bars. This mechanic is simple - using certain types of attacks can increase the stagger bar. Once it fills up completely, the enemy will be weakened for some time - this gives you an excellent opportunity to activate your strong abilities to lower their health points as much as possible. This tactic is critical against more elite enemies, who don't take much damage from normal attacks.

There are two main ways you can increase the stagger bars: 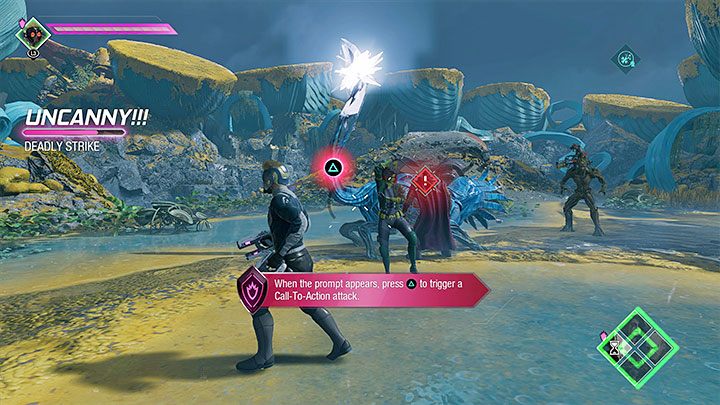 You can also make use of various other techniques to help you win battles. Here are the most important ones:

Huddle - These are activated by pressing L1 R1/LB RB once you have been informed that everyone is ready to huddle. Your task is to motivate the Guardians to fight - watch the attitude of the team members and the captions appearing behind their backs. The dialog option you select should reflect their feelings or get the team to focus on winning the battle. You're not penalized in any way for failing the Huddle. It will always revive your fallen comrades. Additionally, selecting correct options gives a temporary damage boost to the entire team (only Star-Lord gets one if you fail).

Environmental objects- In some areas, you will encounter interactive items that the characters can use to perform unique attacks. These include boulders to be thrown by Drax or ropes attached to explosives, which can be cut by Gamora. You can target such objects and command particular team members to interact with them.

Call to Action and Flair attacks - Both of these types of special attacks become available when the opponent is already seriously wounded. Depending on the type of attack, you will need to press one or two buttons. These attacks have a 100% chance of success and can seriously weaken your enemies or at least make them faster to dispatch. 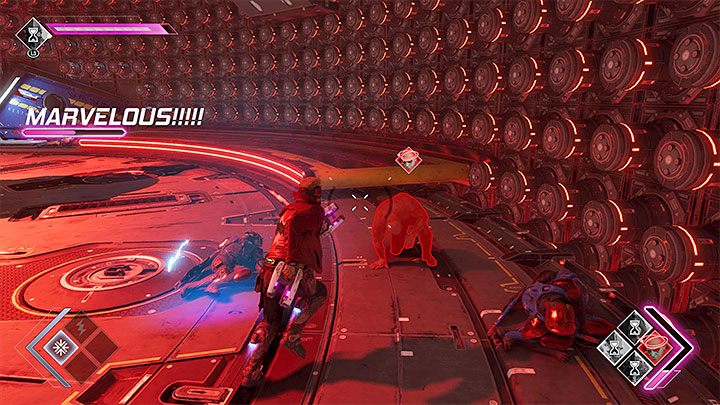 When fighting, keep in mind that the Guardians of the Galaxy are not indestructible and they can fall on the battlefield. Fortunately, this doesn't automatically have to result in a loss, because you will get the chance to save them. There are two main ways to revive the characters: