This page of the Marvel's Guardians of the Galaxy game guide features a detailed explanation of all the choices in Chapter 9 - Desperate Times. You will find out when you will have to make key decisions and you will learn their long-term consequences.

For obvious reasons, the following description of the choices in chapter 9 contains spoilers. Nevertheless, we've tried not to describe events in too much detail, and have instead focused our attention on the possible choices.

Battle in space - having or not having additional equipment 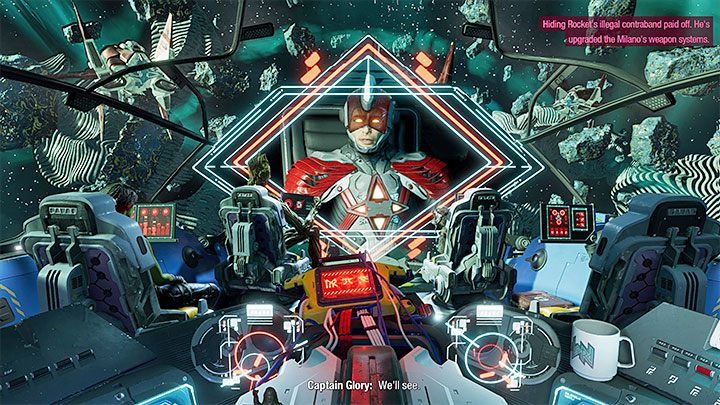 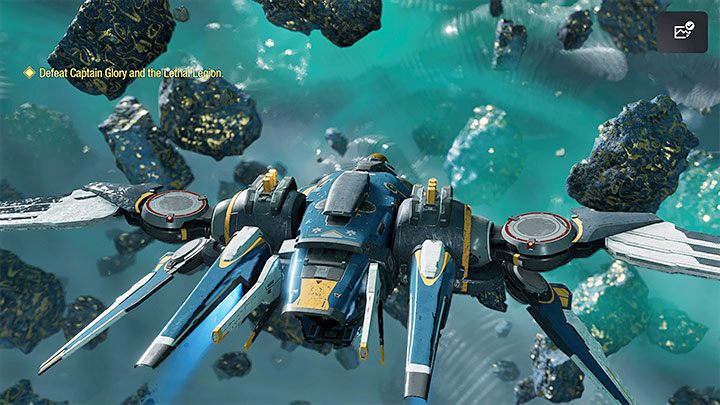 During the course of Chapter 9, numerous battles in space will occur and in addition to the usual enemy ships, you will need to defeat a bigger mini-boss unit - Captain Glory. The choice described is the result of the decision made in chapter 2, specifically what you decided to hide on the ship before the Nova Corps searched it:

At its core, this isn't an especially important choice, because even without the additional equipment, you can easily win all the battles in space and defeat Captain Glory

Worldmind - trying to convince it to change its mind 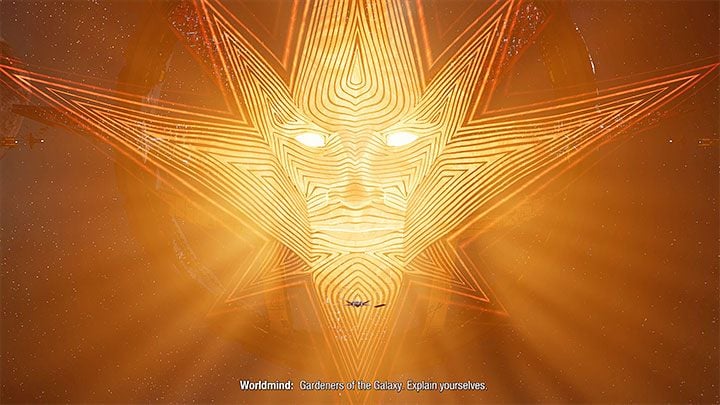 The scene depicting your "encounter" with the Worldmind occurs later during this chapter. Your main goal is to convince the Worldmind that it's possible to change the course of events and that it should help the characters in the future. 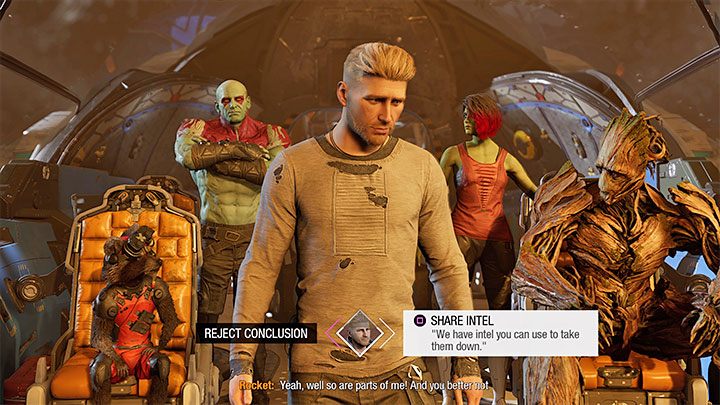 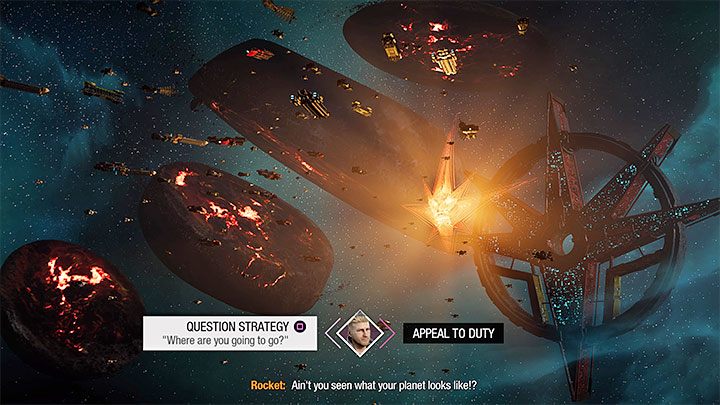 During the second choice, choose the left dialog option - Question the Strategy. 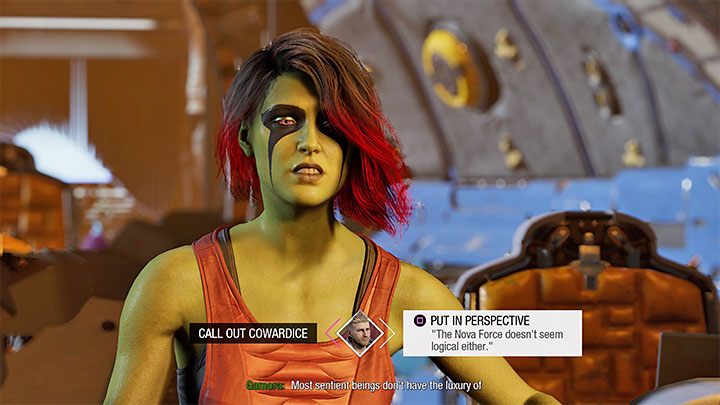 When faced with the third choice, select the right dialog option - Put in Perspective.

If you have correctly selected all 3 options, you will receive information about sowing seeds of doubt. 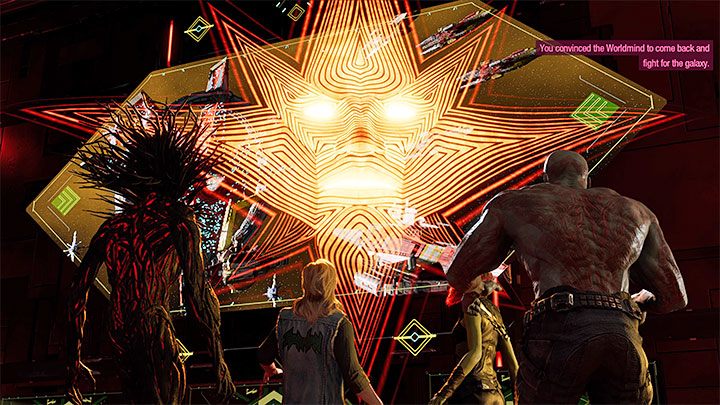 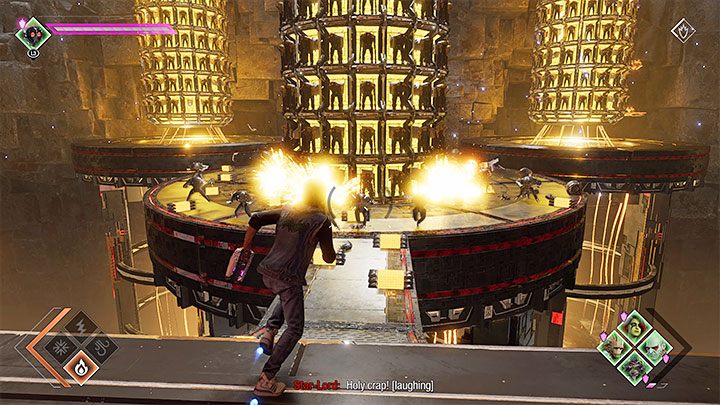 You will witness the results of your decision in Chapter 14. During the fights that occur in this chapter, the Worldmind will appear to help the characters save the Galaxy. Its attack will weaken a group of elite opponents. Without the Worldmind's help, you would have to fight a more difficult battle.

Fine imposed by the Nova Corps - paying or not 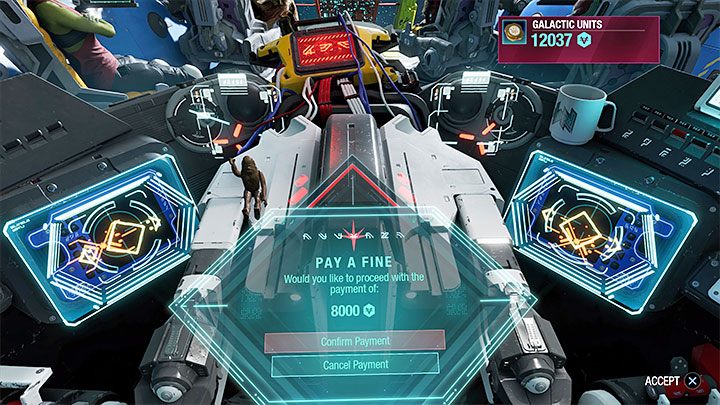 This choice is a follow-up to the choice you made during chapter 2. As a reminder, it's about the fine that the Nova Corps imposed on the characters:

You'll have to make the choice of whether to pay the fine just after your encounter with the Worldmind. You have 3 possible options: 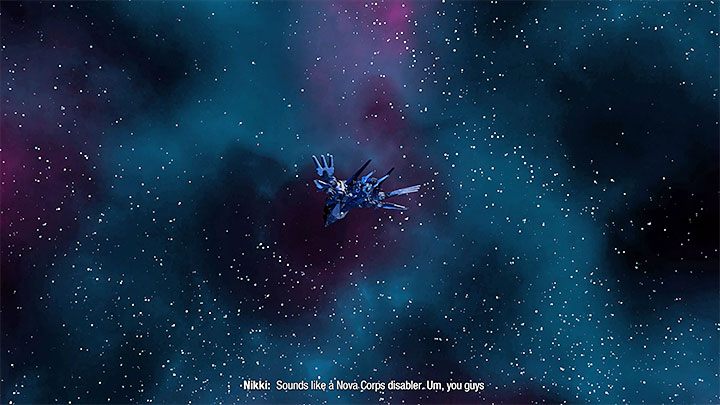 You will still be able to progress even if you don't pay the fine. Regardless of the option you select, you can continue to play. The only interesting result is that you can learn about the activation of the Nova Corps device mounted on board of the Milano from a cut-scene that plays after completing the game.