On this page ofMarvel's Guardians of the Galaxy guide, you will find a walkthrough for Chapter 11 of the story (Mind Over Matter) . Our guide will help you with defeating Thanos' clones, destroying the sources of shadowspawn, and freeing Drax from his Promise. 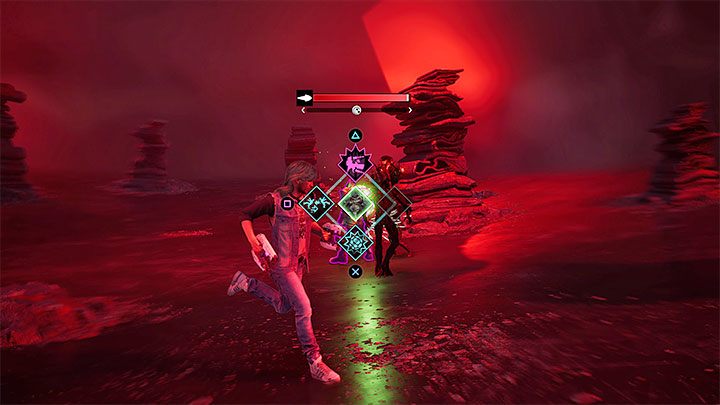 Once the chapter starts, go straight until you reach a large head of Thanos. A battle agains Thanos' clones will begin - despite appearances, this is not your typical boss fight. You don't get to see Thanos' health bar, while the clones don't have any unique attacks up their sleeve. 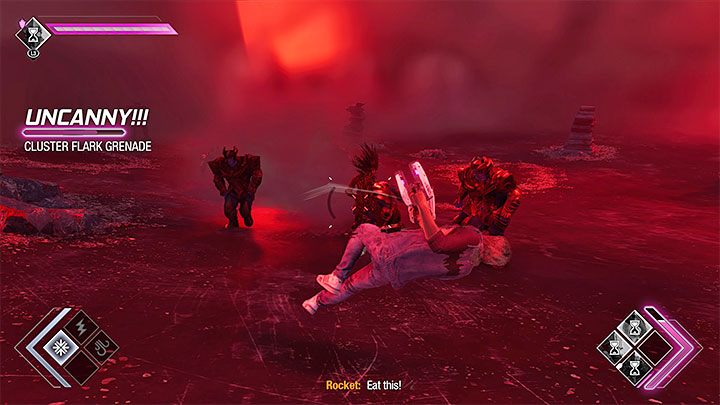 When it comes to clones, they are only equipped with charges, so focus on dodging.

You can use any weapons and abilities you want to use to weaken Thanos ' clones. They are not sensitive to any particular element, but you can make use of abilities that fill the stagger bar much quicker. Nevertheless, the battle won't end in a traditional way - you need to let yourself get defeated. Once defeated, Star-Lord will be knocked unconscious, and the next part of the chapter will begin. 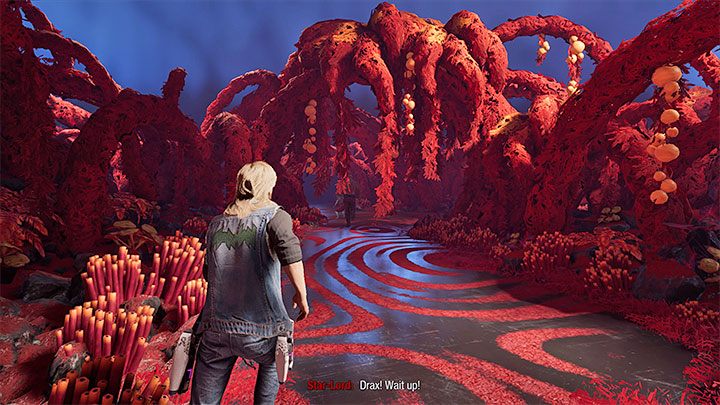 In the new scene, you will chase Drax through a labyrinth. The layout is not that complicated, and even if the game locks out the shortest way to your goal, you can easily find an alternative path.

Destroy the source of the shadow's spawn 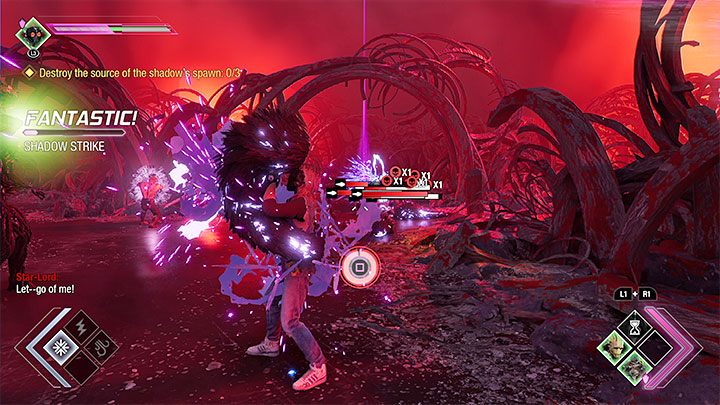 A large battle is underway - during its course, keep the monsters away from your heroes, as otherwise, they can jump on them, incapacitating them (example on the screenshot above) If this happens, then you need to start pressing the indicated button quickly to free yourself. 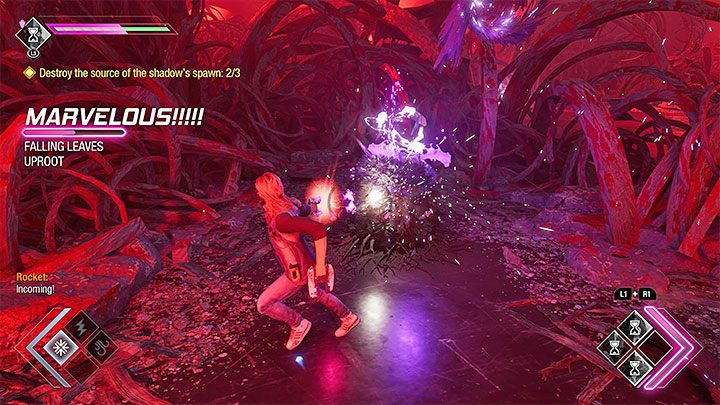 Your task is to destroy 3 Shadowspawn nests. An exemplary nest is shown in the screenshot - each of them emits a vertical column of light, which should make it easier to locate them. The battle will end only if you destroy all 3, and it may take a few moments to clear them all. 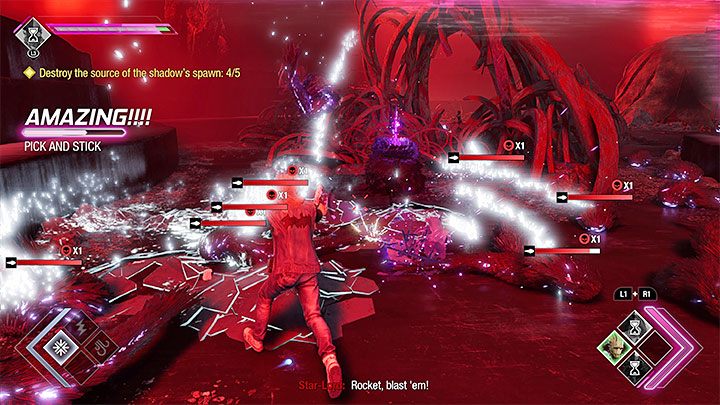 After finding yourself in a new location, go forward to activate a cut-scene depicting Drax's "family"

Time for a next battle - it remains unchanged, but in this case you need to destroy 5 nests. Tactics remain unchanged, so keep the creatures at a distance and find the shadowspawn nests based on the light they emit. If you are surrounded, then rely on the area of effect abilities and lightning shots (they can also hit other nearby targets). 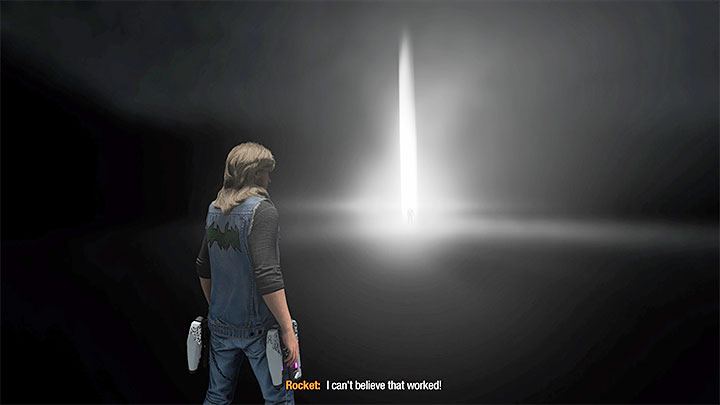 Once you regain control, you'll find yourself in a dark place. A dialogue prompt will appear - you can call Drax. Wait for the light source to appear. Reaching the light source activates another cut-scene. Drax is back on the team in full capacity. 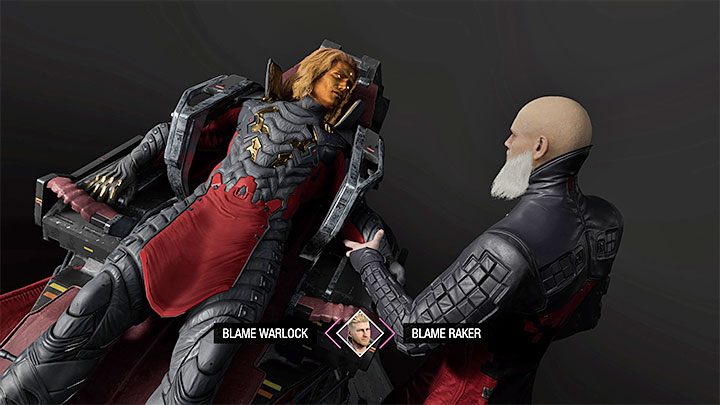 After returning to the "real world", follow Adam Warlock. Any dialogue options chosen during the walk are irrelevant.

Squeeze between the rocks to activate another cut-scene starring Warlock and Raker. You can choose any dialogue you like during the cut-scene. Chosen dialogue options influence further dialogues, but don't have any long-term consequences, so you can do as you please. At the very end of the chapter, go left at the edge of the precipice. At the very end, go left next to abyss. The chapter ends with a cut-scene starring Martiarch.