This page of the trophy guide to Marvel's Guardians of the Galaxy features a detailed description of the Set 'em Up, Knock 'em Down trophy. You can get this trophy for defeating 15 stunned enemies using a Charged Shot. 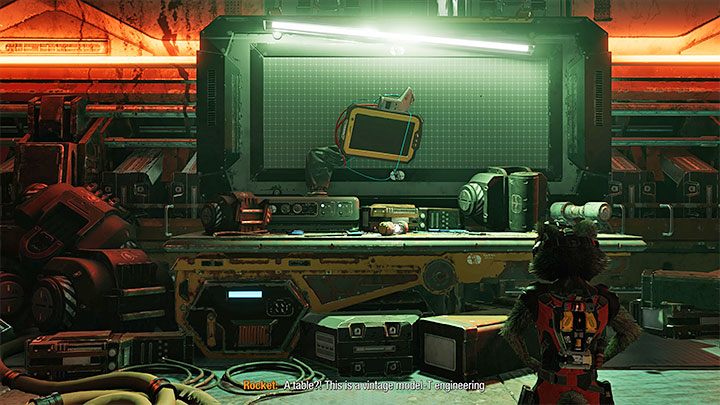 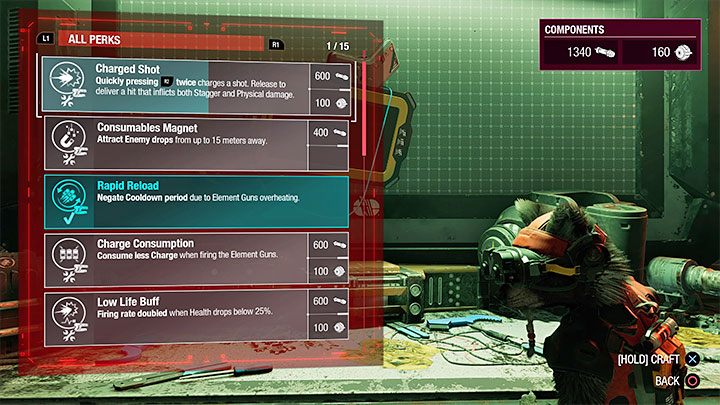 The only real difficulty related to this achievement is that you can't get it at the very beginning of the game, because Charged Shot it is initially unavailable.

The Charged Shot is one of the Perks that you can buy at the workbench. The workshop is located aboard Milano, but you can also find other workshops in the game world. You will find this attack in the list of projects, but it to get it, you need to use some crafting materials, which can be found when exploring various locations - they are typically glowing and lying on the ground. 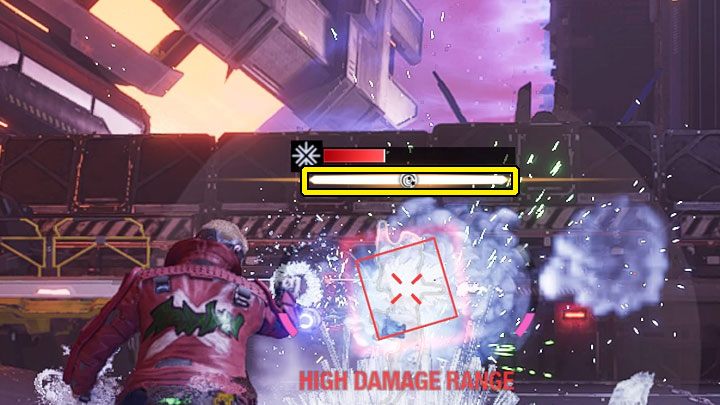 We recommend buying the Charged Shot as one of the first perks, so that you can use it as soon as possible, also to attack weak opponents from the early chapters of the campaign. 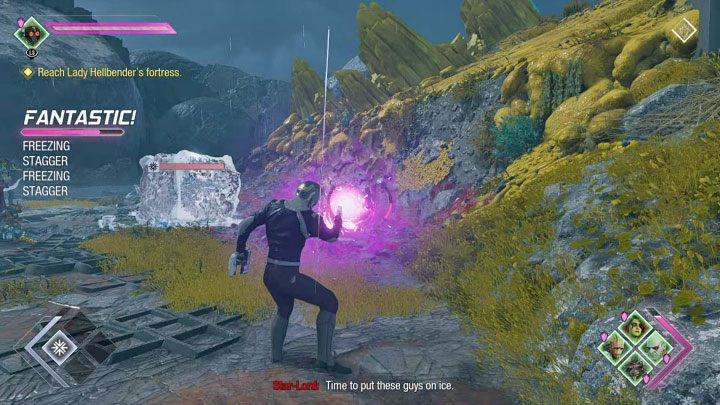 Once the Stagger Bar is full, you can try to activate the Charged Shot. To activate it, you need to press R2 / right trigger twice, and then hold the trigger and wait till the attack charges.

If the enemy has been weakened correctly, then they should die immediately after getting hit with the Charged Shot. Otherwise, you can keep attacking the enemy using normal attacks before you use the Charged Shot (but also while the enemy is still staggered), or lower the difficulty level, so that the enemies die more easily.