This page of the trophy guide to Marvel's Guardians of the Galaxy features a detailed description of the Drax the Dismemberer trophy. You will get this trophy for dismembering the Inquisitor by calling Drax to action. 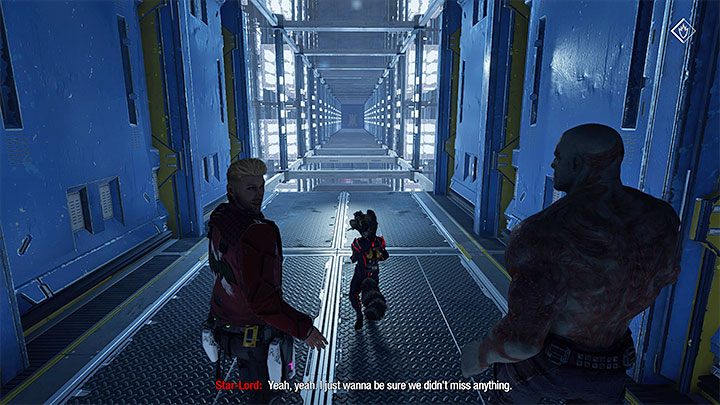 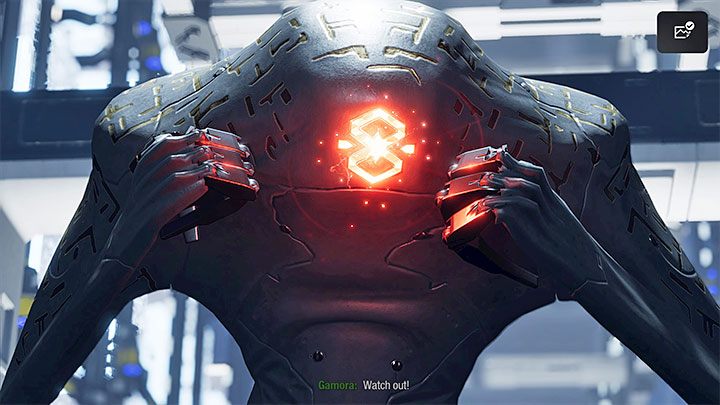 Inquisitor is the name of a large robot that shoots red lasers. You will first encounter the Inquisitor in Chapter 7 specifically, right after searching the Ko-Rel office. You will reach the passage from picture 1, and when the glass bridge collapses, you will fall to the Inquisitor's location. You can also try to get this achievement in later confrontations with other Inquisitors further down the campaign.

Call to Action is the name of special attacks that you can use during the game. You can unlock it after the Inquisitor has lost a lot of energy and has little HP left on the last health bar.

This trophy is unfortunately more problematic than others that are linked with Call to Action, because here, the "wring" character may respond to the call (usually Gamora or Groot). Thus, you need to take steps to prevent this from happening, and you should also save the game on a separate slot at the beginning of the fight with the Inquisitor.

This will allow you to easily load the game if you win the fight but don't get the trophy. You can also replay the chapter to easily return to the first battle with the inquisitor in mission 7, although as we mentioned, you will fight these machines later in the game, too. 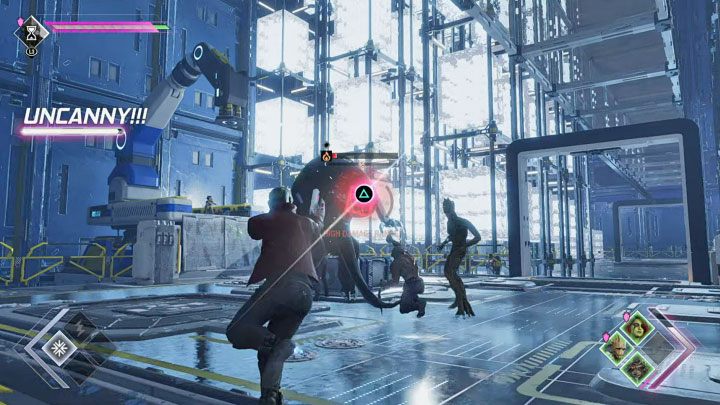 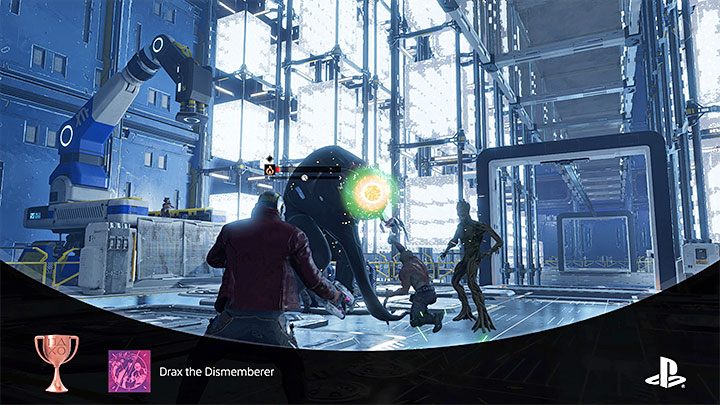 To get the trophy, we recommend using such attacks and skills that won't fill the Inquisitor's Stagger Bar. You only need to slowly take away the machine's health points (if needed, you can set a low difficulty level for the duration of the fight).

After the Inquisitor has only a few health points left, there is a chance that the Triangle/Y push icon will appear next to the robot to activate the Call to Action. If you used the tactics described above, then Drax should grab the Inquisitor and rip off the machine's upper limbs. If you did not succeed, then quickly pause the game and restart the fight. Thus, you'll start the fight from the beginning and you'll be able to wait until you can activate the correct Call to Action (i.e. the one for Drax).