This page of the trophy guide to Marvel's Guardians of the Galaxy features a detailed description of the Slakebuster trophy. You will get the trophy for interrupting a Slakebeast by calling Drax to action. 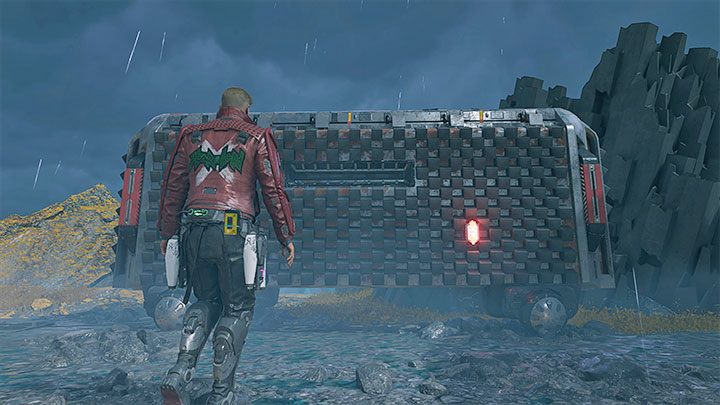 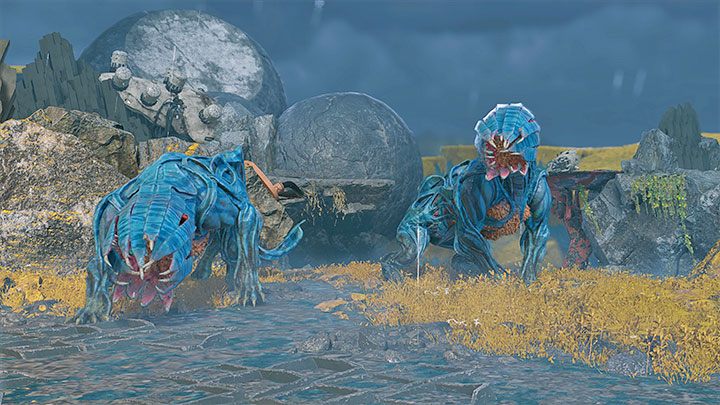 Slakebeast is the name of the blue monsters with big tail and mouth. You'll first encounter the Slakebeasts in Chapter 3. Wait till the later part of this stage until getting this trophy - specifically till the moment where you enter the location with the big cage shown in picture 1. 2 Slakebeasts will attack you here, and using the call to action on them won't be a part of the tutorial anymore.

Naturally, you don't need to choose the same fight that we describe in our example. You can also try to get this achievement in later confrontations with these monsters further along the campaign. 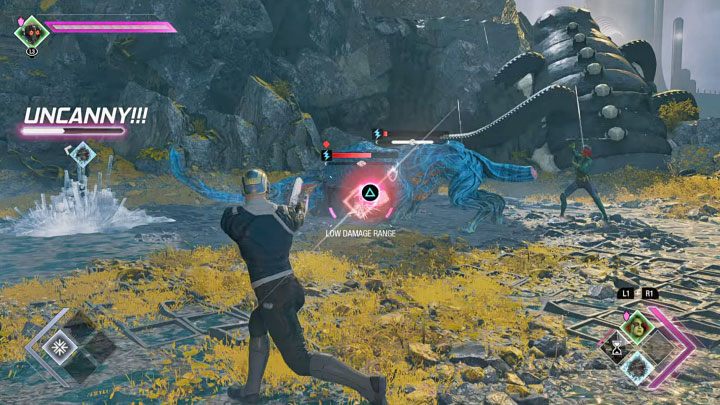 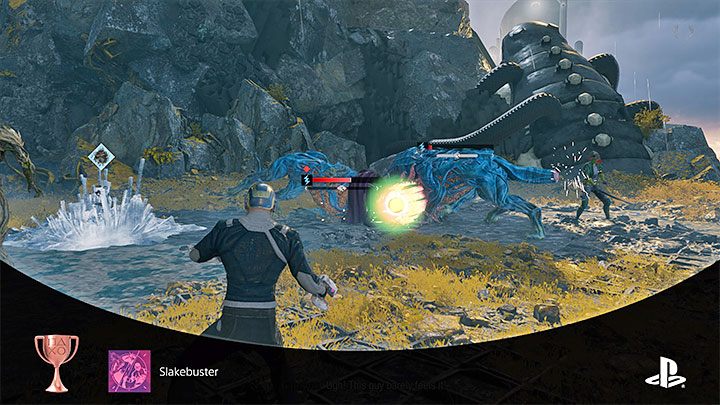 Call to Action is the name of special attacks that you can use during the game. You must first weaken the Slakebeast, and you can use Drax's Destroy skill to do so. If you're later in the campaign, you can also use lightning attacks, but they are not available in Chapter 3 yet.

Once the Slakebeast is sufficiently weakened, a Triangle/Y icon may appear next to the opponent to activate the Call to Action. The difficulty of this trophy is that it must be Drax who responds to the call of action because you won't get the trophy otherwise. Unfortunately, you have no influence on which team member will answer the call, and you just have to keep trying until you get the right one.

Pro tip - if you're in the middle of a bigger fight with the Slakebeasts, and you see that it'll end soon, consider pausing the game and loading the last checkpoint. Thus, you'll start the fight from the beginning and you'll be able to wait until you can activate the correct Call to Action (i.e. the one for Drax). You can also replay the chapter to easily return to the first fight with the Slakebeasts in mission 3.