This page of the Marvel's Guardian of the Galaxy game guide contains information on all the secrets in Chapter 4 - The Monster Queen, specifically if you chose the variant to sell Groot. You will learn the locations of collectibles in chapter 4, after selling Groot to Lady Hellbender, and how to successfully access the secrets.

Basic information about the important choice and the Groot variant

Chapter 4 is unique, because the locations of secrets vary depending on the important choice made during chapter 3. It differs based on who you have chosen to sell - Groot or Rocket. The following walkthrough assumes that you have decided to sell Groot. The variant in which you sell Rocket is described on a separate page of our guide.

You cannot make this choice in chapter 4, because it begins after the final decision has been made. If you chose Rocket, then the game won't allow you to change your mind once you have entered the fortress for Groot.

In both variants, you will have the chance to obtain the same collectibles, i.e. the items that you find are identical. Their locations vary because, depending on the choice you've made, you will visit different sections of Lady Hellbender's fortress. You can't visit both parts of the fortress in a single playthrough of the game. Groot's variant involves sneaking around the dinner party hosted by Lady Hellbender while trying to find the cell in which your companion is being held.

The good news is that, since you will find the same collectibles in both variants, you don't have to go through the game twice to get 100% of the secrets. You can simply focus on obtaining the collectibles in one of the variants.

In Groot's variant of chapter 4, you can find 5 secrets.

Remember to collect all the collectibles in chapter 4 in one go. You can't save progress while replaying chapters. This is especially important for costumes - you need to get all of them to unlock the platinum trophy. 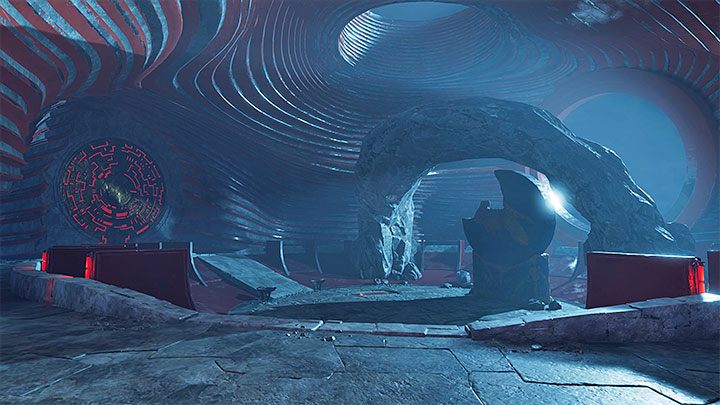 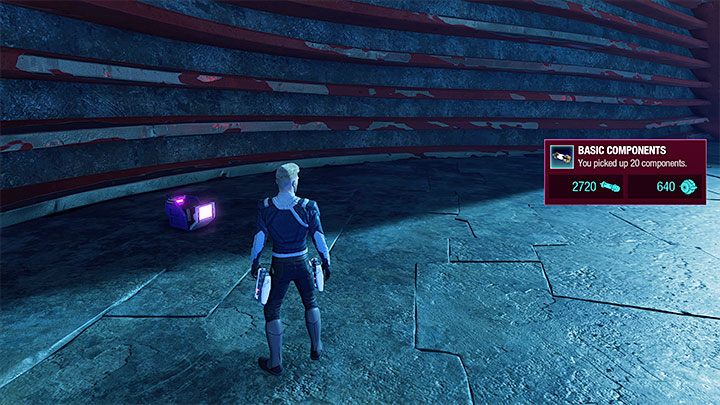 You will be able to obtain this outfit once you have reached the throne room from screenshot no. 1. This occurs once you complete the first stealth section that involves sneaking past the sleeping guards, who took part in the feast.

Before you attempt the environmental puzzle in this location, head to the back of the throne room. You'll find the crate with the collectible there.

(Groot variant) Archive: Don't do it! 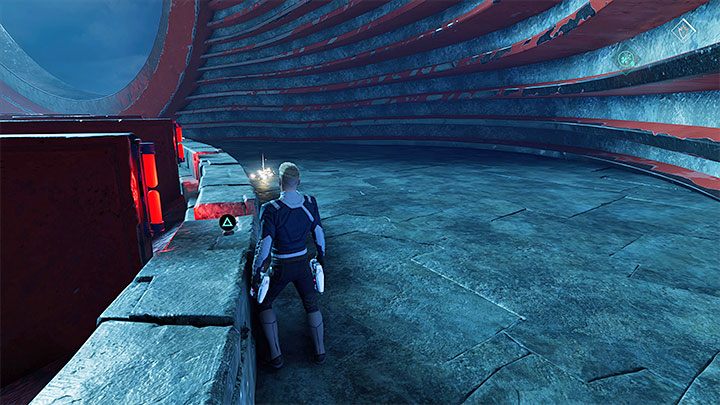 This secret can also be found in the throne room. You need to examine the right side of the location (from the perspective of the starting point). The collectible is lying on a small wall. 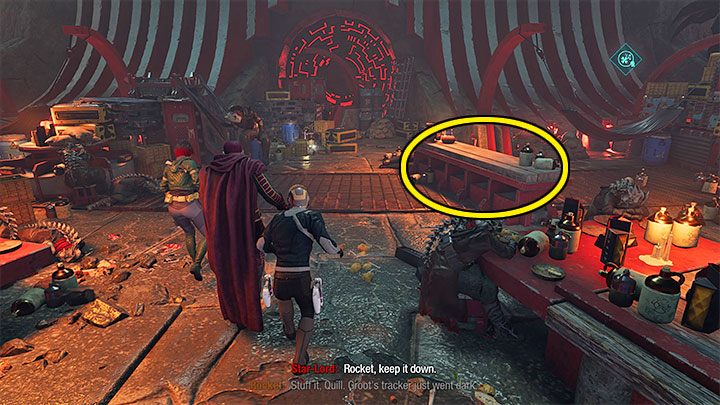 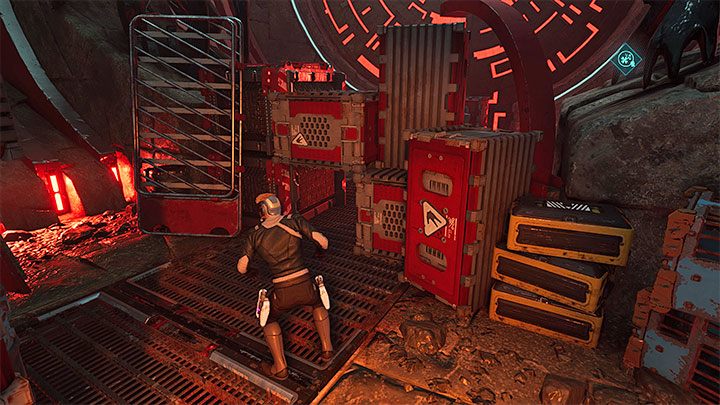 You can find the outfit during the second stealth scene which occurs after completing the puzzle in the throne room and using the elevator. Shortly after the beginning of this section, instead of following the rest of the characters to the left, check out the table marked in screenshot no. 1 and jump over it.

Following this alternative path, you will have to slip past one of the guards and crouch down to use the narrow passage from screenshot no. 2. 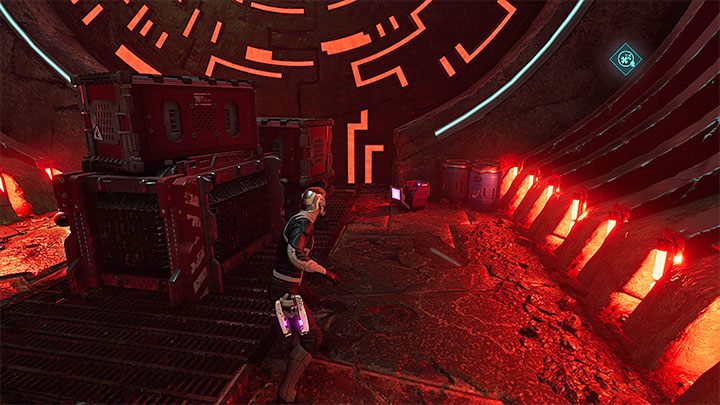 You will reach a secret location with the crate containing the collectible from the screenshot. 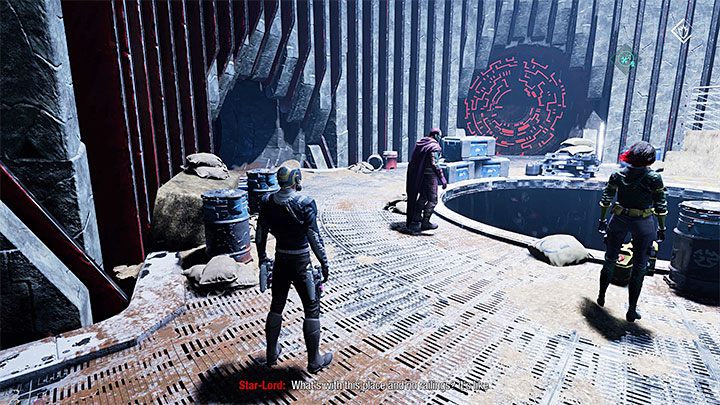 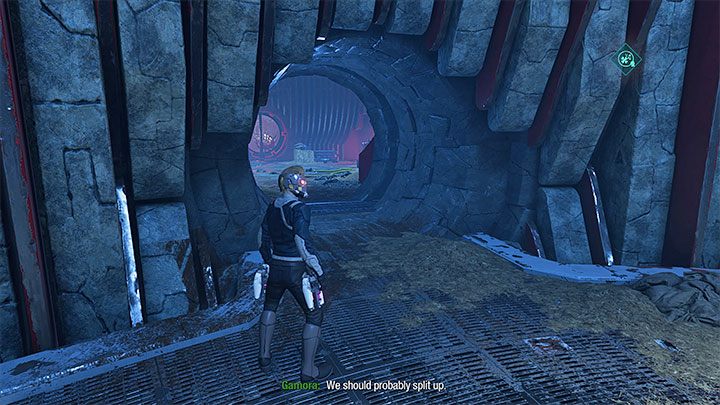 This is one of the 2 secrets that can be obtained in the final part of the stage, namely after reaching the area with the large round hole from screenshot no. 1.

Investigate the first room from the left, that is, the one where Drax should have entered (screenshot no. 2). 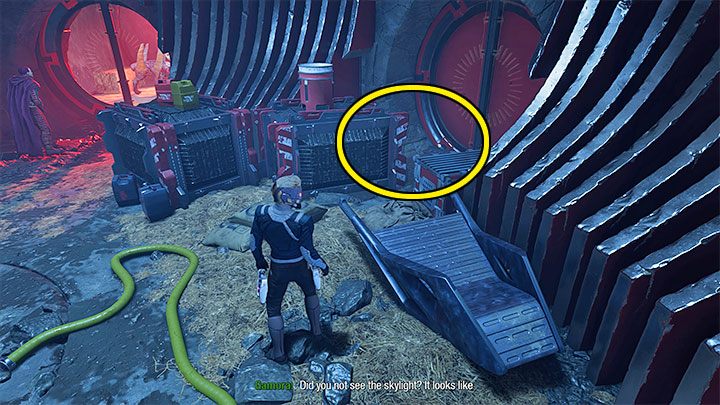 Once inside, turn right. The Guardian Collectible is hidden behind the crate marked in the picture. 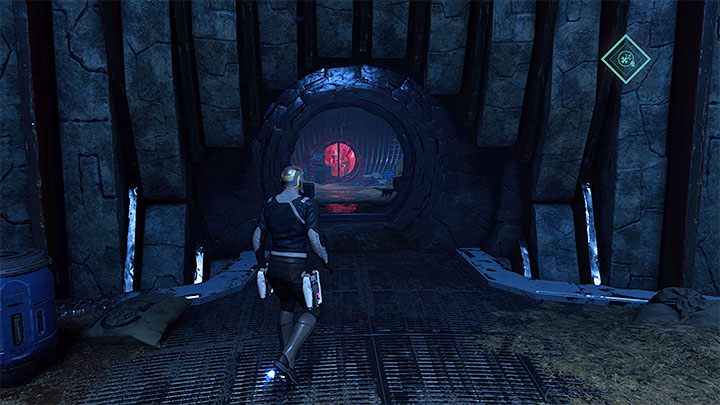 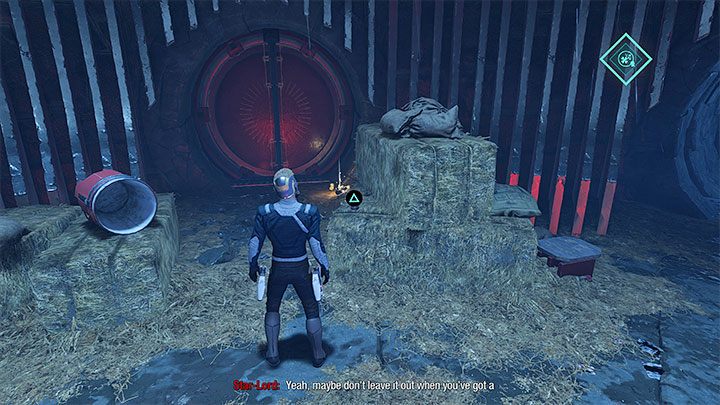 This time, you need to go to the room with Gamora (screenshot no. 1). There's a cell with Groot in it, but stay away from it so that the cutscene doesn't play too early.

You will find the secret on the haystack in the location from screenshot no. 2.