On this page of the guide to Marvel's Guardians of the Galaxy, you will find detailed information about all choices in chapters 3 (The Cost of Freedom) and 4 (The Monster Queen). You will find out when you have to make key decisions as well as what are their long-term consequences.

We have described chapters 3 and 4 on one page, as one of the important decisions from chapter 3 will have a significant impact on a large portion of chapter 4. Chapter 4 doesn't have any choices - you will simply play unique content based on the previous decision.

The following description of the choices in chapters 3 and 4 contains spoilers for obvious reasons. Nevertheless, we tried to limit the details and focus on the choices themselves. 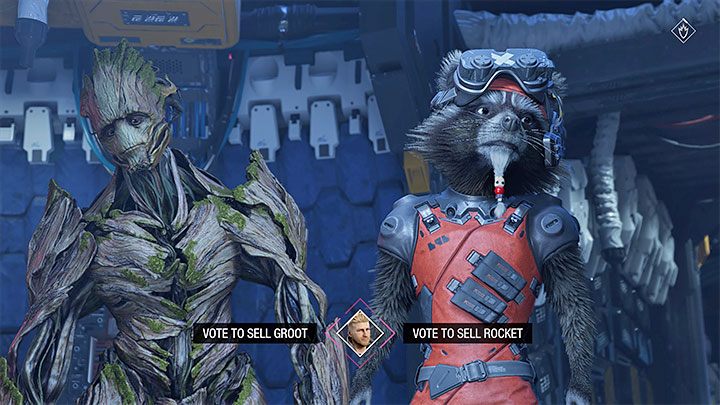 The most important choice will appear at the beginning of chapter 3 - specifically during the Guardians' meeting on board Milano. The heroes decide to outwit Lady Hellbender by robbing her to get funds to pay the penalty.

The plan is to pretend to steal a rare and valuable monster - you have to choose who is to be put up for sale - Groot or Rocket. It is worth noting here that there's no risk of losing a teammate forever. This decision will only affect the course of chapter 4 (more on this later). 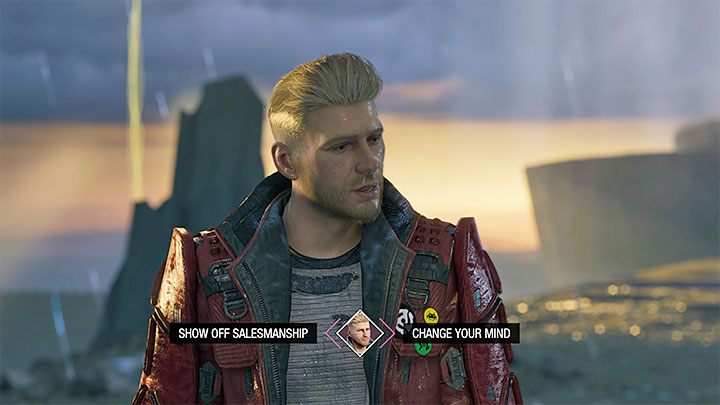 The interesting thing is that the game allows you to change your mind after getting near the fortress of Lady Hellbender in the final part of chapter 3. You can choose to keep your decision or put the other Guardian in the cage. 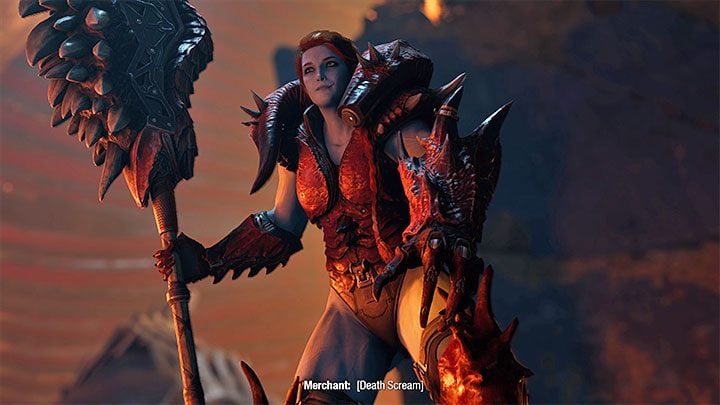 After moving to chapter 4, you will reach a larger room in which you will meet with Lady Hellbender. Starting from here, the remaining part of chapter 4 will take a different course based on your decision. 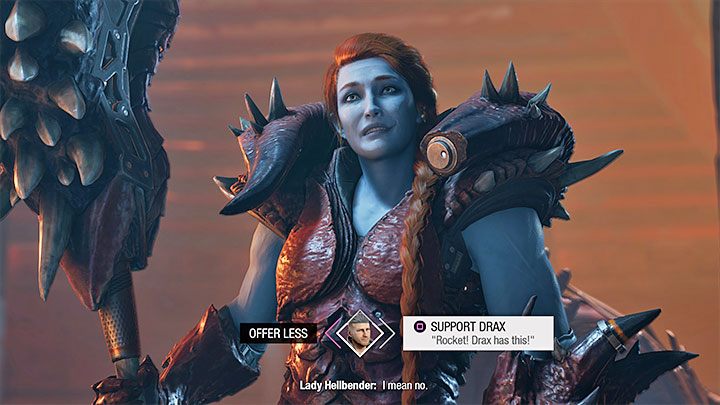 Option 1 - sell Groot: Negotiations with Lady Hellbender regarding the sale of the monster will proceed peacefully. It's a good idea to give the initiative to Drax since he caught the woman's eye. Then select the option to support Drax (the image above). You will receive more credits after the transaction - the highest possible payment is 12,000 credits. 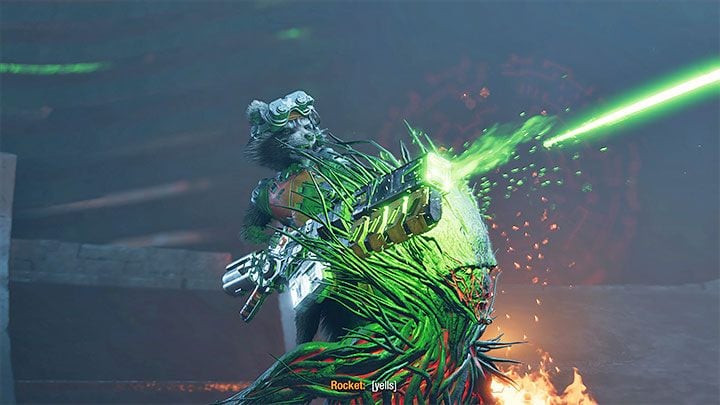 Option 2 - sell Rocket: Negotiations with Lady Hellbender will take an unexpected turn. Rocket will attack enemies. For obvious reasons, you won't be able to sell him. 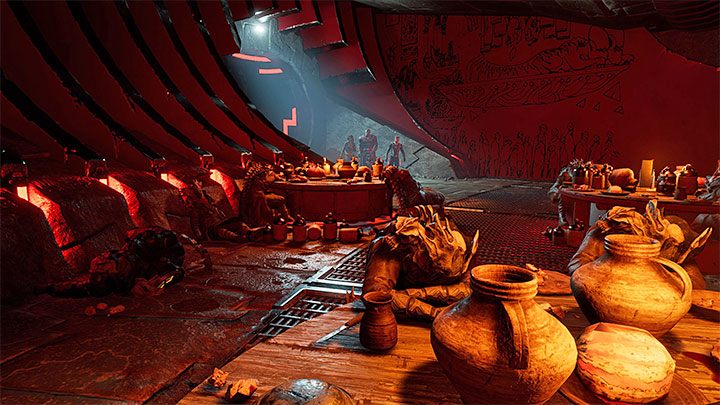 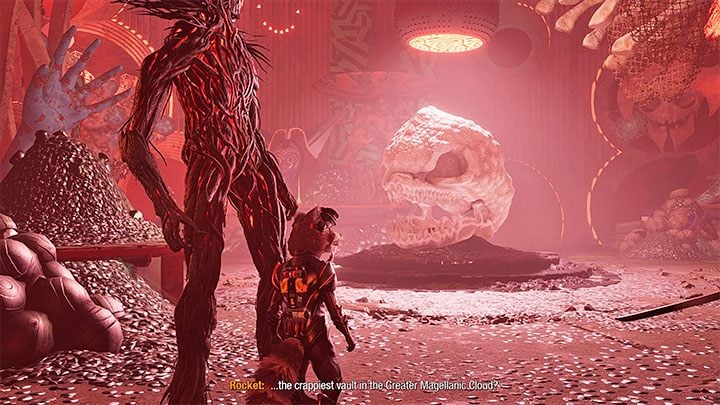 As we have already mentioned, the choice of which companion you want to sell will affect the course of chapter 4:

Additional information - Both options described above allow you to get the same outfits and Guardian Collectibles in chapter 4. The archives are unique to the variants, but obtaining 100% of them is not required for the platinum trophy. In each variant, the secrets are in different places since you explore a different part of the fortress. 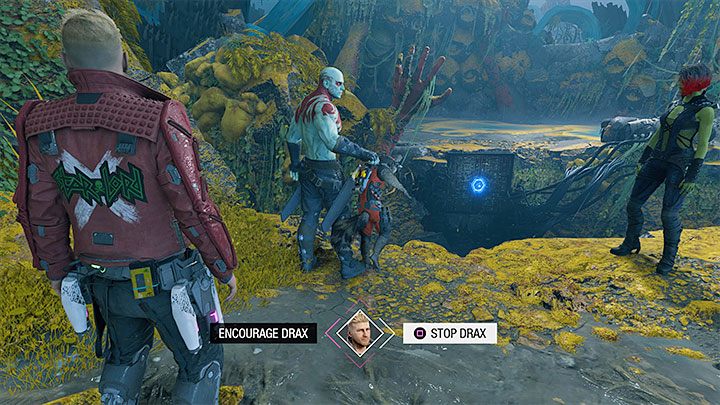 As you progress through chapter 3, you will arrive at a chasm with a control panel visible on the other side. Drax will decide that he's gonna throw Rocket to the other side. You have two options here: 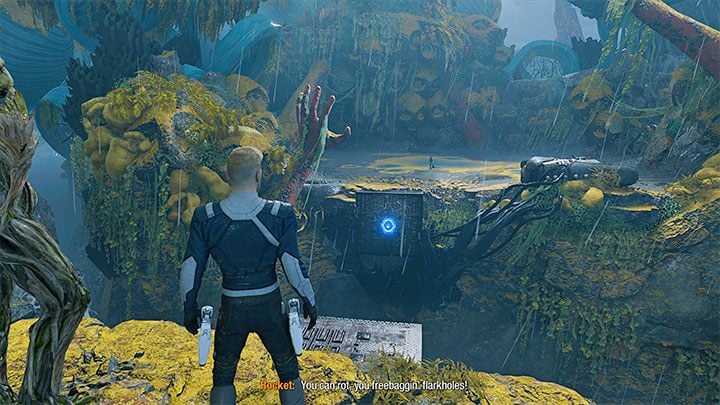 If you chose option 1 then after hearing what Rocket has on his mind, wait until he interacts with the panel and makes a bridge for the team. This way you will use a shortcut. 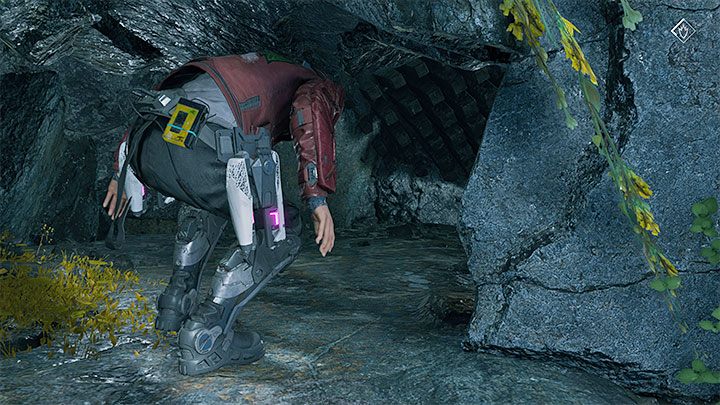 If you have chosen option 2, you will have to follow an alternative passage. It won't take you very long. You will eventually unlock the passageway for the rest of the team and resume following the path common to both variants. 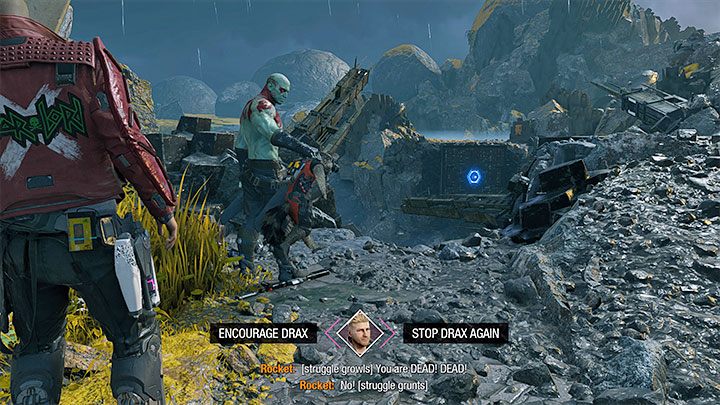 Later in the chapter, you will find a similar place and Drax will want to throw Rocket again to unlock another passage.

Agreeing to have Rocket thrown will make him mad at the main character, but this does not have negative consequences later in the game. Nevertheless, we advise you to stop Drax in both cases, because exploring alternative paths will allow you to get extra loot.