Cc Kart determine the difficulty of races in Mario Kart Tour. The next page of the guide will explain this element of gameplay.

There are four types of cards in the game: 50cc, 100cc, 150cc, 200cc. You unlock the first three by reaching the next levels of the character. The last, highest one is available only for Gold Card subscribers. During the game you can freely switch between them. Click on the information bar before you start a race - you will see which card you currently have. 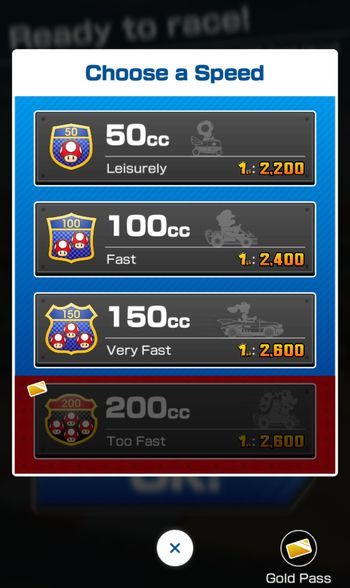 The higher the cc Kart, the greater the difficulty level of the competition. The speed of vehicles and intelligence of opponents controlled by computer increases. This also increases the number of points you earn during the race. Only the highest card, 200cc, doesn't change the number of points earned during a race.