This page of the Mafia Definitive Edition guide contains a walkthrough for the Pennies from Hell side mission available in the Free Ride mode. You will learn where to find the phone box in the Downtown, how to get to the bank vault, how to murder a clown, and where to deliver the man's corpse. 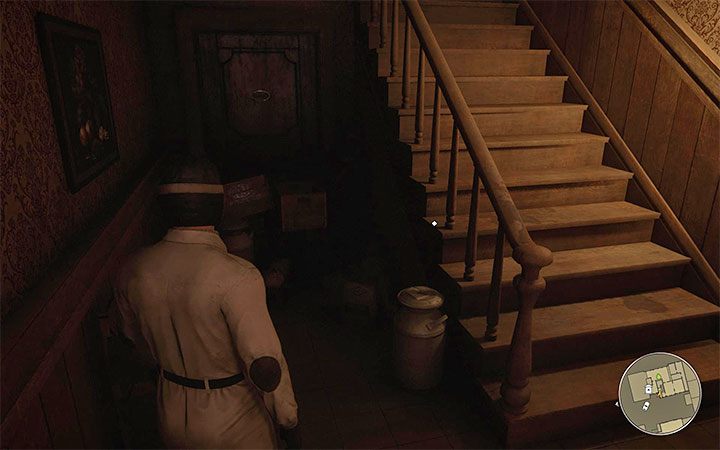 You can learn about this mission by finding Herbert Baskerville's letter in the Free Ride. The letter lies by the stairs leading to the first floor of Salieri's bar.

Before you begin this mission, visit Vincenzo's armory and take a good weapon with you. During the task, you will have to fight numerous battles and quickly defeat enemies. Also, take one of the faster vehicles out of the garage. 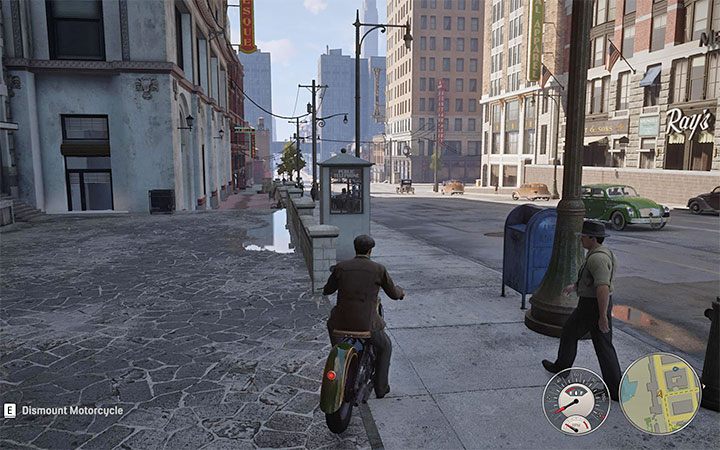 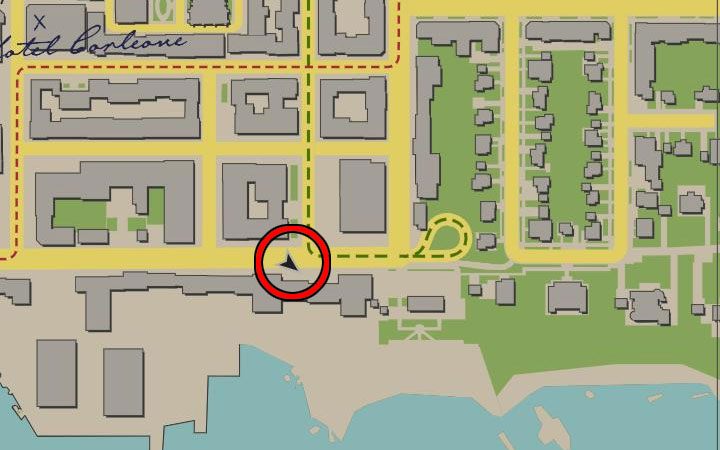 It has information on where the mission will begin. It is a telephone booth located in the Downtown district. The large teacup mentioned in the letter is the object located at the top of Giorgi's Diner. You have to go slightly west of it. 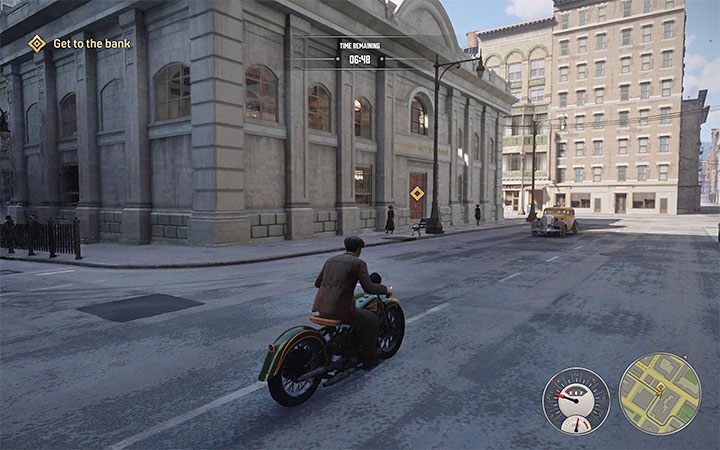 In order to complete this task, you must enter the vault of the Grand Imperial Bank, kill the man who is there, and remove his corpse from the bank. You have 8 minutes to complete the mission. Move quickly towards the bank and use the main entrance. 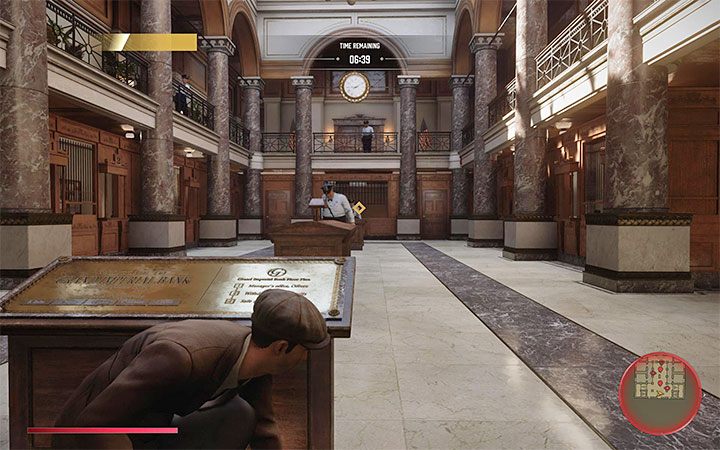 As soon as you enter the bank, you have to join the fight. Hide behind the nearest cover and eliminate the gangsters in the area one by one. Try not to lose the majority of your health points here, because you are about to face more enemies. 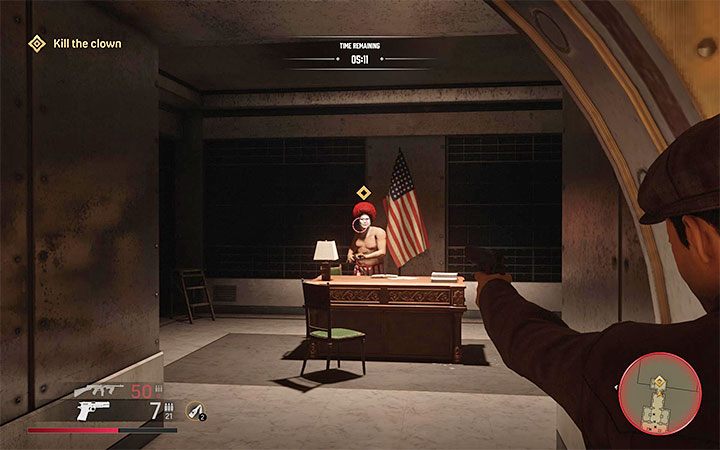 Reach the door, behind which are stairs leading to the lower level with the vault. You have to defeat more enemies. There is a first aid point in the side room  try to use it after killing all the guards.

Open the vault door, and be ready to deal with... a clown. Shoot the man, preferably from behind a cover. 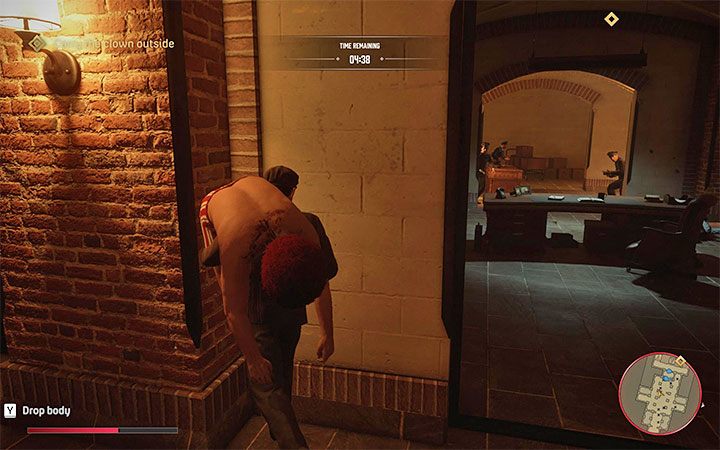 Enter the vault. Approach the shotgun used by the opponent (it will be permanently added to your arsenal) and pick up the clown's corpse. Start moving them  more guards will arrive at the stairs. Drop the corpse and deal with opponents. Kill them and then pick up the body. Resume walking towards the stairs. 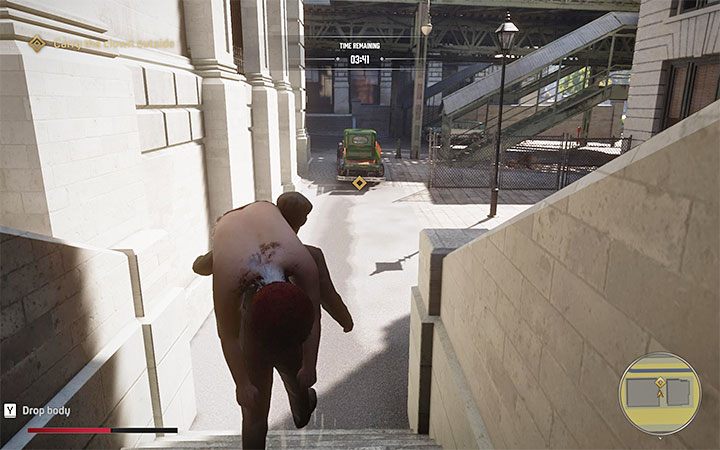 You need to use the same back exit from the bank you used in the Moonlighting main mission. There's a parked pick-up outside the bank. Get close to it to complete the mission. If you haven't wasted a lot of time getting to the bank and getting through all the fights, you should still have more than 3 minutes left. 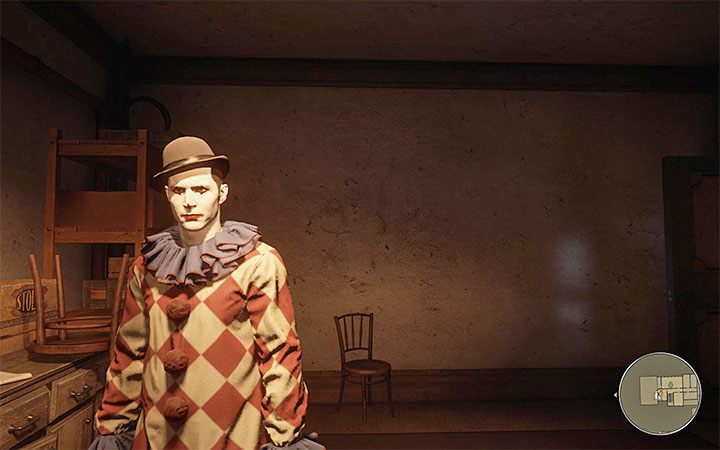 The first reward for completing this mission is a clown costume. You can wear it by interacting with the wardrobe at Salieri's bar.

The second reward is the Gold Shotgun. It does not deal more damage, it only has a unique appearance.