Note  The descriptions of some of the comics include the names of the story missions. If you need to, you can check out our walkthrough to find the specific mission and the steps you need to make to reach the secret. Many of the collectibles from main missions are unfortunately not available in Free Ride mode. 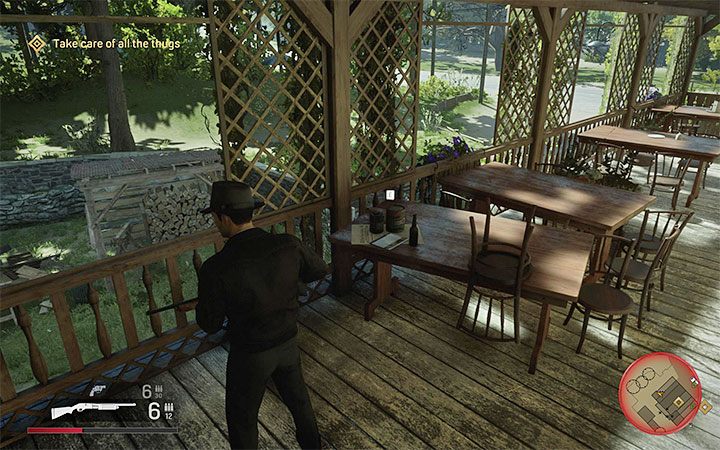 The comic book can be found on one of the large vantage point balconies of Clark's Motel located in the countryside and visited during the Routine Task mission. Unfortunately, the motel cannot be accessed in the Free Ride mode. Get the collectible before you reach the room where the wounded Sam is being held. 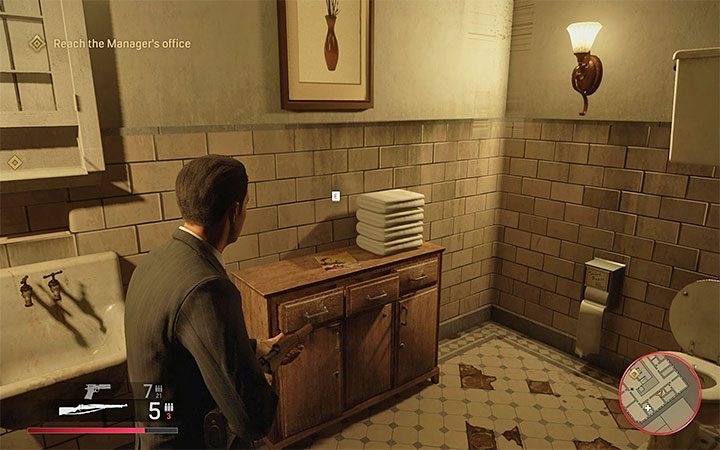 The comic book can be found during the exploration of the Corleone hotel as part of The Saint and The Sinner main mission. It's in the bathroom of hotel room 210. It is worth noting that the hotel cannot be explored in the Free Ride mode. 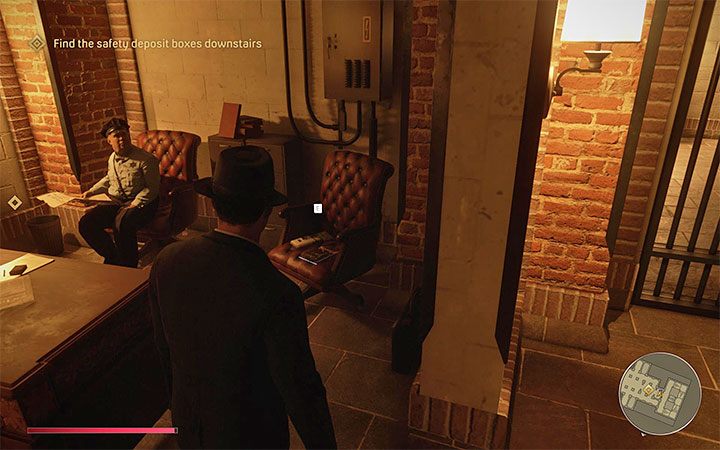 The comics can be found at the end of Omerta story mission, specifically during a visit to the Grand Imperial Bank (in Free Ride mode it is an inaccessible location). You have to go down to the lower level of the bank where the vault is located. Before you talk to a bank employee and walk into a safe deposit box room, pick up the collectible that lies on a chair next to the guard. 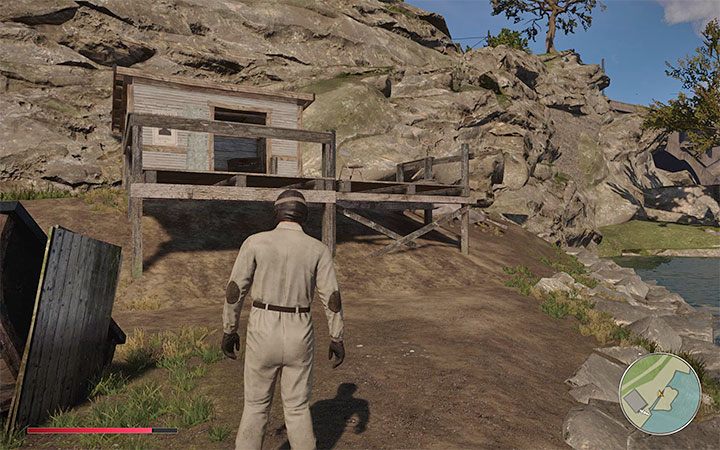 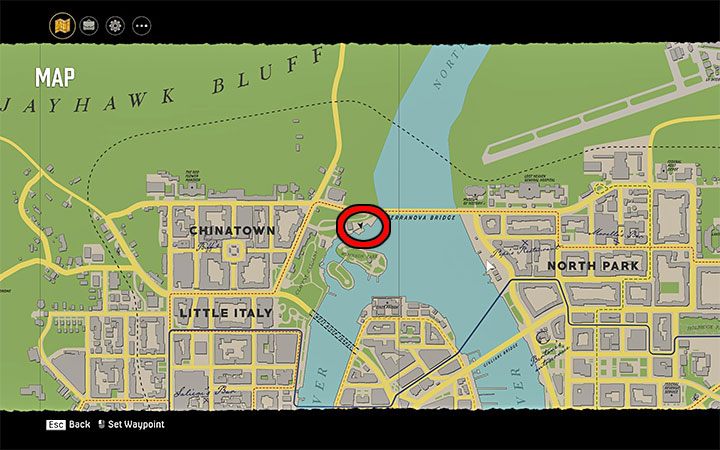 The comic book is adjacent to the Terranova Bridge and Robinson Park - it is in the northern part of the City of Lost Heaven. You must specifically reach the barracks building located by the water, which is shown in one of the above screenshots. The secret lies on the ground next to a folding chair. 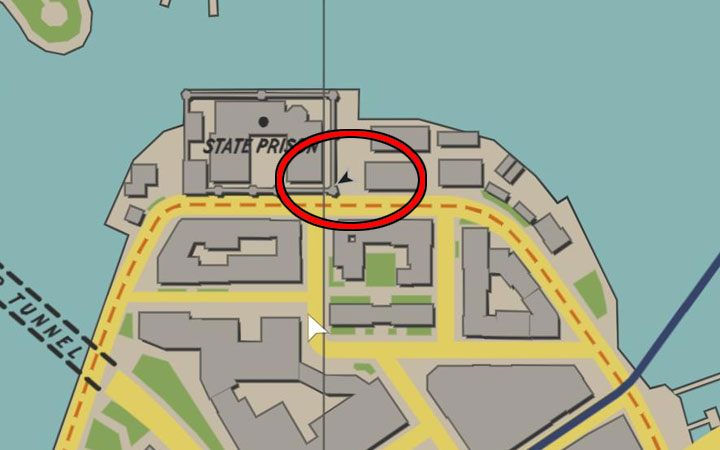 We have marked the spot where you can find this comic book in the screenshot above - it is the eastern end of the area occupied by the old Lost Heaven State Prison in Central Island district. You can collect the secret in the Free Ride mode, as reaching it does not force you to enter any of the prison buildings. 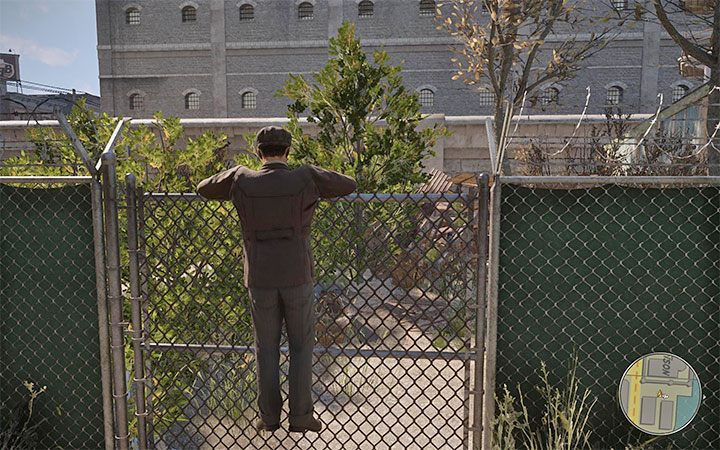 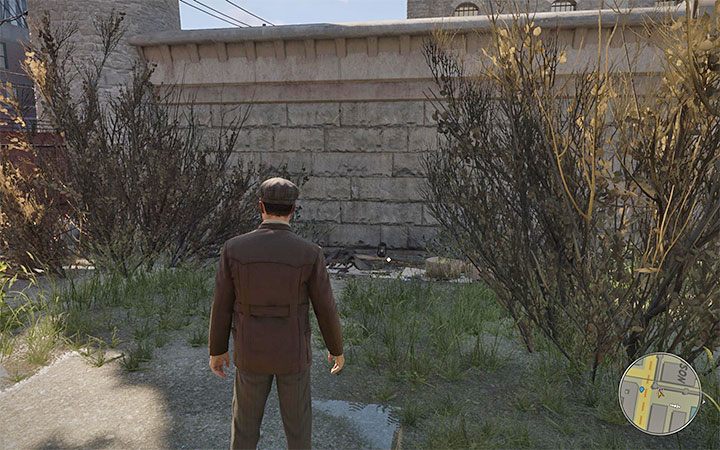 Explore the area east of the main buildings of the old prison to find the fence shown in screenshot 1 - Tommy can climb it. Explore the fenced area. The secret lies on the ground next to one of the walls surrounding the old prison and is shown in picture 2. 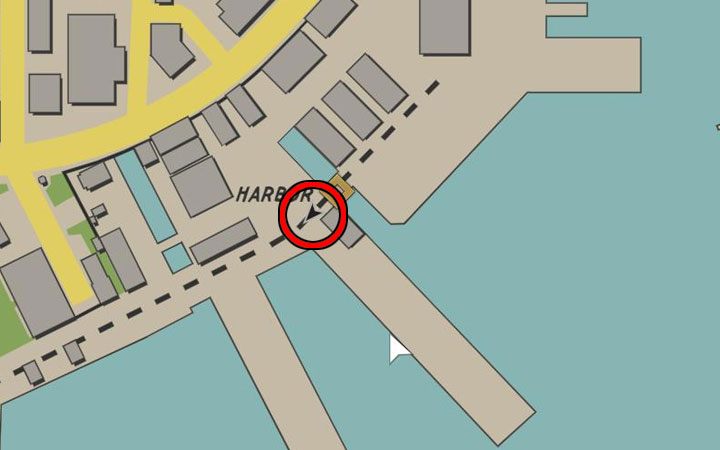 This comics can only be obtained during the Lucky Bastard story mission. In the final part of this mission, Tommy arrives at the Lost Heaven Harbor in the Works Quarter districts and begins to chase Sergio. You've got to get through more areas of the port and eliminate the gangsters. The destination is indicated on the map above. 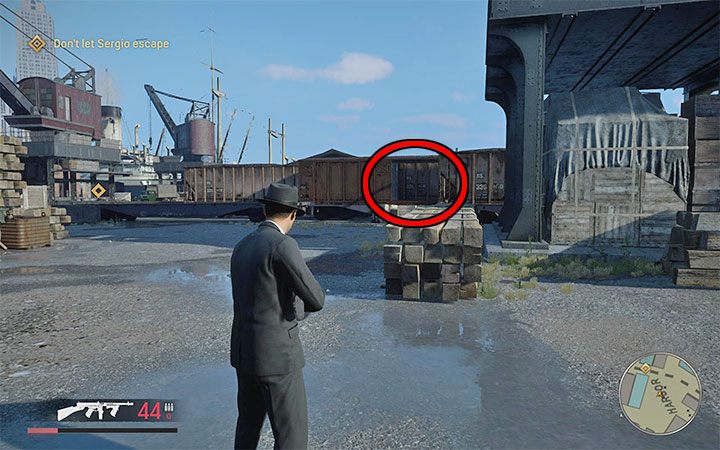 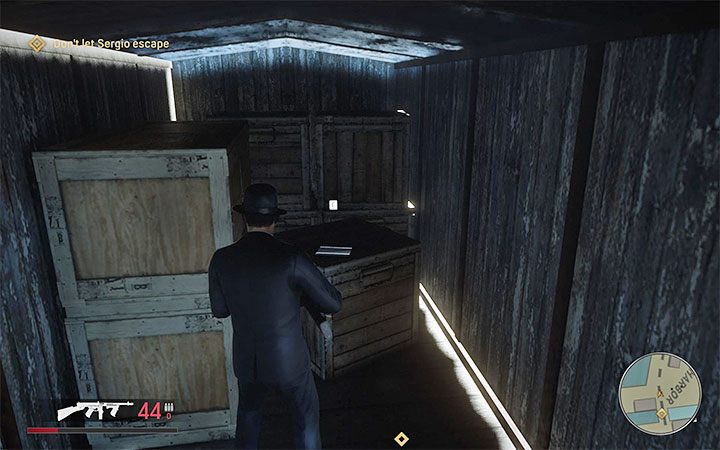 You have to reach the open train car shown in the picture 1, which is adjacent to the second sniper's position. Get in the wagon before you go in order to find another issue of Gangster's Monthly Comics. 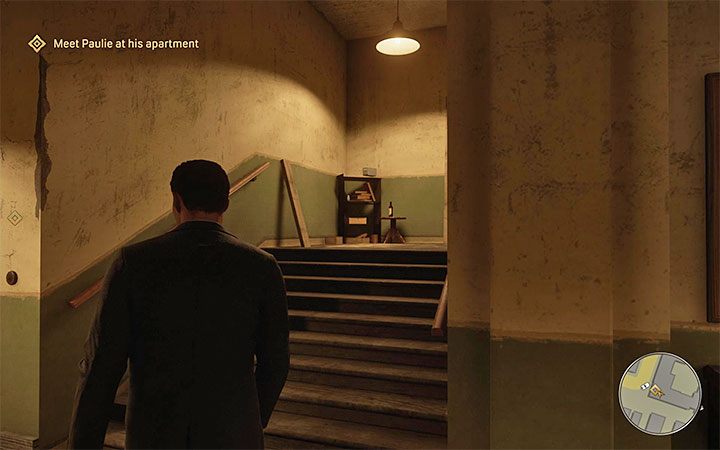 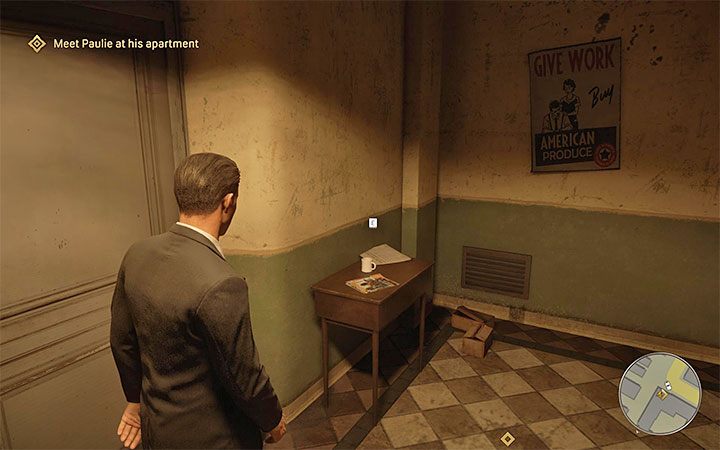 This comics can only be collected during the final story mission - The Death of Art. At the beginning of the mission, you must reach the building where Paulie's apartment is located - the interior part of this block is not available in the Free Ride mode. Climb the stairs. Ignore Paulie's apartment and continue your journey up the stairs located on the right. You have to get to the top floor and go to the end of the hall. Comic book lies on a small table. 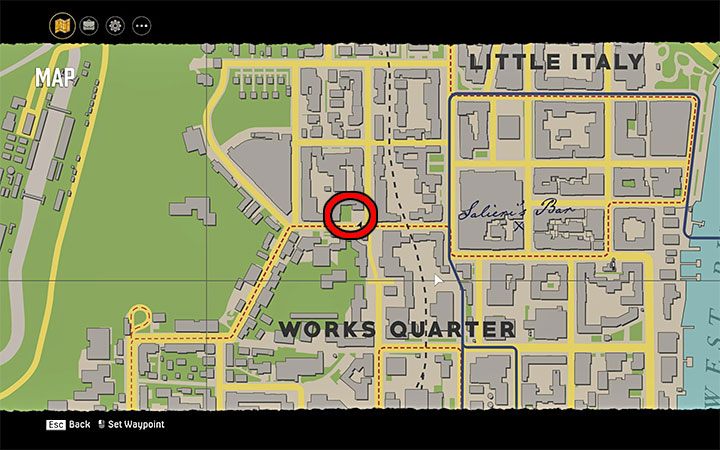 The comic book can be found in the area shown in the picture above - west of Salieri's bar in the Little Italy district and north of the Works Quarter district. 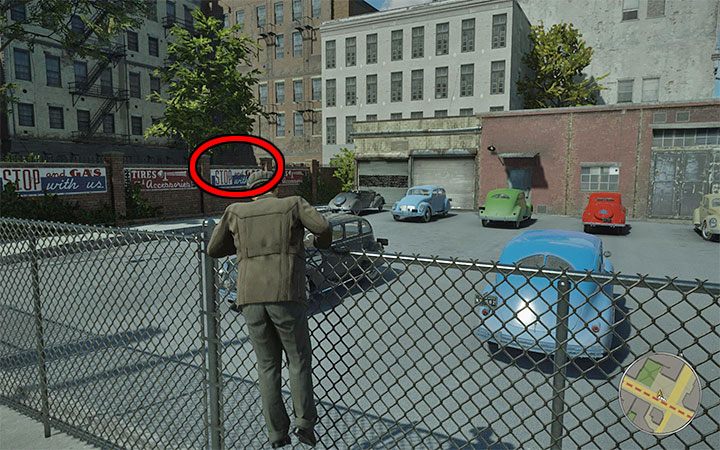 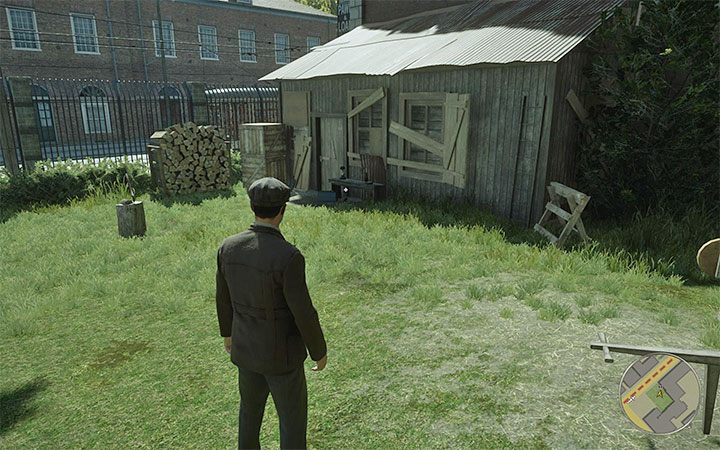 Reach the fenced parking lot in picture 1 and jump over the fence. A little further, you'll find a place where you can climb the wall. After finding yourself in a fenced area, reach the cabin in picture 2, where you will find a secret. 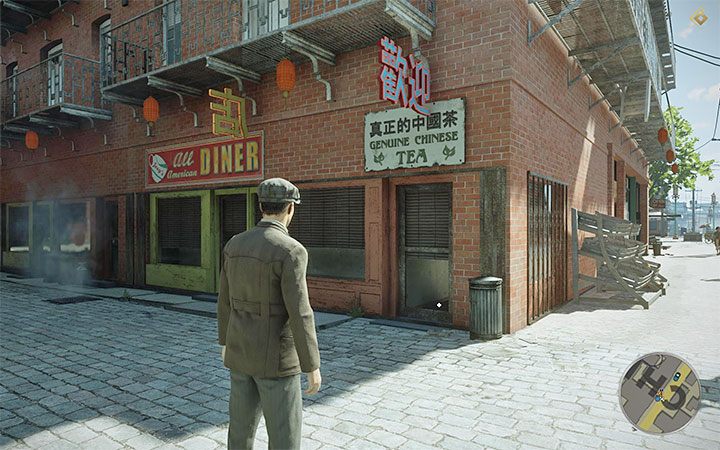 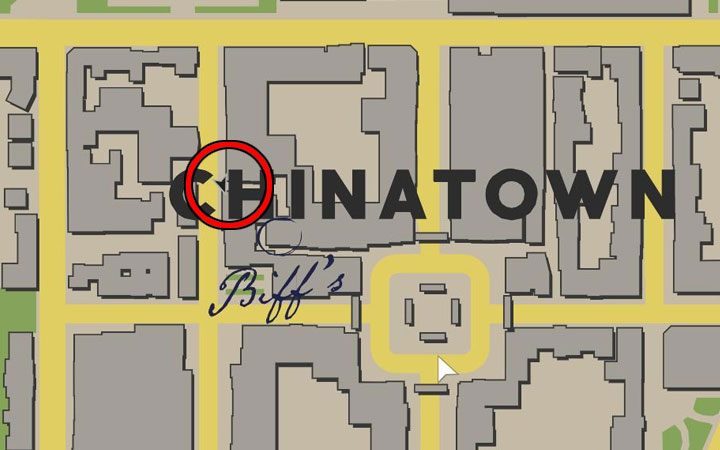 The comics can be found in the Chinatown district. It lies on the ground at one of the corners of the red brick building. There's a trash can next to the place. 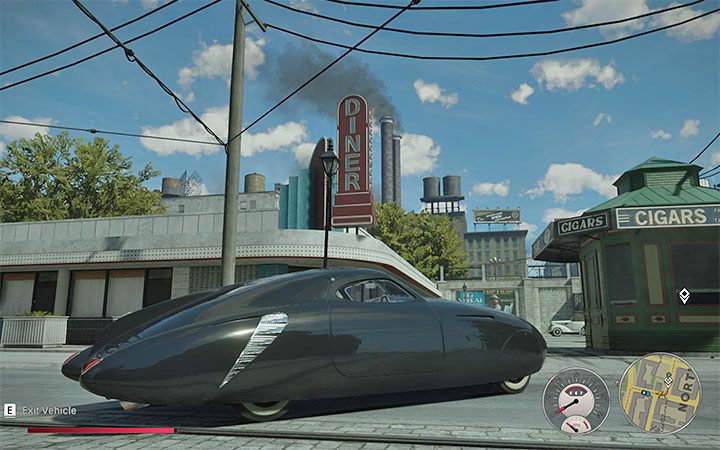 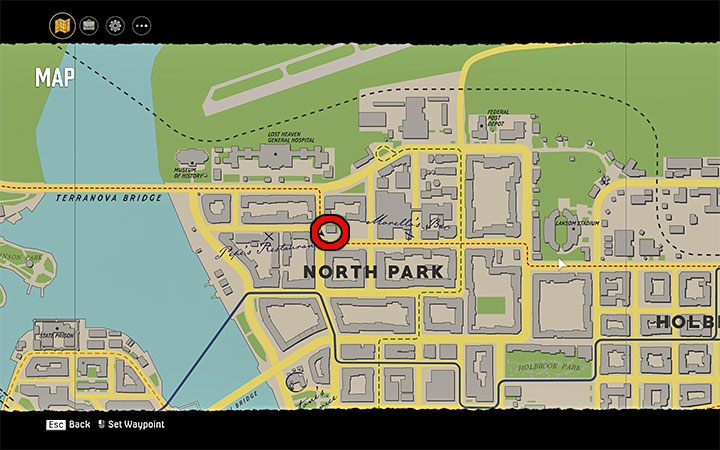 It's the hardest collectible in the game. The comic is located on the roof of the Diner in North Park district, near Pepe's Restaurant and Morello's bar.

Tommy cannot climb to the Diner's rooftop. You have to land a car on the roof. To do this, take one of the faster vehicles from Tommy's garage. 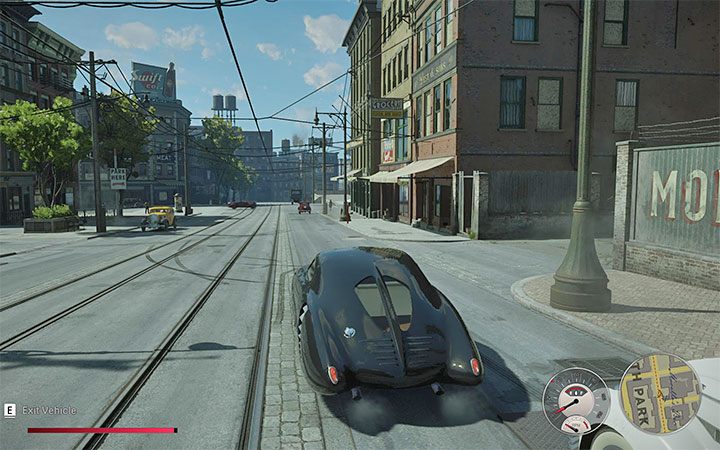 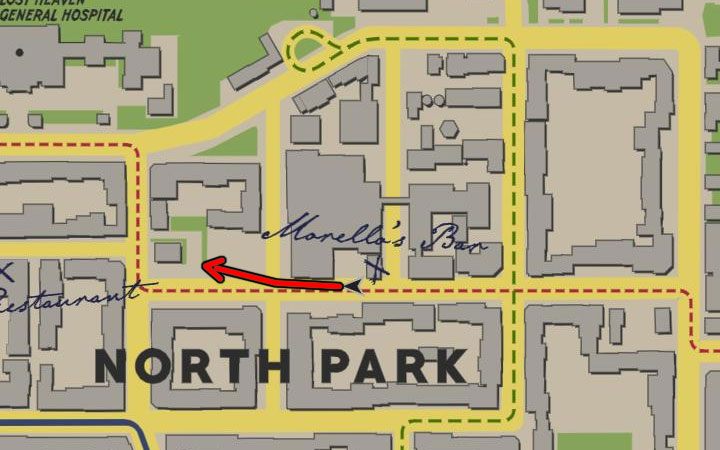 Start east of the diner, near Morello's bar. The route is shown in picture 2. 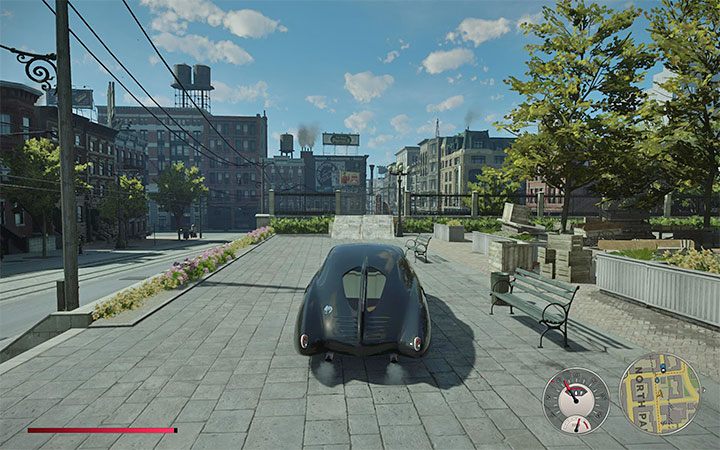 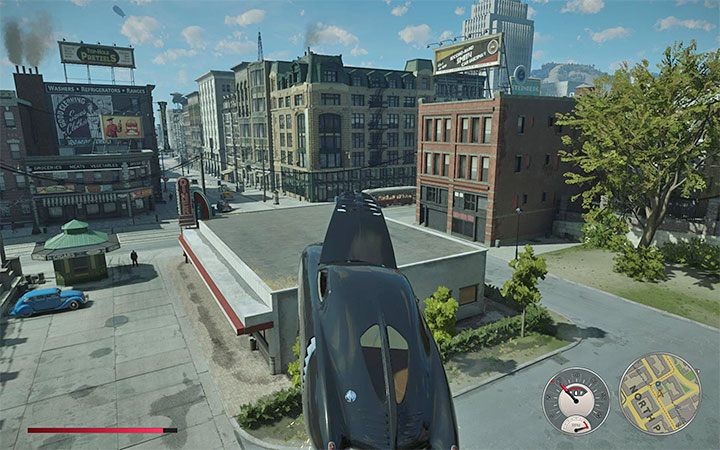 Your task is to drive on the ramp shown in picture 1. When you launch, try to go as far to the right as you can to land on the roof (picture 2). 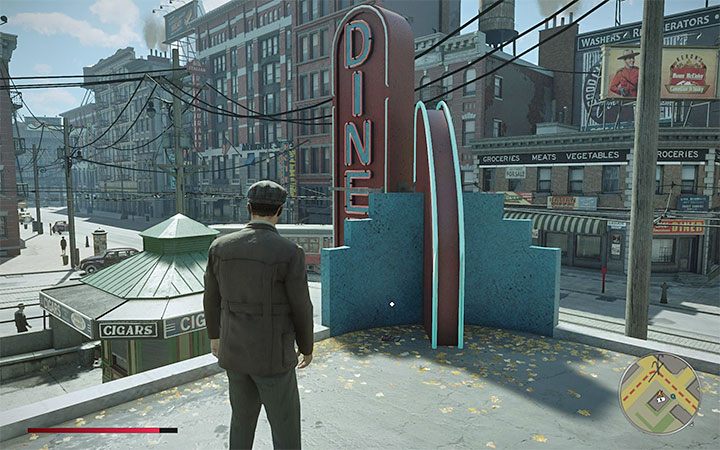 The collectible is in one of the corners of the roof. It is hidden behind the Diner's neon sign.