On this page of the Mafia Definitive Edition guide, you can find a walkthrough of the final 20th main mission  The Death of Art. You will know, e.g. how to eliminate enemies in the art gallery and how to deal with the final boss.

Meet Paulie at his apartment 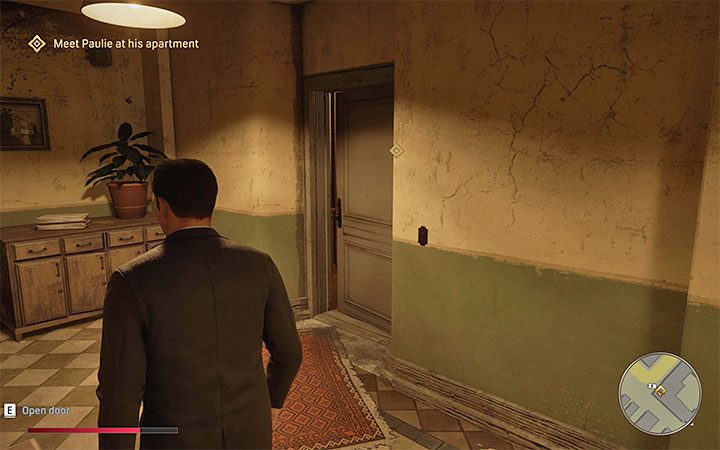 Paulie's apartment is located in the Little Italy district. You can get there by a vehicle that's parked in front of Tommy's house, or by any other means of transportation. In this mission, the choice of car plays no role.

Once you get there, enter the building and head to the upper floor. Open the door of Paulie's apartment and watch a cut-scene.

Meet Sam at the art gallery 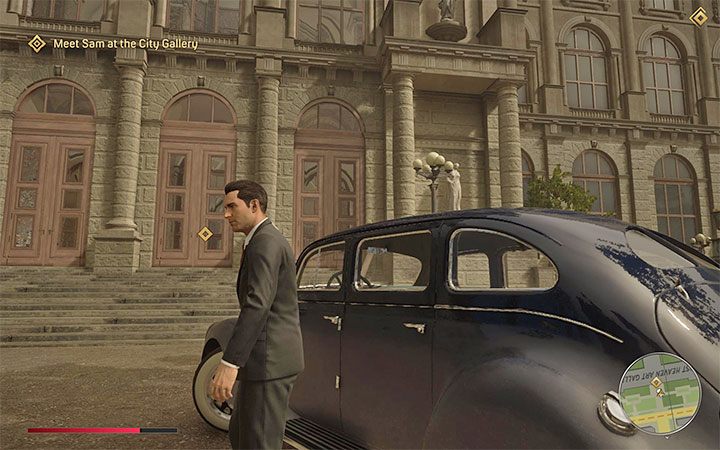 Get out of the building and get in the car. Your new destination is the Lost Heaven Art Gallery in the Central Island district. Park anywhere in front of the gallery and go inside to trigger a cut-scene. 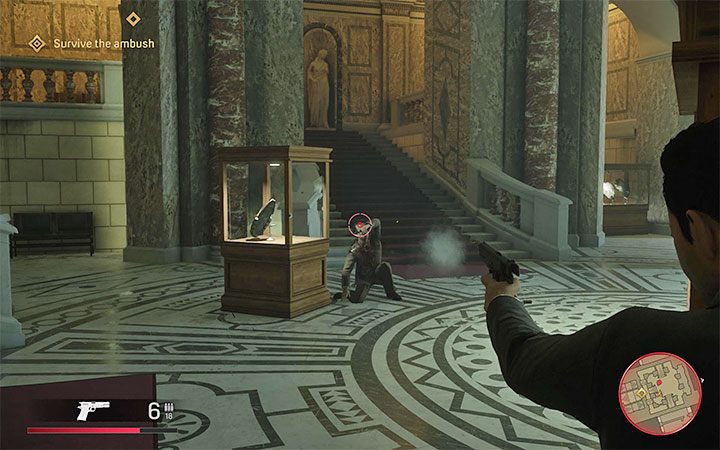 The fights in the art gallery are intense. Here are some information and hints about them:

The first fights will take place in a large circular hall. Hide behind pillars and exhibits. Don't go out into the open. Sadly, you can't use the upper balconies to flank the enemies. 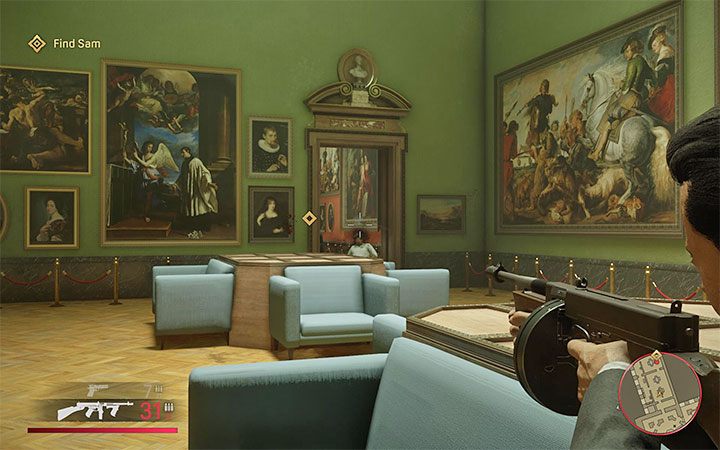 You must now begin the long walk through the art gallery. Pay attention to the mini-map when you get closer to each new location. Also, try to pick up a better weapon from one of the first bandits  it can be a shotgun or Tommy gun.

In some areas, the path branches out slightly  you can use this to surprise enemies with attacks from the side. 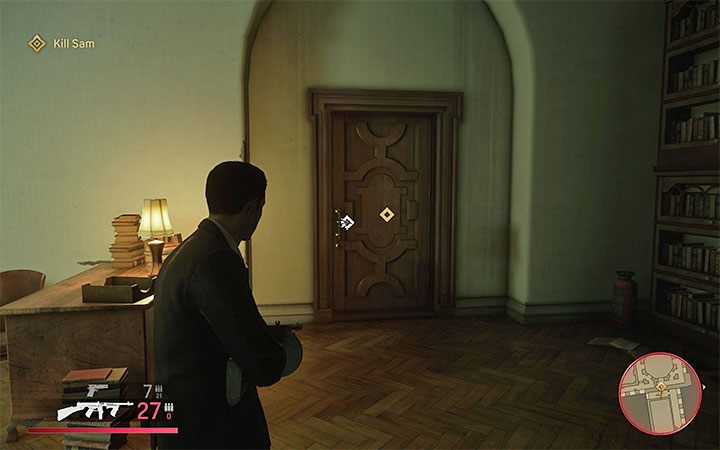 When chasing Sam, you have to, e.g. break down the double doors (watch out for the enemy with Molotov cocktails), take the stairs leading to the upper floor and walk through narrow rooms with exhibits.

The door in the image above leads to a new large room where a bigger fight will take place. 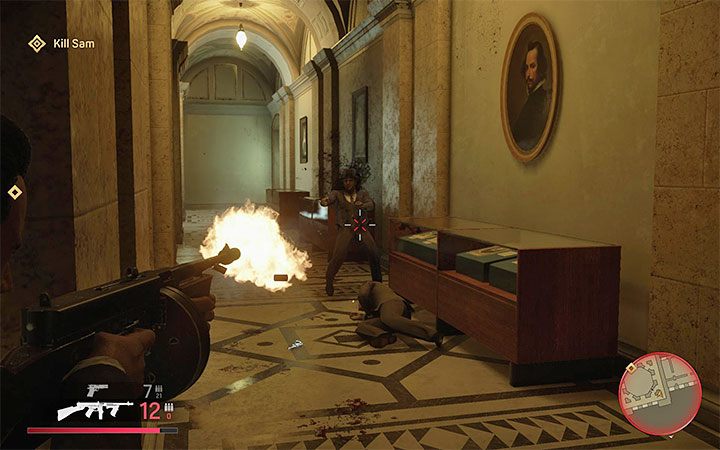 Use covers as often as possible and don't allow opponents to attack you from the flank. First, focus on eliminating the regular gangsters accompanying Sam. 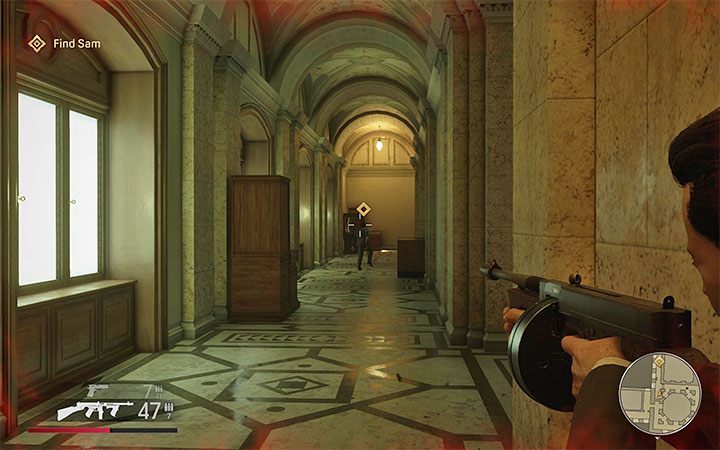 When you catch up with Sam, wait for a good moment to lean out from behind the cover and shoot him. A successful shot will trigger another cut-scene. 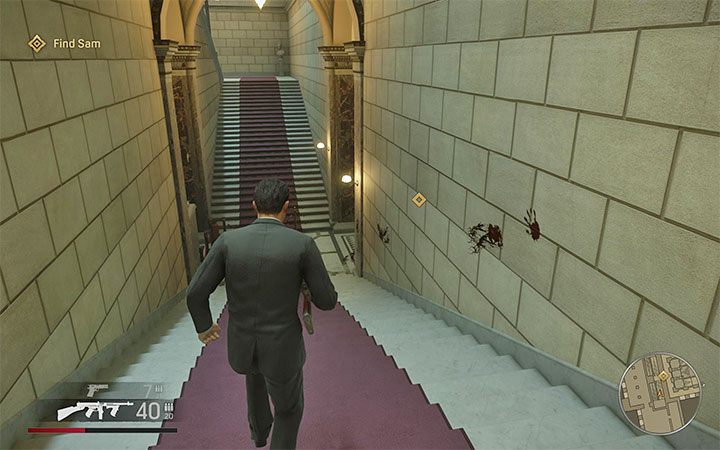 It's not over yet. Resume your pursuit and be ready to get rid of more standard opponents. Just like before, don't take too many risks because you may not have the chance to heal Tommy.

The passage leading to the final room is on the lower floor. 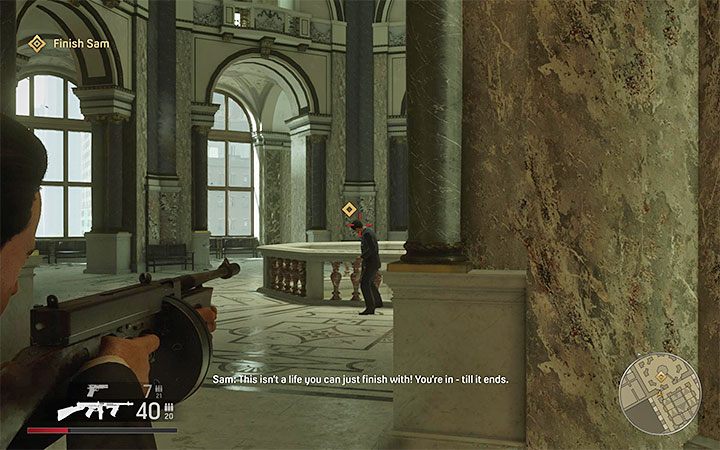 Start hunting Sam and don't forget to hide behind covers. In addition to using firearms, the "final boss" can also throw grenades.

You need to shoot Sam, preferably by leaning out from behind a cover. 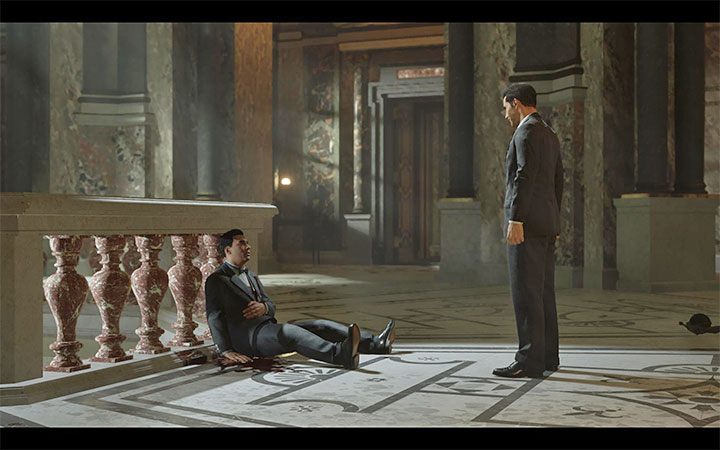 A successful hit will trigger a cut-scene. That's it  all you have left is to watch the next cut-scenes, the epilogue (it's not interactive), and the end credits.