On this page of our game guide to Mafia Definitive Edition, you can find a description of main mission 13  Bon Appetit. The following walkthrough explains how to survive an ambush at Pepe's restaurant, how to protect Don Salieri, where to find Carlo and how to hunt him down. 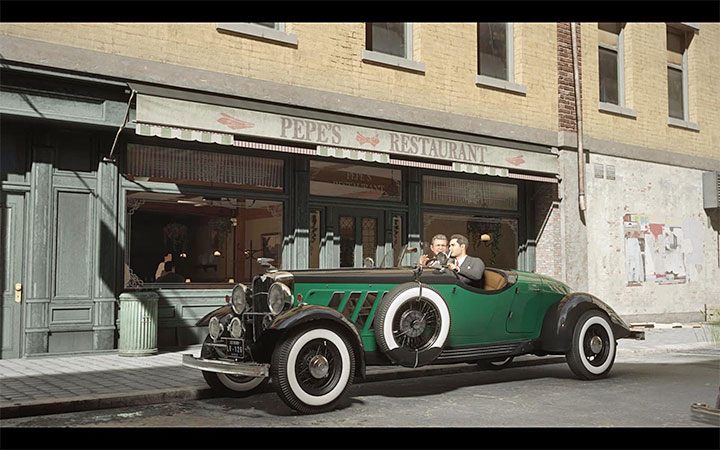 After listening to Salieri's conversation, he leaves the bar and jumps into the driver's seat of Don's car. You have to take a ride to Pepe's Restaurant located in the North Park district. Park your car in an alleyway next to the restaurant and watch more cut-scenes.

Circle round and ambush attackers 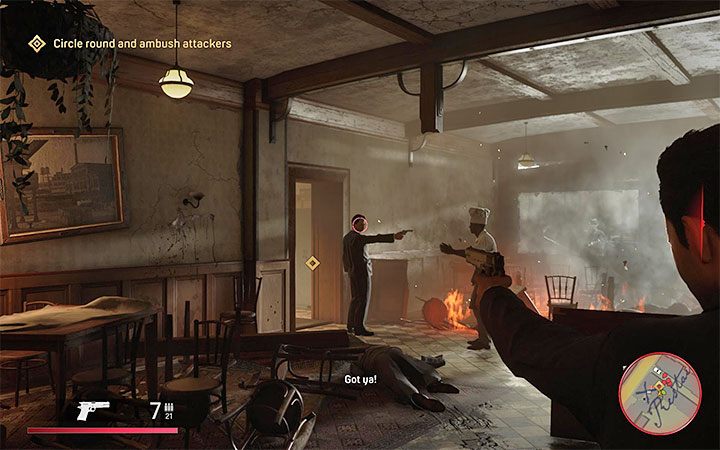 After regaining control of Tommy, shoot a mobster who's pointing a gun at the cook. Then select the side passage he was standing in front of. 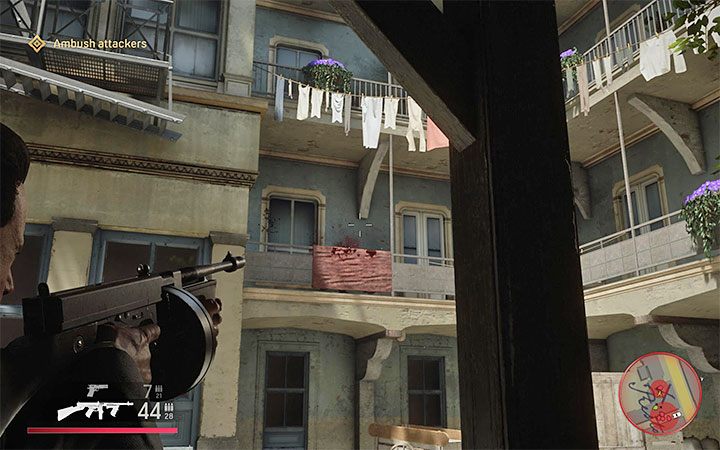 In the kitchen, be ready to quickly get rid of another mobster. Collect the Tommy Gun. In the next room, you'll find a first aid station and ammunition crate.

Approach the back exit of the restaurant. Don't rush out of the building, just attack enemies while taking cover behind some obstacles or walls. One of them occupies the upper balcony shown in the picture above  don't get surprised. 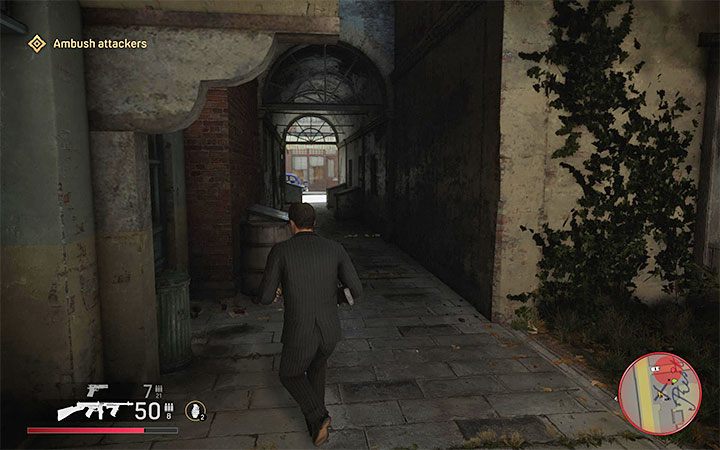 After the battle, take the narrow alleyway shown in the picture that runs between the restaurant building and an adjacent apartment building. Two gangsters will arrive - quickly hide behind a container and shoot them from behind a cover. 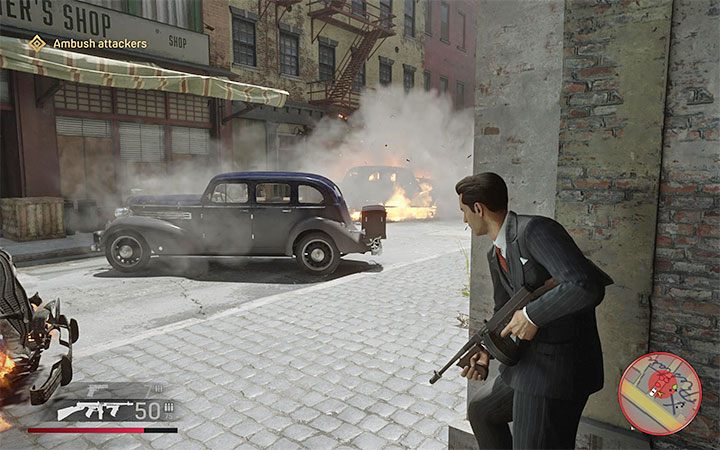 Choosing a side alley will allow you to flank the hostile mobsters, who stand in front of the attacked restaurant. Grenades can help you in eliminating gangsters  it's worth throwing them at vehicles standing on the street. After winning the battle, reach the restaurant entrance to find Salieri. 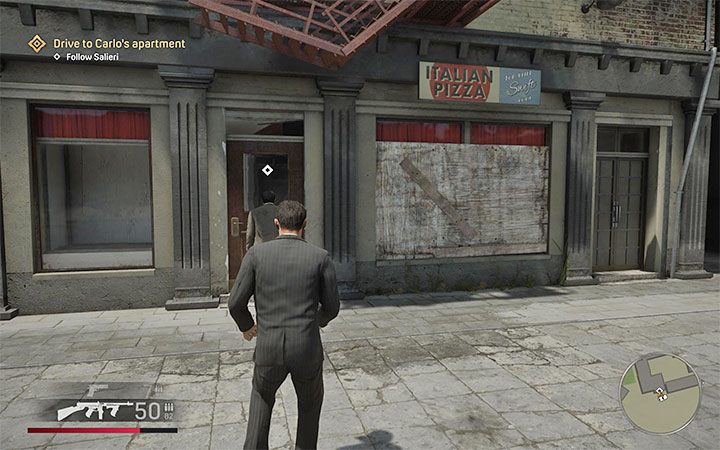 Tommy and Salieri will automatically get into one of the parked vehicles. Head for Carlo's apartment located on the border of Downtown and Holbrook districts. Once you reach the site, use the lower entrance to the building. 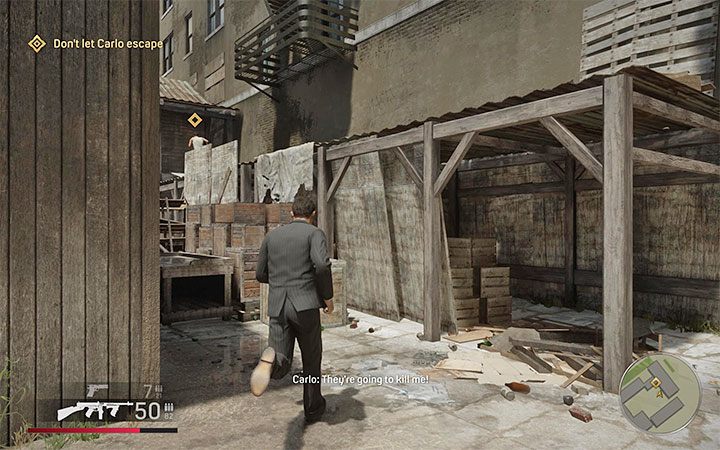 At the very end of the mission, there is a stage in which you have to chase the fleeing Carlo. During this sequence, focus on avoiding obstacles and climbing the higher levels or ledges available in this location. You can't allow Carlo to get away from Tommy. 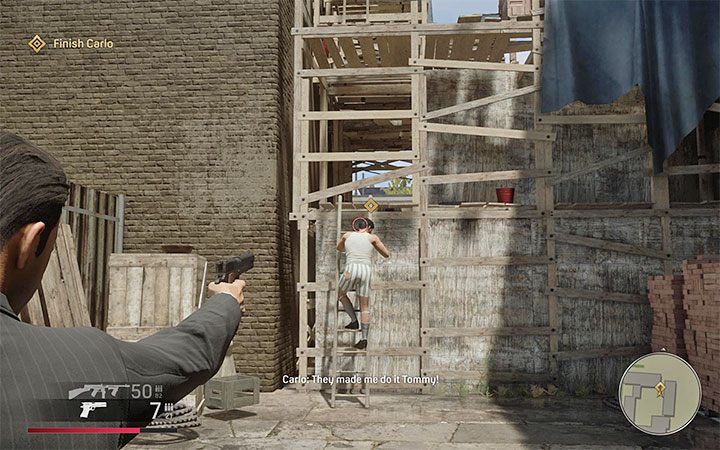 Continue the chase until Carlo grabs the ladder. Shoot him (in any part of his body) to stop him. Some cutscenes will be displayed. This will end the mission.