On this page of our game guide to Mafia Definitive Edition you can find a description of main mission no. 6  Sarah. It is a short and relatively simple mission in which Tommy accompanies Sarah on her way to her apartment. By reading our walkthrough, you will learn how to defeat all the bandits and how to protect Sarah.

Walk Sarah to her apartment 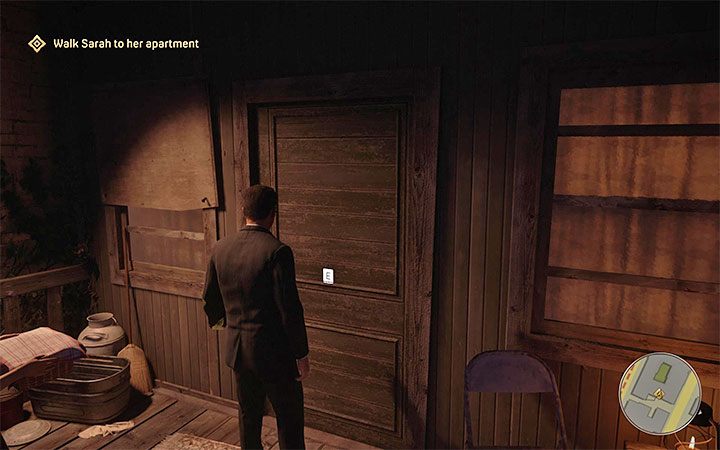 The initial part of the mission is very linear. You need to take a longer walk with Sarah and listen to the conversation along the way. The only interactive moment takes place when you have to knock on the door of a house of poor people. Sara wants to give them some food.

Teach the punks a lesson 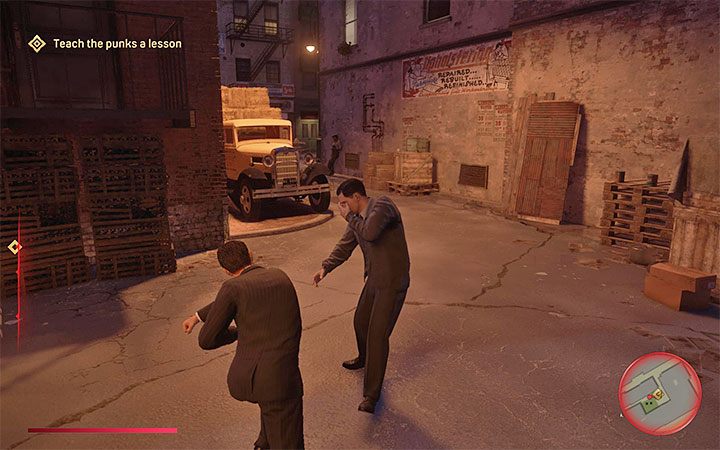 You will encounter a few thugs before entering the building where Sarah lives. Once the fight begins, focus on a single enemy instead of fighting with the whole group at once. Press the dodge key at the right moment and then perform counter-attacks by pressing or holding the melee combat key. Any weakened thug must also be finished off and beaten by pressing the attack key once more.

The first defeated opponents will leave behind different varieties of melee weapons  it is worth picking up a knife or a board in order to use it in next battles. 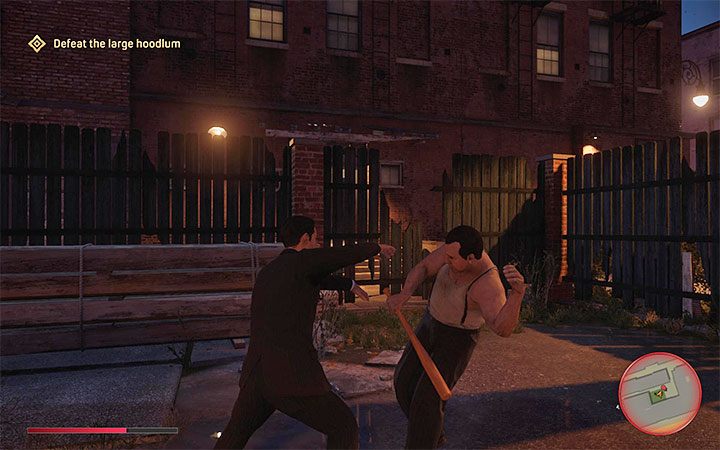 Start by attacking the bandit that stands in front of Sarah. Then the fight will move to a yard, which is located nearby this area.

There is a larger thug to defeat, but the tactics of the fight remain unchanged  perform dodges and use counter-attacks. Perform attacks until the bandit will start blocking them. Then, once more prepare yourself to dodge. After the battle, return to Sarah to watch the cut-scene. This will end the mission.