This part of the walkthrough is devoted to the final chapter of the game Lust for Darkness. You start this chapter in the Lusst'ghaa dimension, where you will meet Willard. 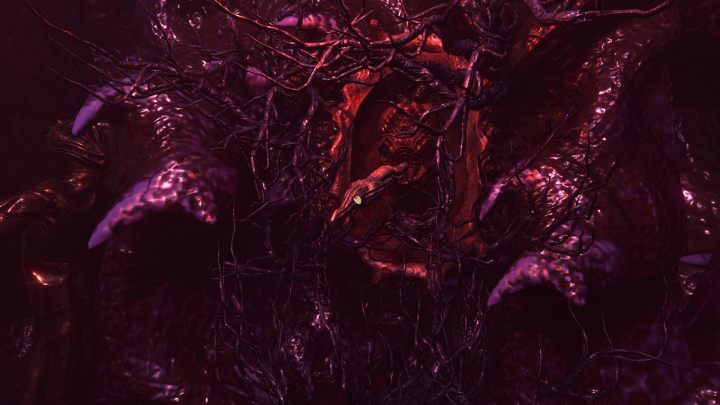 First, follow the corridor until you get to a room with a closed passage. Remove the switch from the statue shown in the picture above, next place it in the socket in the middle of the room. Use the switch and enter the newly opened room. 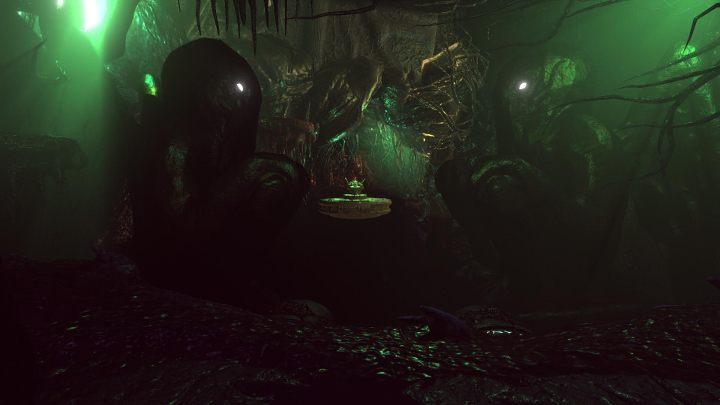 Cross the bridge, and then follow the corridor until you get to the place shown in the picture above. When there, put on the mask to reveal the hidden bridge, which leads to the platform shown above. 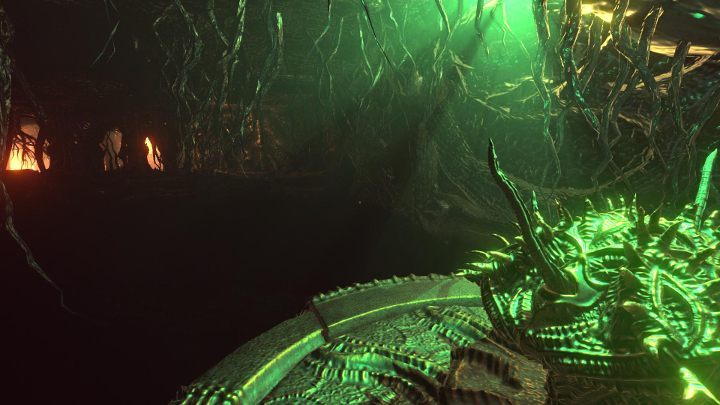 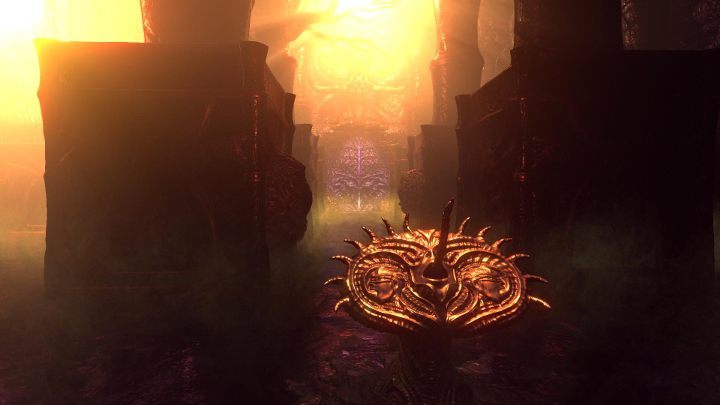 After crossing the bridge you will get to the place shown in the picture above. The switch is for opening a passage, but unfortunately, you can't just go to the exit. First, you have to climb the first pillar on the left, then move to the right side and hug the wall to get to the exit. In other case, the passage will keep closing.

A meeting with Willard 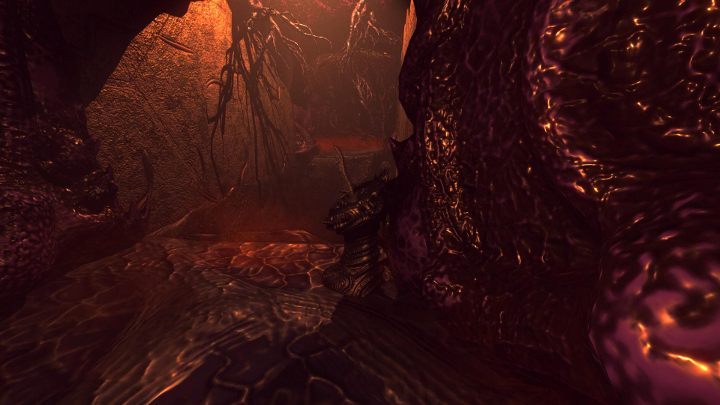 In this room, you will find a child, after a moment Willard will appear, you have to run away from him. Make your way to the corridor with the red fog, then activate the switch shown in the picture above. This will create a floor, which you can use to run away. 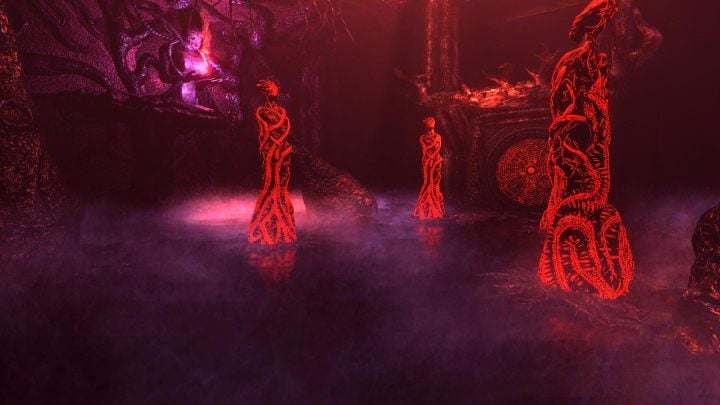 You will arrive in a room with pillars, as shown above. Now, Willard will start casting spells, which will destroy the blocked passage. You have to kite Willard in a way that will lead him to cast his spells near the passage, do this twice, and it will be enough. 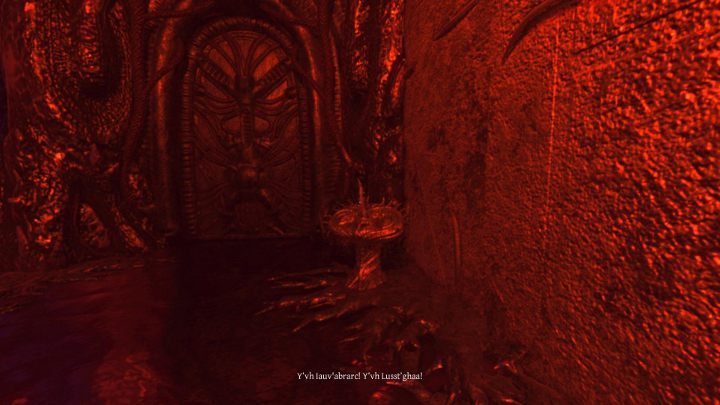 After the passage is destroyed run into the corridor and activate the nearby lever, but don't go through the door which will open, instead, turn left. 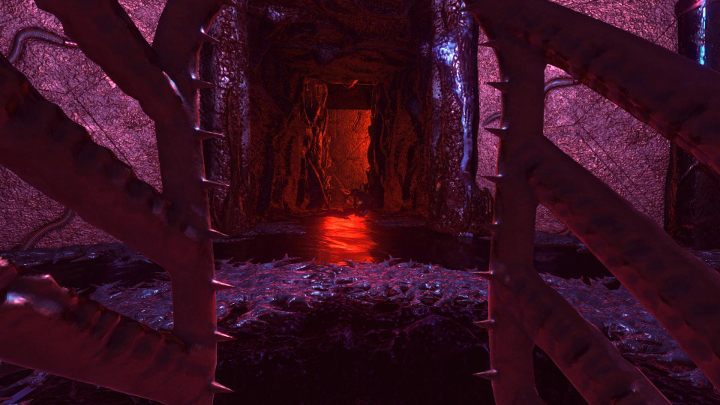 You find yourself at a dead end, but after a short delay, Willard is attacked. Activate the nearby switch and take the elevator. 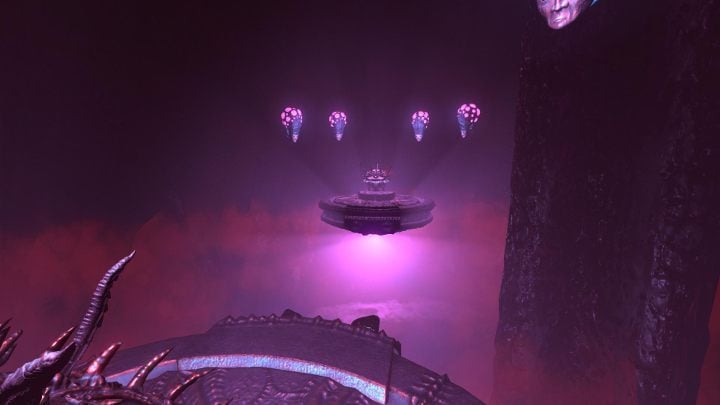 You get to this location by a platform, which you used before. Put on the mask, and adjust the smaller platforms in such a way that new bridges appear. 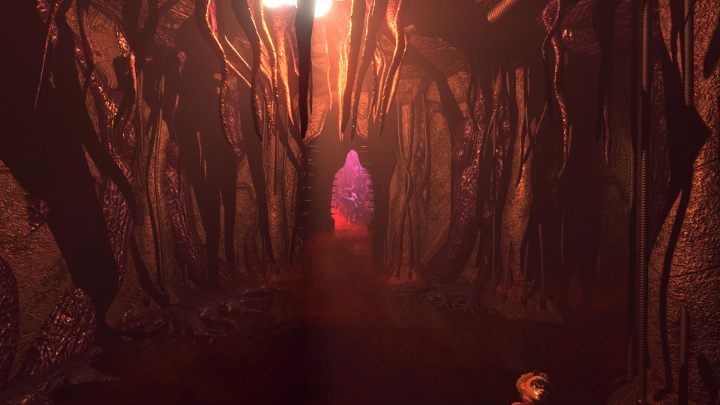 After crossing the final bridge you will find yourself in the location presented in the picture above. The main path leads straight, but before you go there, take a turn right and pick up a new mask. Put it on and follow the main path (if you don't put on the mask, you will be attacked and the game will end). 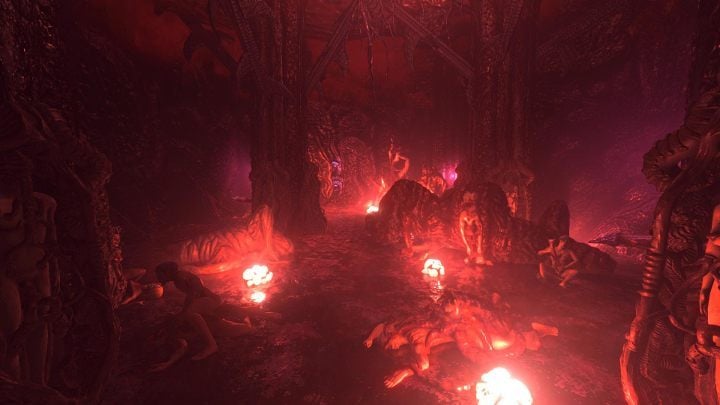 When you arrive in the room shown above, you can take off the mask. Now, you have to find three switches, in order to get out. 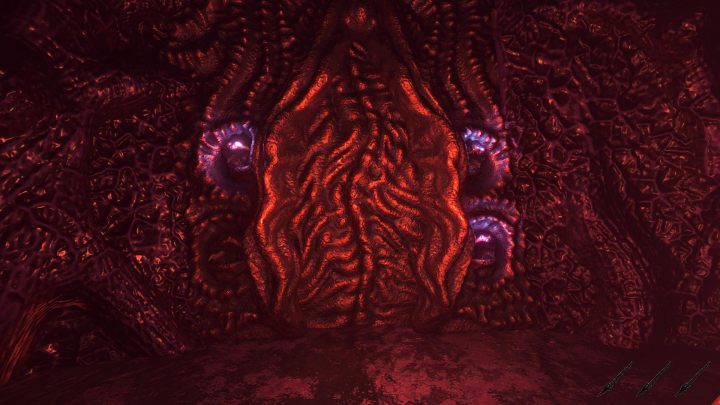 The first switch is just at the entrance to the room, and the other two are in the vicinity of the blocked passage. Having acquired the switches, place them in the empty slots. A passage will open, and you will see a portal to the Yelvertons' mansion. Remember to put on the mask, in other case, you will be attacked. 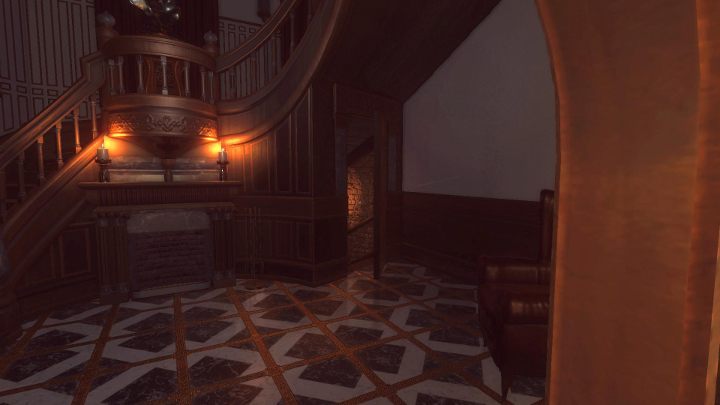 You are in the mansion again, and more precisely, you're close to the room with the crown symbol. Go towards the stairs shown in the picture above (it's the place where you played the piano in the earlier part of the game), but this time, go down instead of going up. 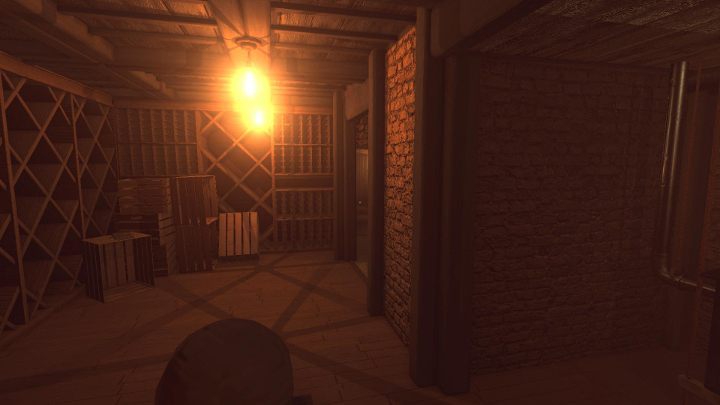 You will arrive at the prison you saw in the prologue of the game. 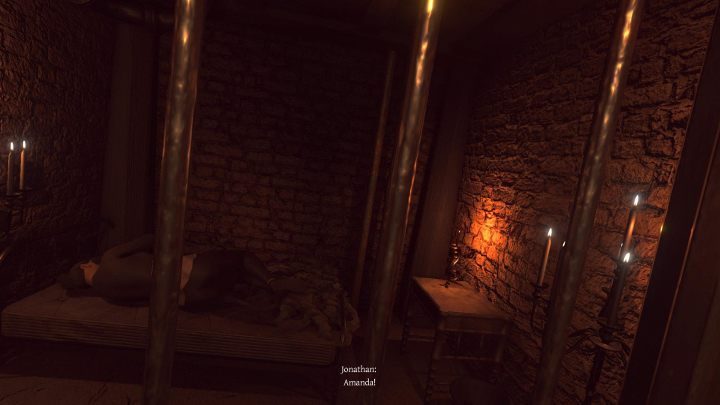 Follow the corridor until you get to the cell with Amanda (it's well-lit). After approaching her Willard will appear. A short cutscene will be triggered. 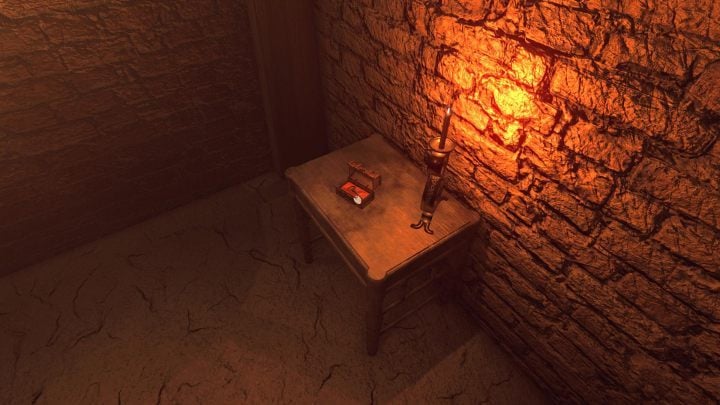 Bypass Willard's body and head to the last room in the corridor. There, in the casket, you will find the key to Amanda's cell. Return to her, a cutscene will trigger. 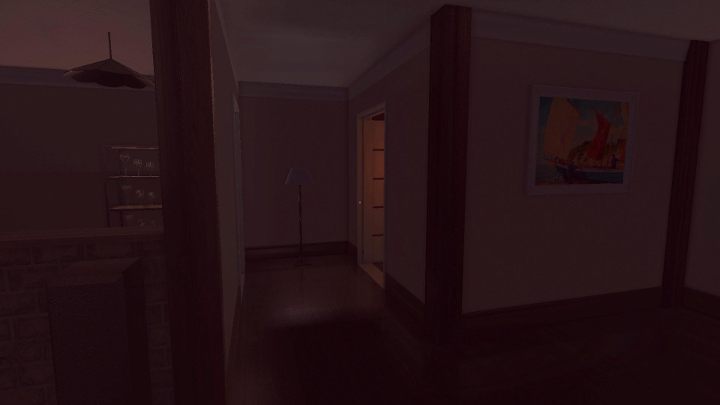 Before you finish the game, there's a short sequence in Jonathan's and Amanda's house. First, go up, then go down. The light will turn off, enter the room shown in the first picture. Read the letter, then follow the candles. You will see the ending cutscene. You have just completed Lust for Darkness!