You'll find yourself inside a large building. If you're a fan of the TV show, I'm sure that you'll be familiar with these surroundings. Ignore the voices, because you won't be attacked by anyone. Also, you don't have to be in a lot of hurry. Proceed to the first room (screen). You might want to consider exploring it, however you should still ignore tradeable items. The only exception is the gun clip, but only if you've used up your ammunition supplies. 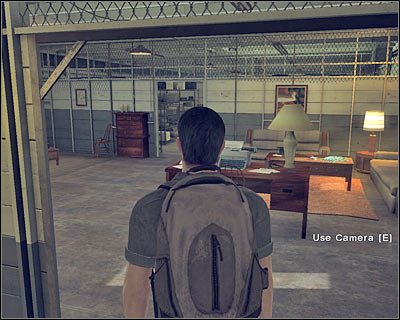 You may proceed towards the second room. Ignore the storage area, because there are only a few beer cans out there. Instead, it would be a good idea to activate one of the computers (screen). This is optional, so if you want to proceed with the main quest, you can leave this room right away. Wait for the game to load the main menu. You are allowed to enter 24, 32 and 38. If you chose 38, you will also have to type 56. DON'T type 77, unless you want to witness your character being killed. :-) Close this window and leave the room. 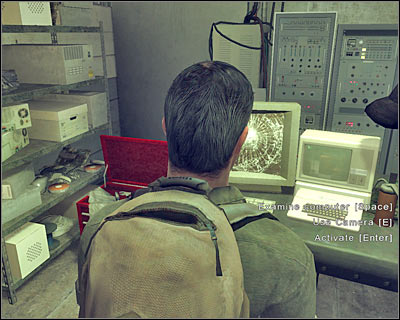 Head on towards the third room. Once again, you may ignore the conversation in the background, because you won't encounter anyone right away. Approach the large table (screen) and use your camera to take a photo of the map. If you've photographed two other maps while exploring the Swan station, you will be allowed to fulfill one of the additional quests. You'll also find a second gunclip in this room. 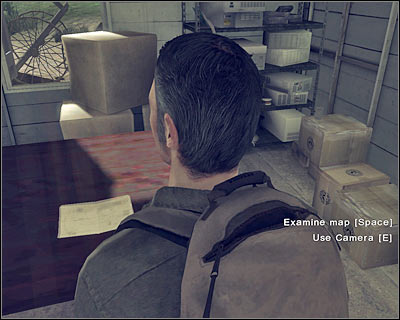 Make sure that you've explored all three rooms. Once you're ready, approach a small door (screen) and press the ENTER key in order to open it. Press and hold the CTRL key quickly. Use your gun to kill a histole in a dark suit. Doing this will allow you to trigger a longer cut-scene. The game will also proceed with the final episode. Get ready for the big finale! 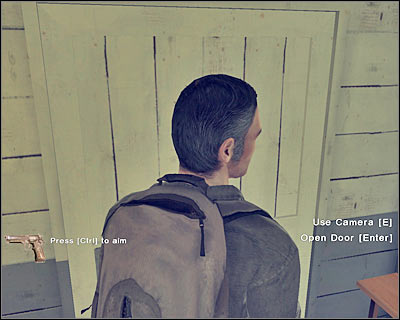