First of all, you will have to go back to Juliet. Don't forget to acquire an oil lantern from her, as well as several cans of oil. You can also consider selling some of the less valuable objects, however it's not necessary, because you won't trade with anyone else in the future. Proceed to the top of a nearby hill. Once you're at the top, enter a new station (screen). Proceed to the stairs and head on to a new corridor. Approach the steel door and choose "Enter the building" action from the list. 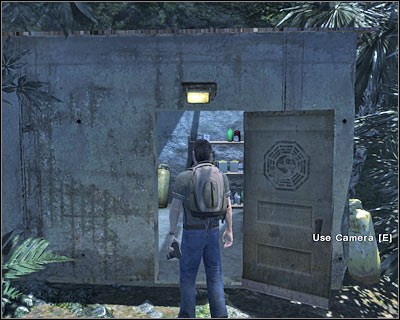 Now you will have to explore a much larger Dharma station. There's only one passageway leading to your current destination, however you will have an opportunity to inspect smaller rooms along the way. You won't encounter any enemies here and you won't have to worry about any security measures. I would recommend using the lantern only while trying to explore darker areas of the base. You will have to be on a look out for new fuses (screen). They're scattered throughout the entire station, so I'd recommend that you explore each room and corridor carefully before proceeding to the next area. Don't waste your time trying to pick up beer cans or food boxes. You won't need these items anymore. 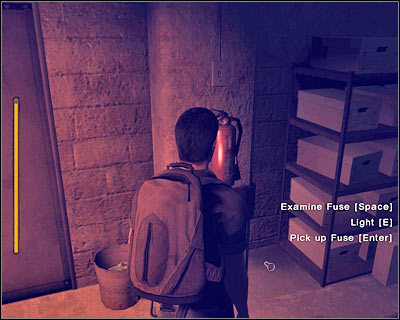 Start off by moving forward (screen). A small room is going to be located to your left. Make sure that you've been there, because it contains more fuses, as well as an instruction manual. There's also a small room to your right, however you'll only find one fuse there. Go back to the main corridor and keep heading straight. Once you've reached a corner, turn right and proceed forward. 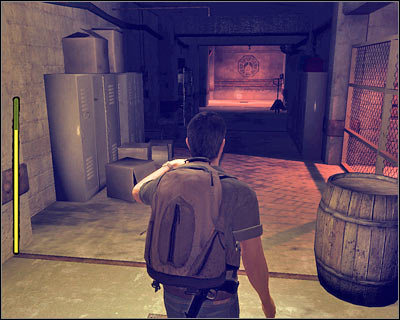 You will encounter a junction here. Proceed to your right and inspect this corridor. You will have to find two fuses. You'll come across a dead end, so you must go back the same way you came before. This time try moving in a straight line. You'll have to pick up two new fuses along the way. Once you're done exploring, enter a small room (screen). 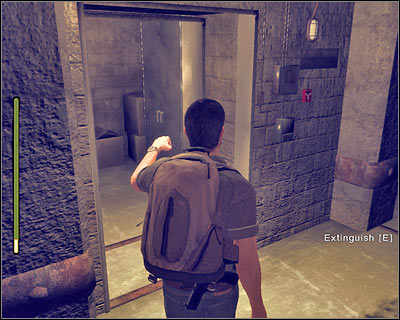 You'll find yourself standing inside a small room. Obviously it would be a good idea to explore it. Make sure that you've been to the bathroom, because you'll find one of the fuses there. Proceed towards an opposite exit (screen). Turn right and start moving forward. There's going to be a fuse to your right. Take it and keep heading straight. 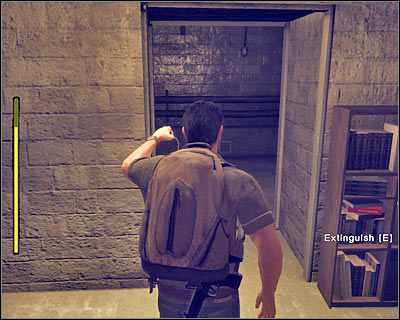 Don't forget to pick up other fuses along the way, because you're going to need them to solve a puzzle. Once you've entered a new location, go to your right and get closer to the monitors (screen). I would recommend that you start off by going to your left. You'll come across several dead ends there, however you'll also find a new fuse. Go back to the main room and go to your right. 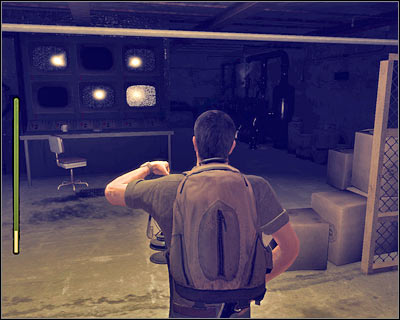 You should be able to get to a new corridor. Look at the screen, because that's where you'll have an opportunity to get down to a lower level. I would recommend that you go there, because you'll be allowed to pick up a new fuse. Go back up and proceed to the exit. You will have to find a well-known electrical panel. Extinguish your lamp, because you won't need it anymore. 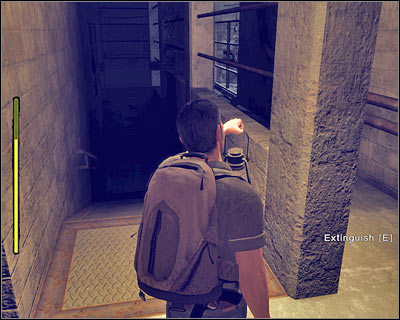 Approach the panel and press the ENTER key in order to activate it. This will allow you to proceed with the mini-game. Look at my screen for a full solution to this problem. Placing the fuses in correct slots will allow you to open a nearby gate. You don't have to pick up the fuses from the panel, because you wouldn't be able to use them later on. Proceed to the ladder and choose "Climb to the main floor" action from the list. 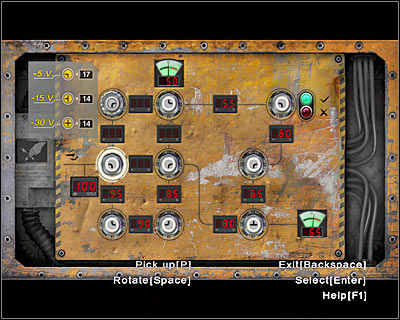