This is going to be the MOST difficult section of this episode. You will have to avoid the black smoke and transport the dynamite AT THE SAME TIME. You won't be allowed to run, so you'll have to memorize the path and use banyan trees for cover. The first hideout can be found near the starting area (screen), so you should decide to use it right away. 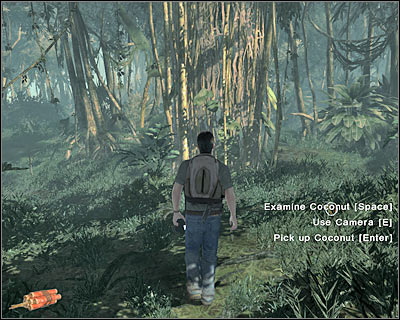 You could try and use the signs again, however I assume that you still remember the correct path. Additionally, you shouldn't have any problems spotting the hideouts. The second hideout can be found to your left (screen). Like I've already said, you shouldn't try running. Press the run key only if you're being pursued by the smoke, however release the button after about a second. 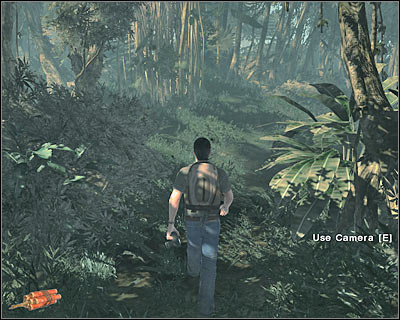 Keep heading towards some of the other hideouts. Remember to stay inside each set of banyan trees for at least 25-30 seconds, so the black smoke will leave you alone (you won't hear any strange noises). Thankfully, the fourth hideout is located near the exit (screen). Once you've used it, you will be allowed to proceed directly to the last flag. Choose "Go to next area" action from the list. 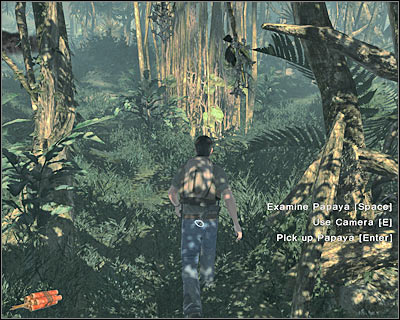 Thankfully, the final part of your journey is going to be a lot easier. You will only have to make sure that you're not running. Start off by going to your left. Eventually you will have to return to the waterfall (screen). Enter the cave and use the small tunnel to go back to the secret entrance. You've already been here before, so you shouldn't get lost along the way. 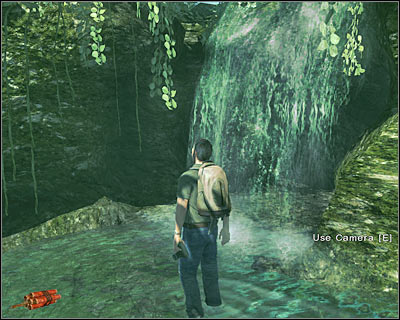 Approach the steel door and press the E key. This will allow Elliott to place the dynamite on the door. Obviously you will have to move back to a safe distance. The opposite end of this corridor should do the trick. Hold the CTRL key in order to use your weapon. Aim for the dynamite (screen).

Once the explosion has occurred, enter the new area and use the stairs. Wait for the game to begin loading a new location. 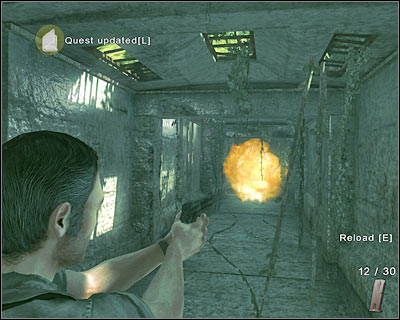 Start off by moving forward. You should be able to reach a much larger area in just a few seconds. Turn left and keep heading straight. You will probably encounter a few interactive objects along the way, including beer cans. Pick them up if you want to. Your main objective will be to find and use a new computer (screen). 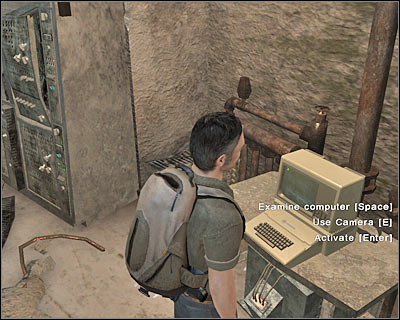 Click on EXECUTE or press the ENTER key. Once again, you will have to pass an intelligence test. This time you will have to answer to three questions. Here are the correct answers: 8 (first question), R (second question), 493 (third question). Press EXECUTE in order to end the test. You will have to wait for the computer to load the main menu (screen). Pressing the A key would give you a funny response and pressing the B key would result in displaying the current status of the station. Press the C key in order to shut down the reactor. You are going to be rewarded with a new cut-scene and this chapter will come to an end. 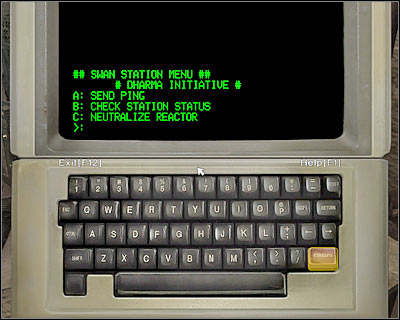