You will be allowed to rest here, because the black smoke won't appear near the Black Rock. Instead, you will have to defeat a single opponent. Make a few steps forward and draw your weapon by holding the CTRL key. I would recommend hiding behind one of the nearby boulders (screen). Wait for your opponent to start reloading his weapon. He should do this once he has fired two shots at your main character. 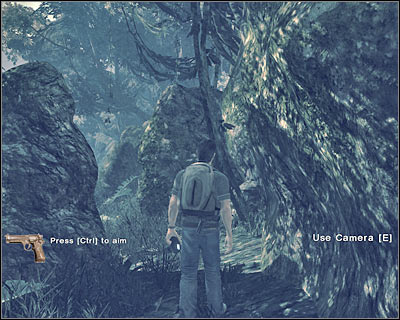 Now you will have to lean out quickly. Aim at your opponent, so the target changes to red (screen). Remember that you don't have too many bullets at your disposal. I would recommend that you go for a precise shot. You will have to fire two rounds before you'll be able to get rid of him. 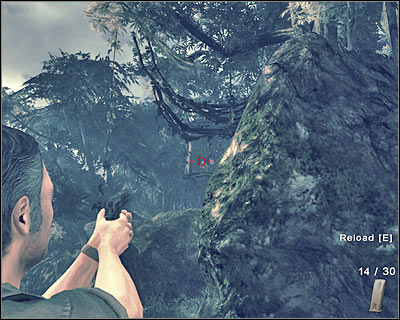 There aren't any other hostile units in the area, so you may as well holster your weapon. Start moving forward. You won't encounter any valuable objects along the way, so you should focus only on getting closer to your destination. You might want to consider taking a closer look at the anchor. It can be found to your right. Eventually you'll come across your main objective - the Black Rock (screen). 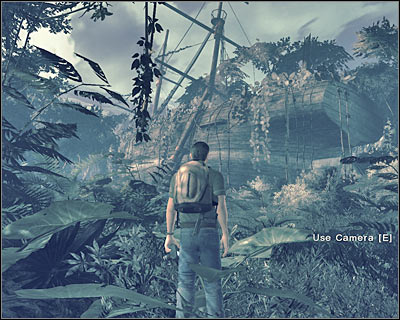 You won't have to explore this area more carefully, because the ship is surrounded by bushes and trees, so you wouldn't be allowed to travel too far. I would recommend that you find a hole (screen) and enter the ship as soon as possible. There's a food box to your right and you'll also find a second box later on. 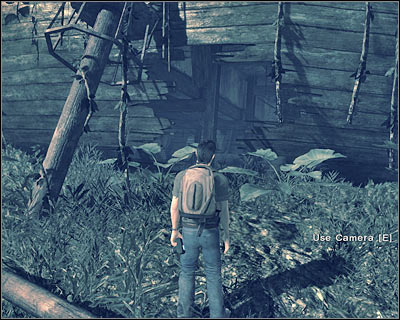 Your main objective will be to find the dynamite, so you have to go to your left. Before you decide to pick up the dynamite, choose a digital camera from your inventory. You will have to take a photo of a skeleton (screen). This will allow you to fulfill one of the sidequests. Once this is done, turn left and pick up the dynamite. 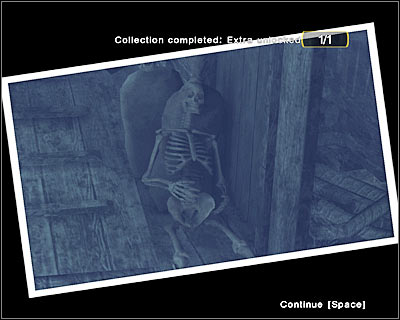 As you've probably suspected, you will have to travel all the way back to the closed door. Sadly, the game won't make your life any easier than it already is. The most important thing here is to avoid running. Otherwise you would have triggered an explosion and your main character would have died. Thankfully, there's an icon in the lower left corner of the screen, so you'll know whether the dynamite is becoming unstable or not. Start off by leaving the ship. 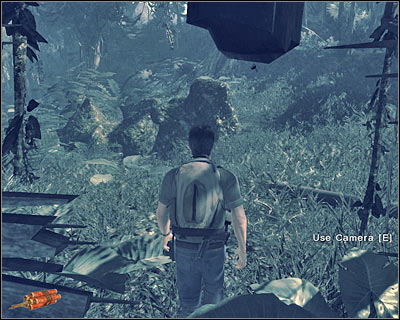 Head on to your left. It shouldn't come as a surprise to you that you'll have to go back to the starting area (screen). Remember that you aren't allowed to move faster and you should be fine. Thankfully, you won't encounter any hostiles along the way. Approach the exit and choose "Enter the Dark Territory" option from the list. 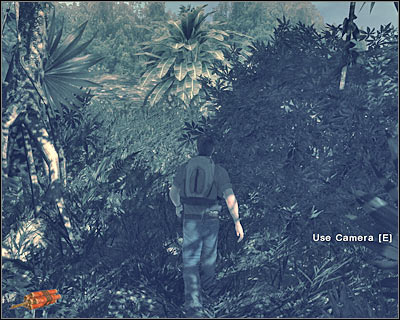