You'll only spend a few seconds here. Start off by moving forward, so you'll find yourself near the hatch. Don't go to the Swan station. Instead, turn left and approach the red flag. Look at my screen if you're having some difficulties finding the flag. Press the ENTER key and choose a new option from the list - Enter the Dark Territory. Wait for the game to transport you to that location. 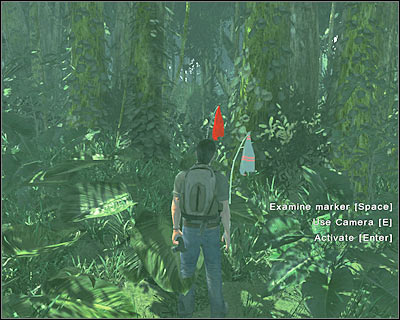 I have to warn you, because this is going to be an extremely difficult journey. You will have to avoid being caught by the black smoke. The main difference is that you'll have less time to hide, because the attacks are going to be unexpected. You will encounter four hideouts along the way, however you will probably use only three of them. As for navigation, you will be examining other flags, similar to the ones on the screen. 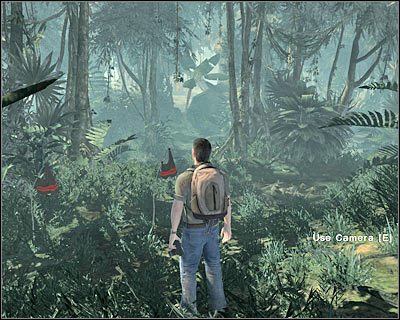 Your first task here will be to go to your left. You will have to be moving in a straight line. I would also recommend pressing the run button, because you are going to be attacked by the black smoke. DON'T stop at nothing. Keep running forward and eventually you'll be allowed to hide inside the banyan trees. I would recommend staying there for at least 30 seconds, so the black smoke will leave this area of the map. Don't leave the hideout too early. 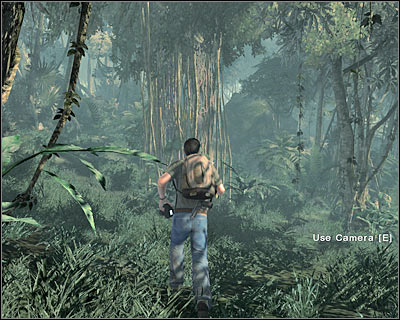 Now you will be given an opportunity to find one of the hidden objects. You would have to leave the hideout and go to your left (don't change the camera angle). Look at my screen carefully, so you'll know that you're heading in the right direction. 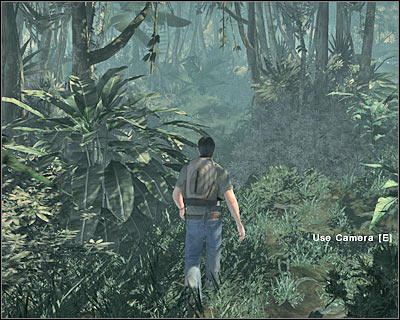 You should be able to find your reward in just a few seconds. It turns out that there's a van here! Enter the inventory and choose your digital camera. Obviously you will have to take a photo of the vehicle (screen). Once this is done, go back the same way you came before. Hide inside the trees before the black smoke gets here. Once again, wait for the black smoke to leave you alone. 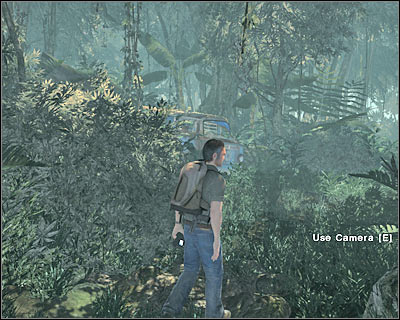 You may proceed with your journey through the Dark Territory. Make sure that you're using the flags to navigate your way to your final destination. I wouldn't recommend leaving the main path. It's also very important to use the run feature, so it won't take too long for the main character to reach new objects of interest. Use other banyan trees for cover. You can only ignore the fourth hideout, because there's a flag nearby (screen). Approach it and choose "Go to next area" action from the list. 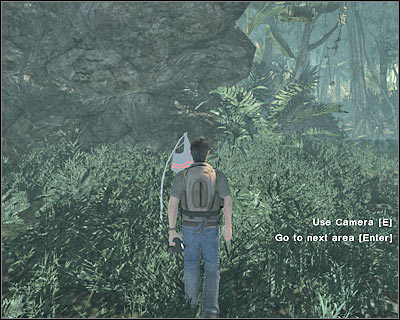