Thankfully, this time you shouldn't have any problems completing the flashback scene, especially since you'll be able to repeat it almost immediately. You will have to start off by moving to your left. Try taking a photo of a document. Look at the screen if you're having some problems figuring out which one it's going to be. Make sure to adjust focus, because otherwise you won't be able to move on. It shouldn't take you too long to take a correct photo. 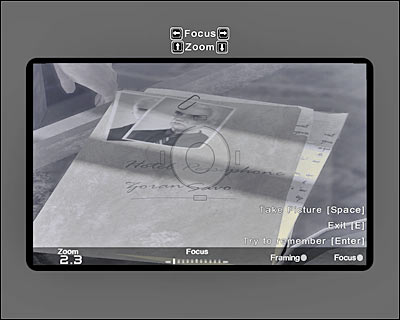 Just as before, you will be allowed to examine some important objects. Head on forward. Your first object of interest should be a recorder (screen). There's also a letter nearby and it'll be up to you to read it. Finally, head back to the counter and open a folder. Once this is all done, talk to Rico. You'll be rewarded with a longer cut-scene and you'll also be transported back to the campsite. 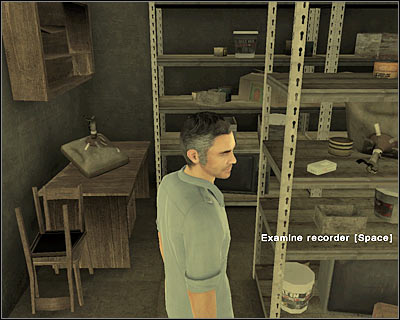 You can go back to Sayid right now if you want to, however you can also talk about your new discovery with some of the survivors (screen). Each time you'll talk to someone you'll be given one new sentence:

- My name is Elliott Maslow.

Sell some of your goods to Charlie while you're still at the beach. It's very important, because you'll come across A LOT of new objects in the near future and it would be a good idea to be capable of collecting them. Once you're ready, go back to the jungle exit and choose "Jump to the hatch" from the menu. 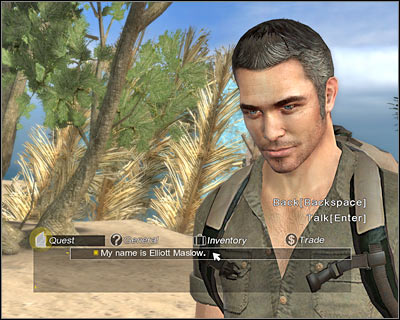 You won't have to discover anything new around the blown up hatch, so you may proceed to the bunker right away. Talk to Sayid and choose new dialogue lines from the list:

- My name is Elliott Maslow.

- What's inside the hatch?

The entrance to the bunker is located behind Sayid (screen). You must press the ENTER key. Choose "Enter the Swan Station" action from the menu. 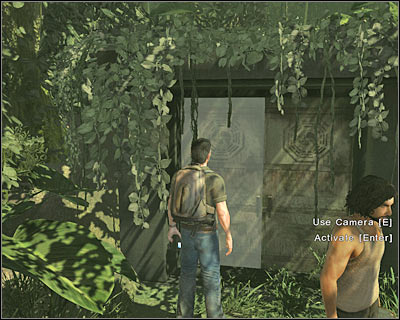 Start off by moving forward. Use the stairs to get down to a lower level of the complex. After that, turn right. You will have to enter the station (screen). The game will display a short cut-scene here. As you've probably noticed, you're trapped inside the Dharma station and your priority will be to get out. 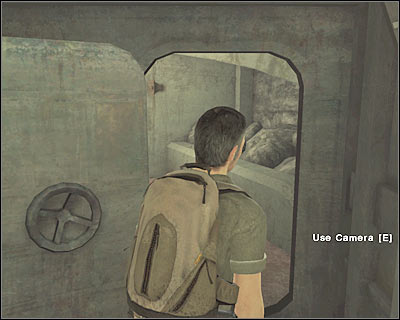