Once you've arrived at the new area, start moving forward. Try taking some coconuts, as well as a water bottle along the way. You should be able to come across Michael (screen). Talk to him for obvious reasons. As you've probably noticed, you will be allowed to choose between several new questions. Here are the new general topics:

- It looks pitch dark in the cave.

- I was attacked again.

As for the main quest, you will have to ask him two questions:

- Have you seen the cockpit? 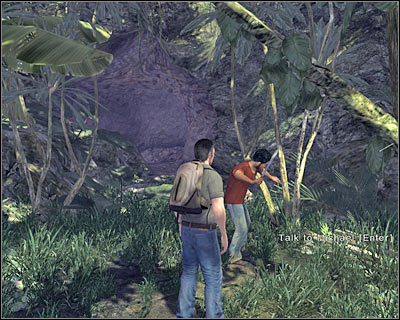 Michael should automatically give you his lighter. You could use this item to explore the cave, however I can assure you that it won't be efficient, mostly because you won't be able to see too far ahead. As a result, you should consider opening a Trade menu by choosing the fourth option. Look at an example of a transaction with Michael (screen). I would recommend purchasing AT LEAST two torches from him, especially if you plan on moving slowly through the cave system, instead of using the run button. Once you've bought the new items, open your inventory by pressing the I key. Click on the lighter and choose Unequip. Once this is done, choose one of the torches. 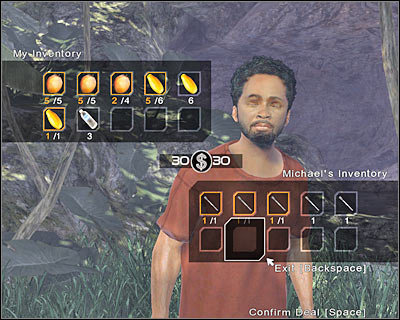 The entrance to the caves can be found to your left, so you won't have to waste any of your precious time looking for it. Once you're inside, head on to your right. You will have to light up your torch here by pressing the E key. The game will suggest that you avoid the bats and the water, so the torch will last longer. Thankfully, you won't have to deal with any of these problems right away. For now focus only on moving forward. 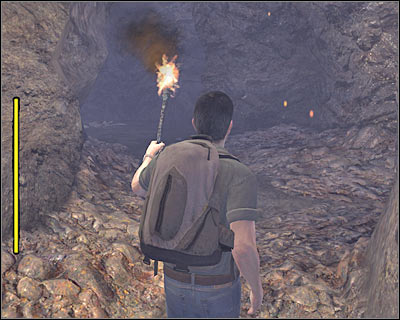 There's only one passageway leading to your current destination, so you really can't get lost while going through the caves. You will have to reach a small bridge (screen). Be careful here, so you won't fall down. If you've lost your torch, ignite the next one. Don't worry if you've bought only two torches, because you'll find a new one very soon. 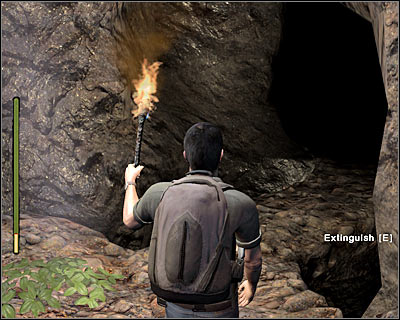 Don't worry about the bats, however you may consider extinguishing your torch as soon as you hear them. Focus most of you attention on protecting the torch from the water, so you won't lose it too early. Keep moving forward. 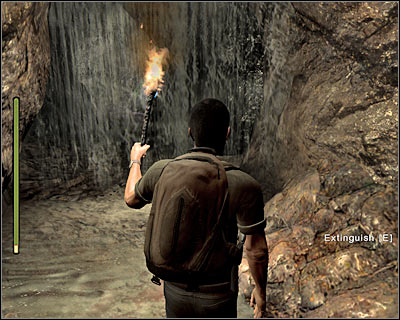 Your objective will be to find a new torch. Look at the screen in order to find out where to look for it. Obviously you will have to pick up this new torch, even if you have some of these objects in your inventory. Ignore the dead polar bear and proceed to the next section of the cave. 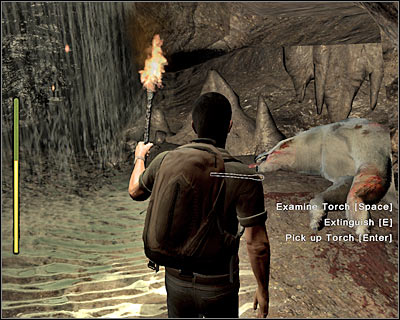 You should be able to reach a small junction very soon. Don't worry, because you can't get lost here. The cave system isn't too big, so eventually you'll end up heading towards your target. I would recommend going left, because it's the shorter way. Look at the screen, because this corridor leads to an exit. Keep moving forward. Exit the cave and wait for the game to begin loading a new area of the jungle. 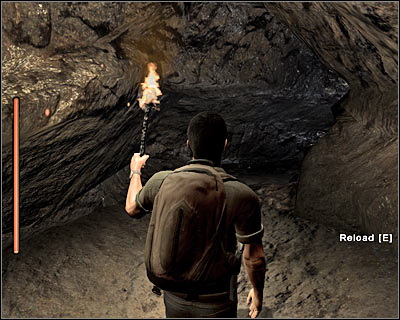