The second chapter of "Lost: Via Domus" is going to be a little more difficult. You'll have to enter a more dangerous section of the jungle later on during the course of this episode where you'll encounter the famous black smoke. Avoiding the smoke will prove to be quite challenging. As for your main objective, you will have to reach the cockpit of the plane in order to retrieve the camera. 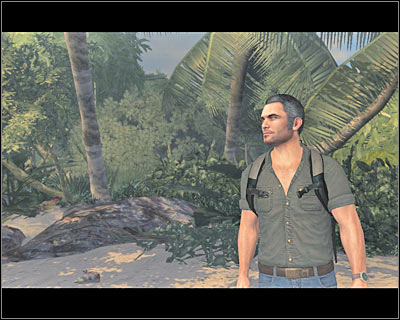 You'll start the game near the crash site. You've already been here before, however it's daytime now and you'll be allowed to perform several other activities. As you've probably noticed by now, new coconuts have appeared in the area. I would recommend that you start collecting them right away, because you'll have to trade things very soon. You can consider talking to Kate. She can be found to your left (screen). As for the general questions, you will be allowed to choose between two new topics:

- Who do you think attacked me?

- What can you tell me about the cockpit?

You can also switch to the first category in order to ask her several quest-related questions:

- Have you found a camera?

- What's out in the jungle? 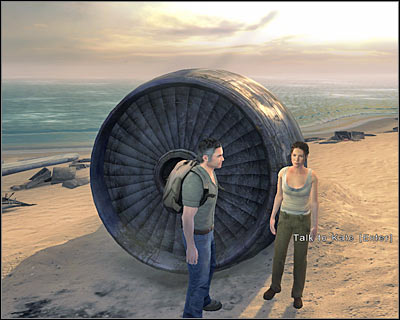 You can also talk to Claire if you want to. You'll find her under the left wing of the plane. You'll be allowed to ask here one new general question:

- You think we'll be rescued?

Next up, we've got Sawyer. He can be found to the right of where Kate is currently standing. Before you decide to proceed with the conversation, familiarize yourself with some new hints. You'll find out more about trading goods. You can activate this feature by choosing the final category from the menu - Trade (screen). The upper side of the screen displays your inventory, while the lower one will show you what's there for sale. Sawyer will offer you:

You won't have to purchase any of these items at the moment, so instead of trading with Sawyer, try talking to him. You'll be given one new topic:

The questions from the Quest category will remain the same, however you should still consider choosing them in order to receive fresh answers from Sawyer. 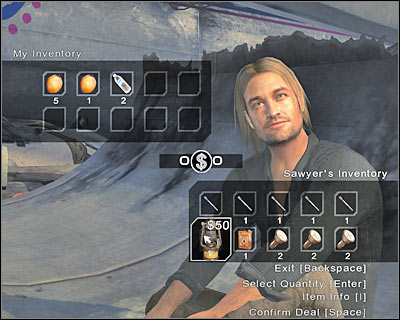 Once you've talked to the available survivors (or not) and gathered all coconuts, proceed to the passageway which leads to the jungle. This path will be guarded by Jack (screen). Try talking to him and you'll find out that he won't let anyone get through. Make sure that you've asked him all quest-related questions. Doing this will trigger a new cut-scene. Head on to the shore and try talking to a woman who has appeared there. As a result, you will take part in a few flashback scene. 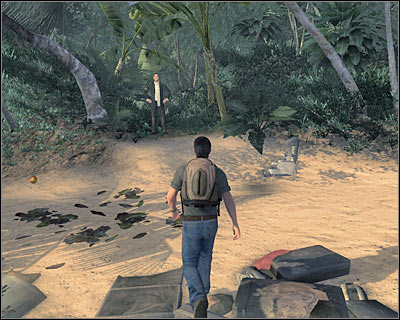