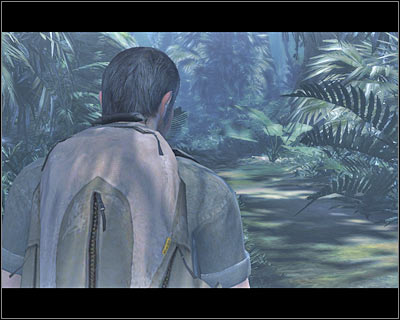 Ignore the fact that you haven't received any new quests, because they'll appear on your list later during the course of the game. As you've probably noticed by now, you will have to start running in order to avoid being caught by the black smoke (screen). Look at the lower part of the screen in order to familiarize yourself with the controls. You won't have to hold the usual run button. Instead, you must press and hold the W key. Additionally, you must avoid certain obstacles and you won't be allowed to make more than one mistake. 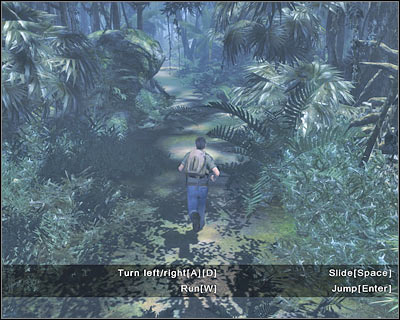 As for the obstacles, you will be dealing with two types of objects. Your primary concern will be to jump over fallen trees (screen). You can perform this action by pressing the ENTER key. Just make sure that you don't press it too early nor too late. Thankfully, the game will grant you with a large margin for error. 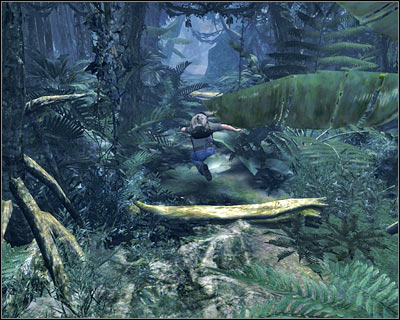 You will also have to press the SPACE key from time to time. This will allow Elliott to slide (screen). You'll only have to press it a couple of times, so it's not a big deal. Just make sure that you don't make any mistakes and you will be fine. 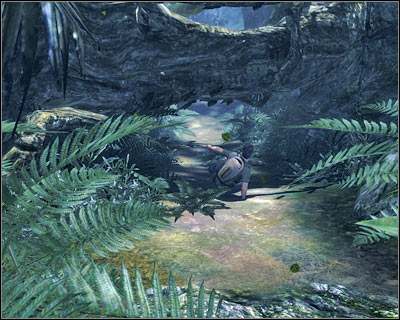 Well, that's it. You won't have to perform any other activities. Your only concern will be to press either the jump button or the slide button. You will be dealing with a few narrower segments (screen), however it's going to be very easy to stay on the right track. Once you've reached a clearing, keep running forward and ignore the fact that there are some trees in front of you. Once you're close enough to them, you should be rewarded with a longer cut-scene. 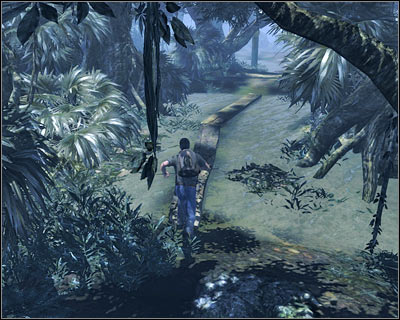 You won't have to explore this area, because you wouldn't be able to find any interesting objects. Instead, try approaching one of the wooden pillars and you'll trigger a new cut-scene. Elliott will come across Juliet (screen). Obviously you will have to talk to her by pressing the ENTER key. Start off by asking her one general question:

- What are these pillars?

Now you will have to choose all topics from the Quest category:

- You stuck me with a needle.

- Why should I trust you?

Ignore the fact that Juliet doesn't want to help you. Wait for the game to load a new flashback scene. 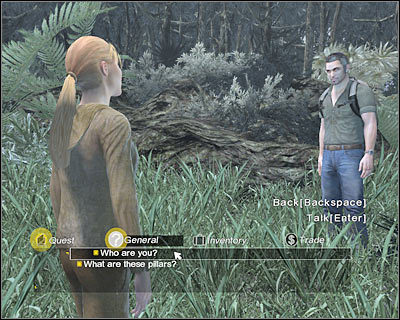