On this page of the Lost Judgment guide, you will find information about the best skills in the game. We suggest which abilities to buy early in the game.

By completing main missions, side investigations, and other activities, your character earns skill points (SP). You can spend points on skills that will strengthen your stats, unlock new combat moves and other useful abilities that will make gameplay easier.

The skill app, available in Yagami's phone, is divided into 6 groups. Some skills will require special Skill Books or completion of main or side missions. 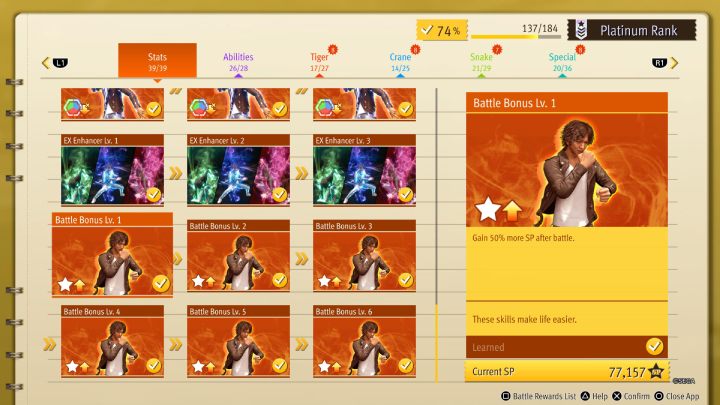 The first tab has skills that enhance health, attack, and EX actions. From the very beginning of the game you should invest in raising the basic stats of your character.

If you want to unlock as many skills as possible quickly, buy Battle Bonus Lv. 1 right away - it will give you 50% more SP after each battle. 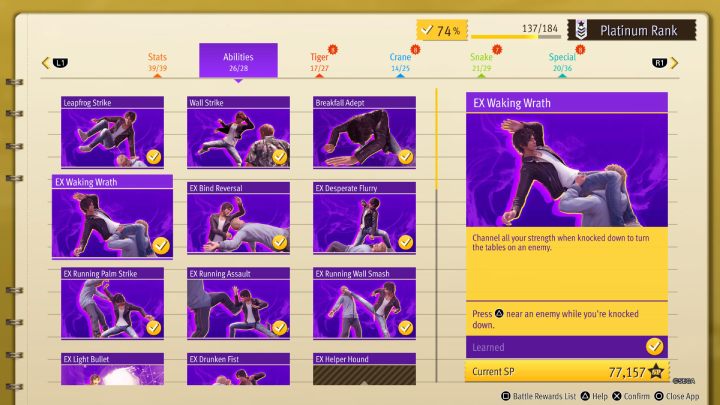 The abilities tab contains many interesting skills that you will certainly use more than once in battle. EX Waking Wrath allows you to trigger a special EX action when you are knocked down by an enemy.

With the EX Bind Reversal skill, you will be able to quickly break out of the enemy's grasp and perform a counterattack. EX Drunken Fist triggers a series of attacks when the alcohol level is above 6.

In this tab, you will also find many skills that speed up EX bar charging and abilities that increase the effectiveness of Mortal Reversal. 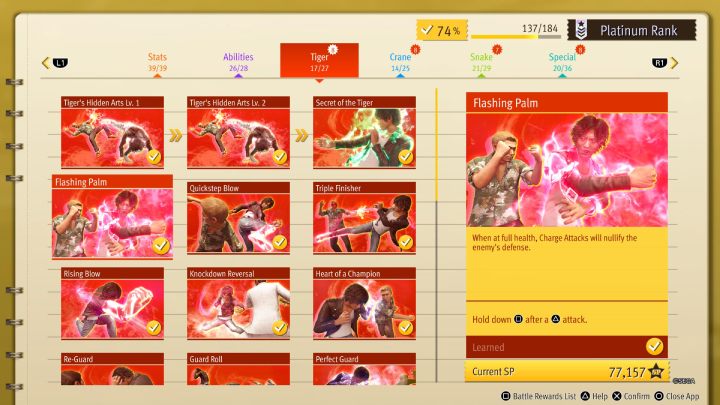 If your favorite fighting style is Tiger, get the Flashing Palm skill to easily break through your opponent's defenses. Knockdown Reversal allows you to avoid being knocked down and have a chance to counterattack.

In the Tiger tab, you'll also find a number of skills that speed up recharging the EX bar and enhance EX actions. Go through all the abilities and select those suiting your needs. 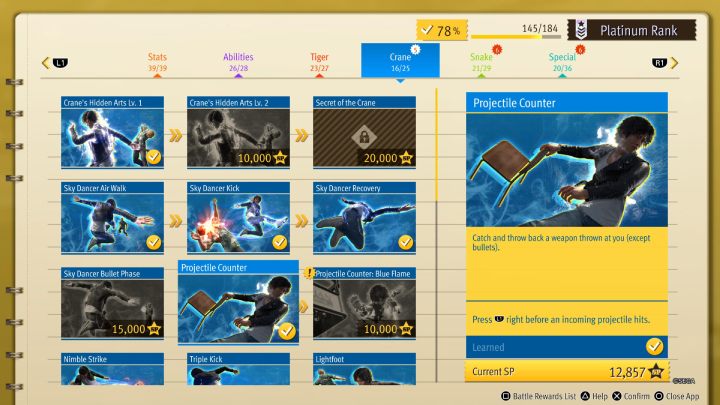 Projectile Counter allows you to catch any object thrown at you and use it as a temporary weapon. Crane King's Dignity will make Yagami able to escape the opponent's grab attack. 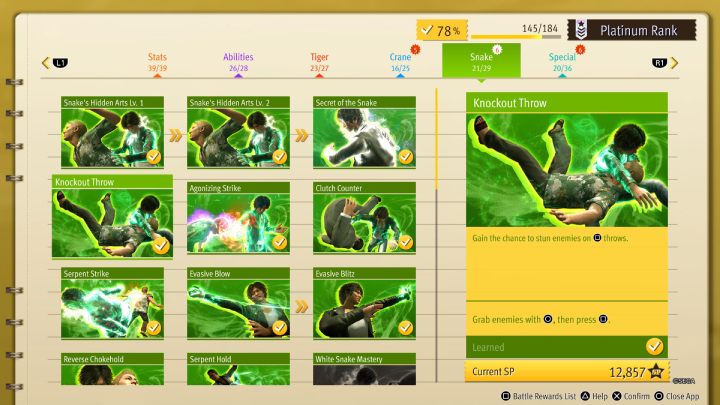 If your favorite fighting style is Snake, you will find plenty of useful skills in this tab. Knockout Throw will allow you to stun an opponent when you throw them to the ground. Clutch Counter lets you perform a quick counterattack when grabbed by an enemy.

Snake style is designed to fight opponents equipped with weapons. Many of the skills in this tab will unlock new ways of dealing with difficult situations. With Reverse Chokehold, Yagami will be able to grab an opponent and use them as a human shield, which will discourage the rest of the enemies with firearms from attacking him. Other skills will allow you to destroy weapons while taking them out of opponents' hands.

Threatening Parry gives you a chance to scare the enemy after a successful parry. EX Wheel Throw and EX Spin Attack will unleash a special move with which you can attack several enemies at once. 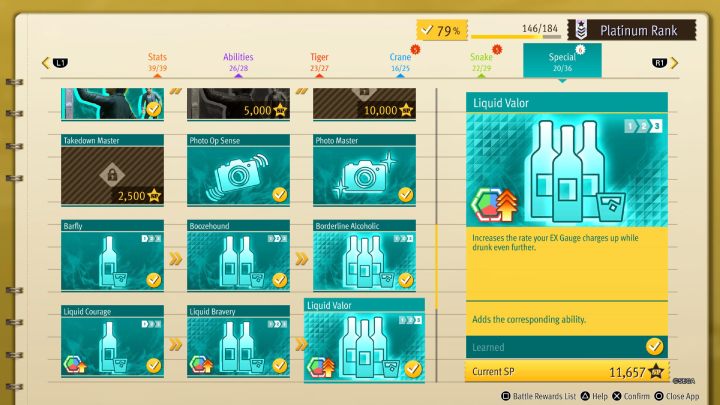 In the last tab, you will find a number of skills that will not only make combat easier for you, but will also increase your alcohol tolerance and the recharge speed of your EX gauge by drinking and smoking.

With Blame Shifter skill, you can go shopping at a store even if you have just destroyed it. Mental Momentum skill will increase the time to find a lost target while following someone.

If you're having trouble taking perfect photos during a mission, invest in skills like Photo Op Sense and Photo Master.

You will also find some extract making skills in this tab. Extract Virtuoso: Double will increase the chance to produce 2 extracts at once if there are enough empty bottles in your equipment.