The following page of the Lost Judgment guide contains a walkthrough of the Side Case called A Final Request ~Reprise~. It features advice on how to unlock the case and how to win the boss fight it contains.

Description of the case 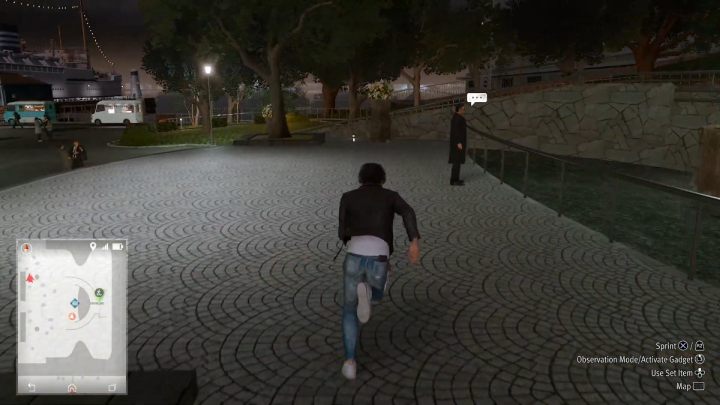 After completing all 41 side cases you'll find a new quest on the Yokohama 99 corkboard - It's Time.

Make sure you have plenty of extracts and healing items before going into battle. A few Warrior's Onslaught extracts will be especially useful.

After accepting the quest head to Hamakita Park. A character you should already know from the first game awaits by the fountain.

After the cutscene you'll be transported to the roof of Seiryo High, where you'll face the game's superboss. This time Yagami can still access his phone, which means you can still use healing items.

Your enemy has 5 health bars. He'll only use regular attacks at first. When you reach his purple health bar he'll start attacking with exploding drones and lasers. He's open to your blows as he's charging those attacks. Wait for the right moment to sneak up on him from the side, then hit him once or twice before dodging.

Two of his attacks can stun you - a close-range fire blast and homing projectiles. If Yagami gets stunned while far enough from the enemy, he'll use the opportunity to heal himself for a significant amount. Use EX Boost to resist the stun effect.

Each EX action can only damage the boss once. He becomes immune to every EX action you've used on him before.

Save your extracts for the final phase of the battle, when you drop him to his final (orange) health bar.