On the following page of the Lost Judgment guide, you will find a walkthrough for the Biker Gang mission related to School Stories. We discuss motorcycle driving controls and racing rules. 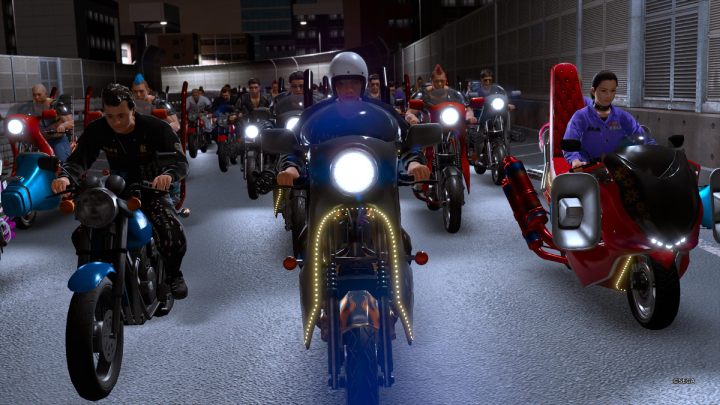 Biker Gang will be unlocked after reaching Guts stat level 2 and progressing to chapter 3: Two Sides of the Same Coin. After receiving a call from Amasawa, meet her at the MRC headquarters.

After receiving information about the biker gang from Amasawa, go to a designated area in Hamakita Park at night. When the cut-scene ends, the motorcycle racing tutorial will begin. The mini-game involves eliminating all of your rival's subordinates and then winning the race against the main opponent.

Once you complete the tutorial and win the first race, Amasawa will lead you to the garage where you can upgrade your bike, train, and participate in next races. 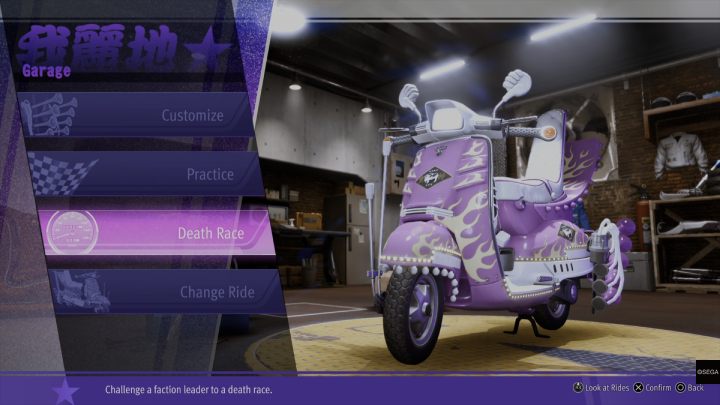 When you're ready for more racing, head to the garage on Jinnai Service Road, upgrade your bike, and select Death Race to face your first rival, Bakuon Rairyu.

Each faction has 3 members - you will have to beat them in races.

Bakuon Rairyu specializes in explosive attacks and fireworks. They will fire explosive charges onto the race track, regardless of whether they are in front of or behind the player.

After winning the race, Yagami will be accosted by 2 men who invite him to Plage restaurant. Once the cut-scene is over, you can return to the garage and continue racing. 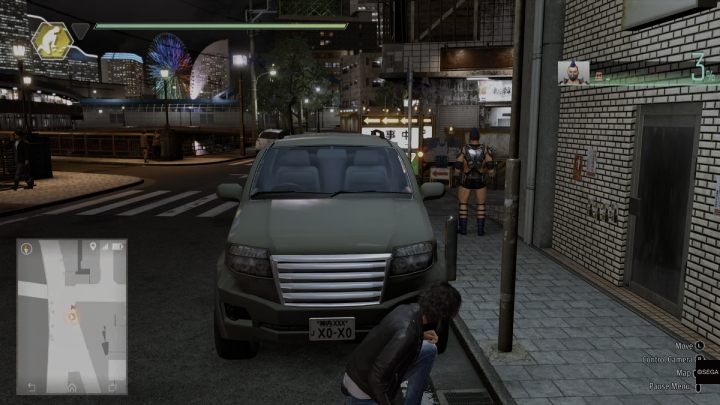 After defeating 2 more members of the Bakuon Rairyu faction, a tailing sequence will start. Bomber will walk past the homeless camp and then head to Fukutoku Park. When the cut-scene is over, approach the girl standing by the swings and talk to her. Then head to the garage and race with Hamasaki. After defeating the last opponent, you will receive a new Speed Bow bike. 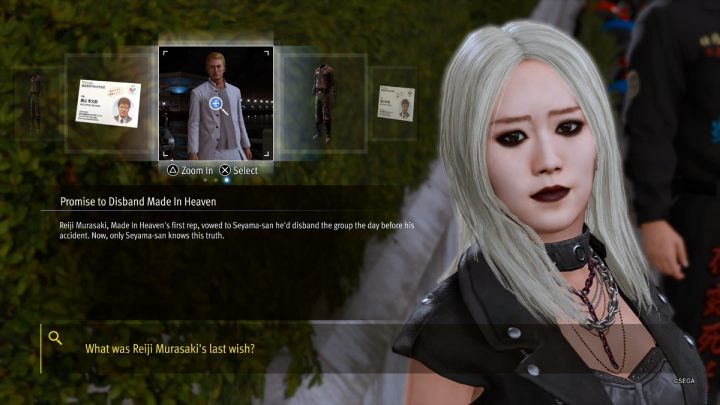 The next faction to defeat is the Raging Angels, whose weapons will be speakers. Members of this faction can electrocute with sound and drop roaring speakers at the player. After winning 3 races, you will be able to compete against the faction leader.

Defeating a girl named Rina will trigger a cut-scene. While talking with the girl, choose the picture of a boy in a white costume. Lastly, Yagami will get a new motorcycle, the Lambda 250.

Further progress in the motorcycle gang will be blocked until you reach Guts level 4 and proceed to chapter 5: Double Jeopardy. 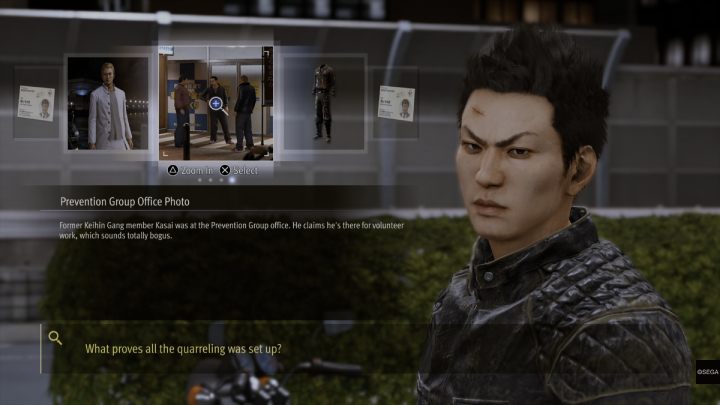 Another faction that Yagami will have to defeat is called Ghost. Members of this gang will attack the player with kicks, sticks, and firearms. Their motorcycles will be much more durable, so sometimes one hit will not be enough.

After defeating 2 members of the Ghost faction, head to W Bayside Street, near the Ebisu Pawn store. When the cut-scene ends, go back to the garage and participate in another race. After winning, defeat the last rival from this faction.

During the conversation, choose the photo taken outside the Prevention Group's office as evidence for the case, and then defeat the man in a street fight. Lastly, you will receive the Drift Army Motorcycle.

To continue your progress in the bike club, you must reach chapter 9: The Weight of Guilt. 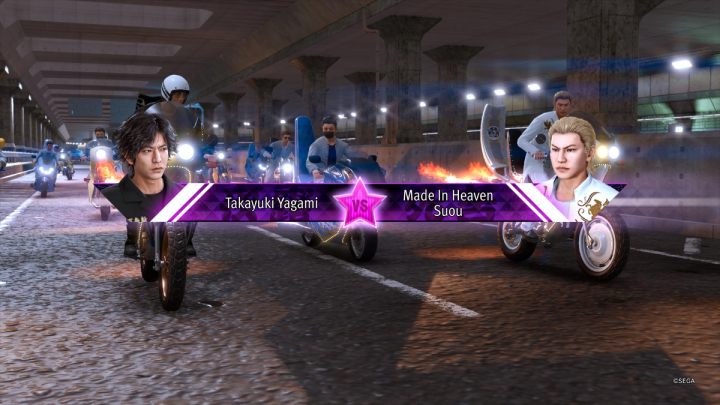 The last faction Yagami will face is called Made In Heaven. This gang is equipped with various weapons that deal a lot of damage and can quickly eliminate the player from the race.

After winning 3 races, you will face Suou, the leader of Made In Heaven. His gang consists of a dozen opponents who will use fireworks and sound waves.

When you win the race, you will be attacked by Suou. Defeat the man in a street fight to complete the bike club case.

You can eliminate the enemies in 2 ways:

The Boost indicator is located on the right side of the screen. When the purple bar is filled, press Circle/B to gain speed for a few seconds. The Boost indicator charges faster when riding on the rear wheel (tilt the left analog backward).