The following page of the Lost Judgment game guide lists the locations of all the squirrel pictures around Showa Street.

On this page, you'll find the locations of all the pictures near Showa Street. The rest of the collectibles are listed on separate pages of the guide, divided by districts. You can discover the pictures numbered between 2 and 55 in any order.

You will find all the squirrels listed below: 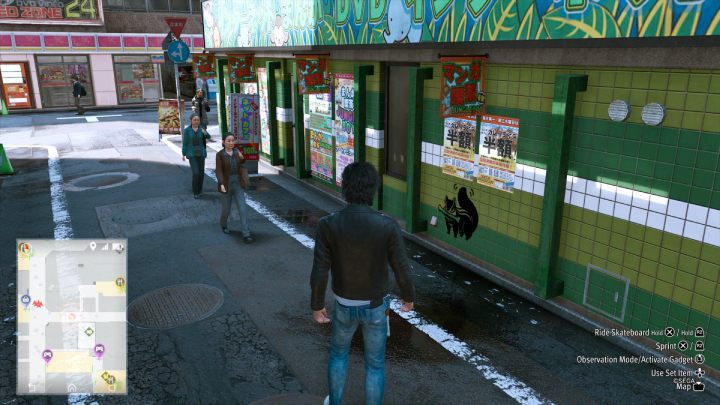 The 50th picture is on the wall in Tenkaichi Alley. 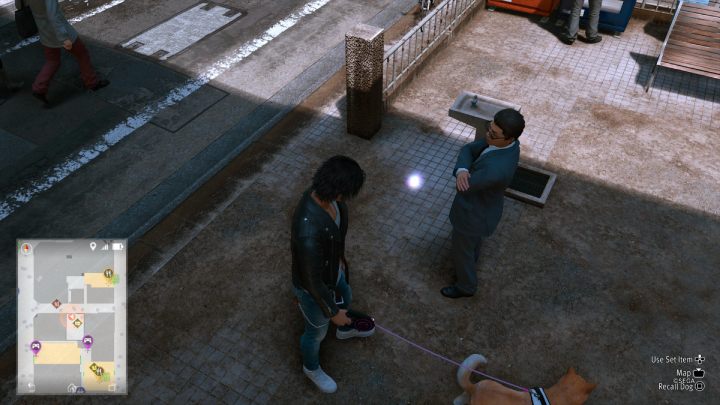 After examining the picture, summon the dog. Ranpo will lead you to the Contacts of Supreme Worldly Desires, which will be lying on the ground in the park. 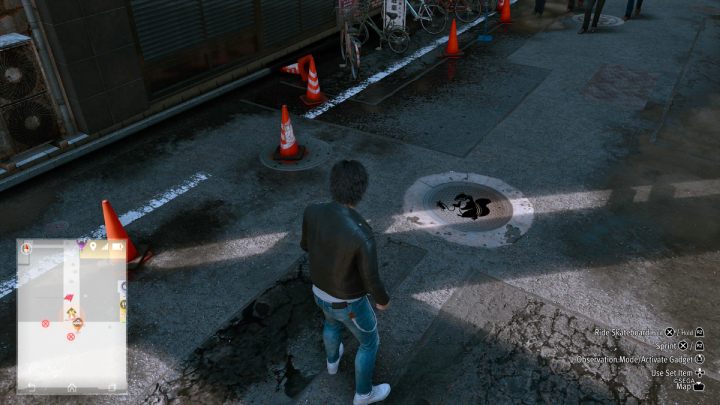 The 51st image is located on a sewer manhole on Tenkaichi Street. 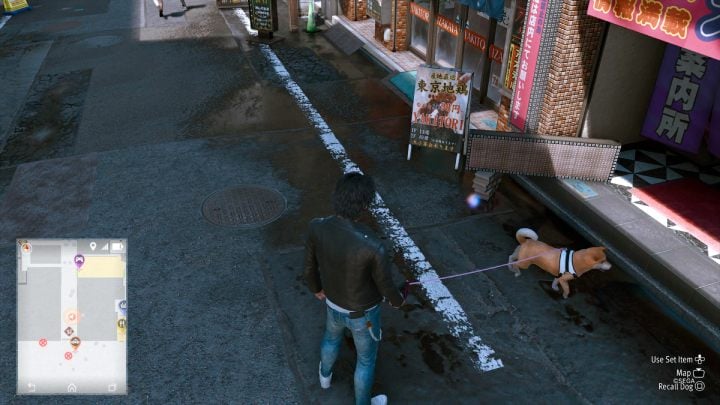 After examining the picture, call the dog detective. Your dog will lead you to the prize that is the Guard Shirt S. 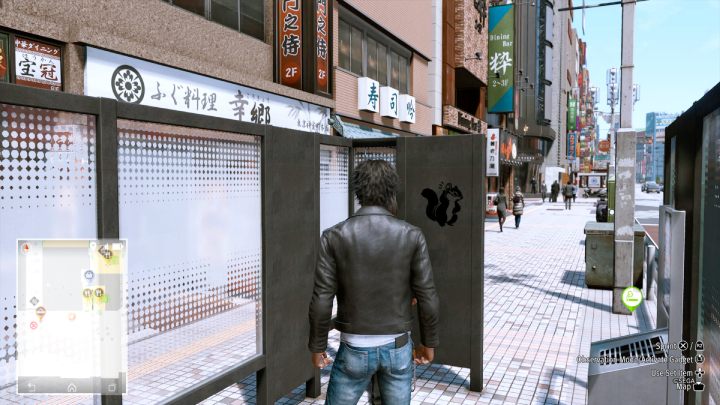 The 52nd image is located on W Showa Street, on the wall of the smoking room. 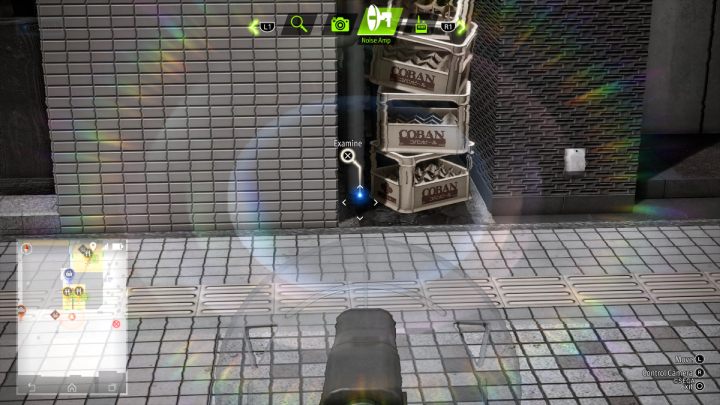 Using the detector, investigate the pipe between the restaurants to find the Yellow Pyroxene. 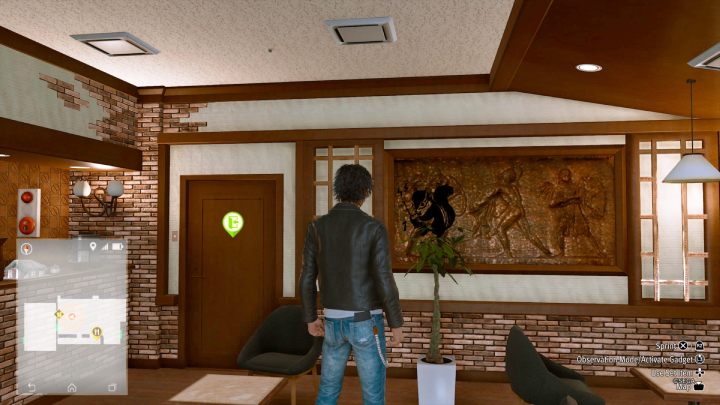 The 53rd image is located at the Cafe Alps restaurant. 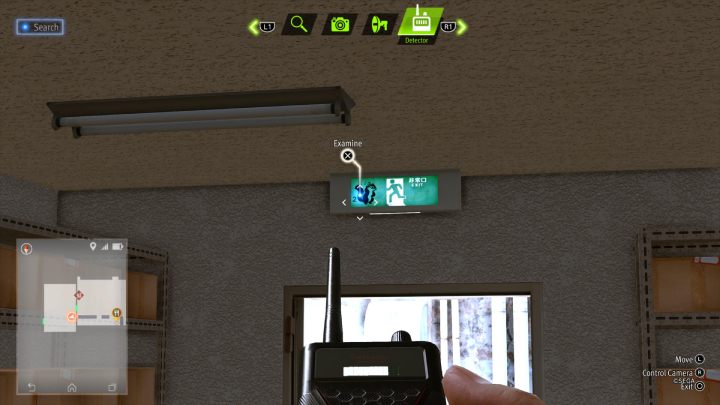 Use the detector to examine the picture above the door at the back of the restaurant. 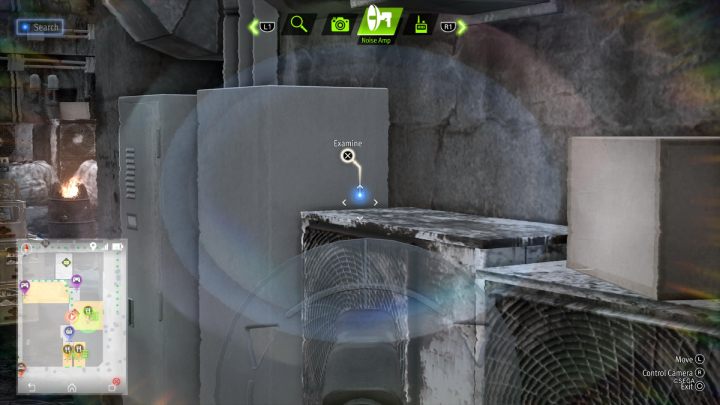 Next, use the Noise Amp to investigate the cabinet in the alley behind the restaurant, where you will find the Free Pass Voucher 2. 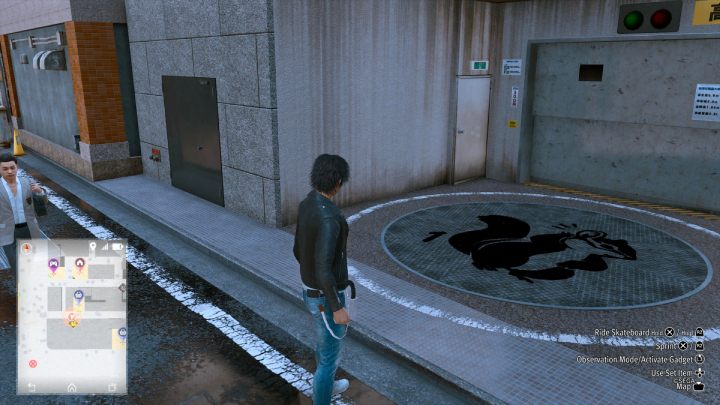 The 54th image is located on the ground by the Ebisu Pawn store. 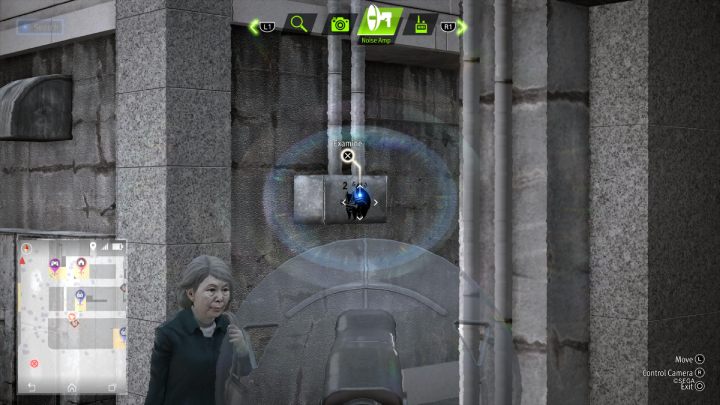 Using Noise Amp, investigate the next picture on the opposite side of the alley. 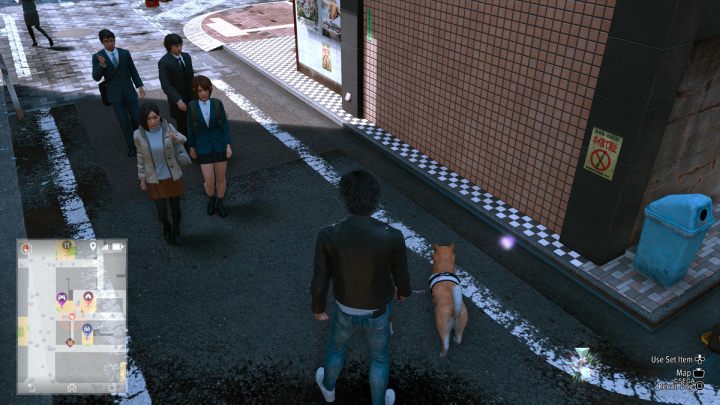 Finally, call on the dog detective who will lead you to the prize, the Inharmonic Record. 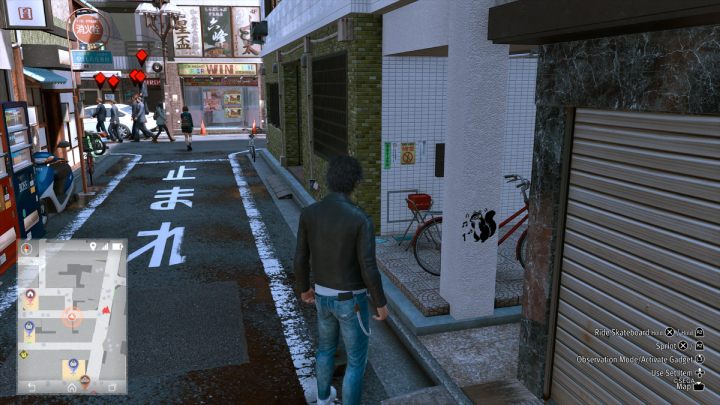 The 55th image is located near the Yagami Detective Agency office. 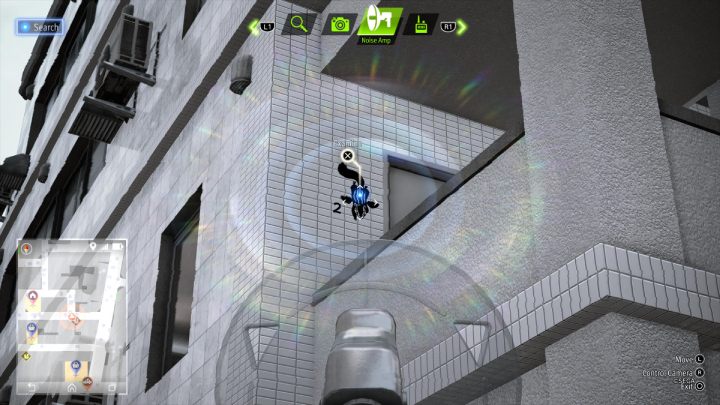 Using the Noise Amp, investigate the picture on the apartment building. 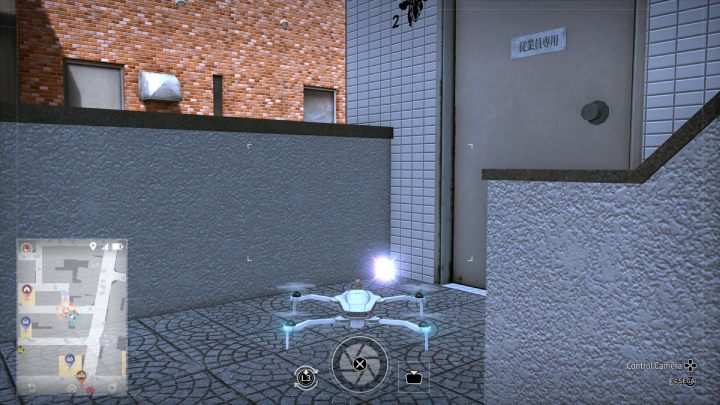 Using the drone, pick up the Checkered Paint that is lying by the door.