The following page of the Lost Judgment guide contains a walkthrough for Chapter 9: The Weight of Guilt. We provide tips on how to defeat Tesso and how to investigate the recording. Our hints will guide you through the conversation with Mamiya. 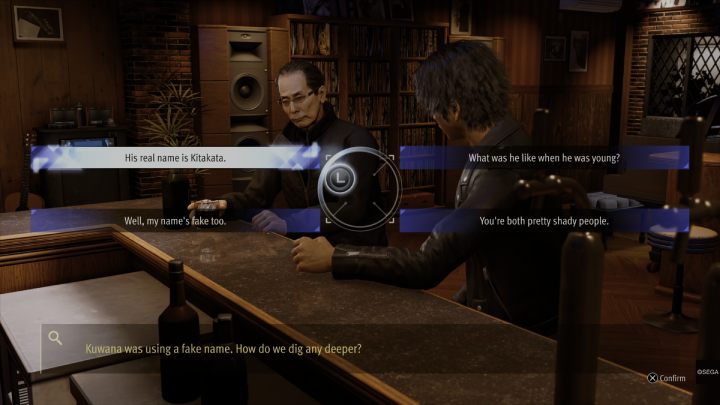 Head to the Survive Bar and talk to the man sitting at the bar. During the conversation, choose the His real name is Kitakata dialogue option.

Then return to the Yokohama 99 office. 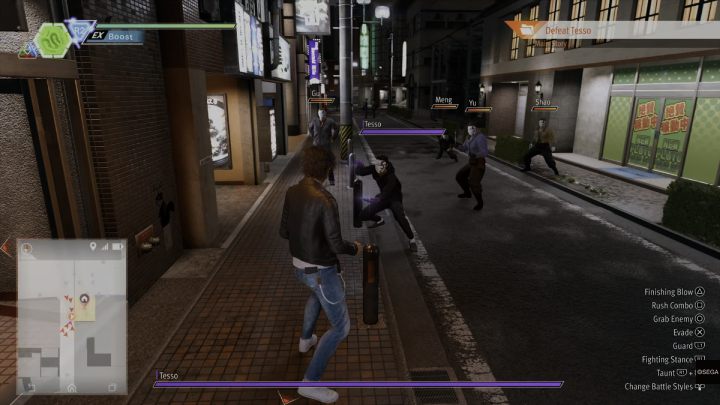 A battle against Tesso and his gang awaits you outside the office. Some of them will be equipped with knives or sticks. Beat them with the Snake or Tiger style. 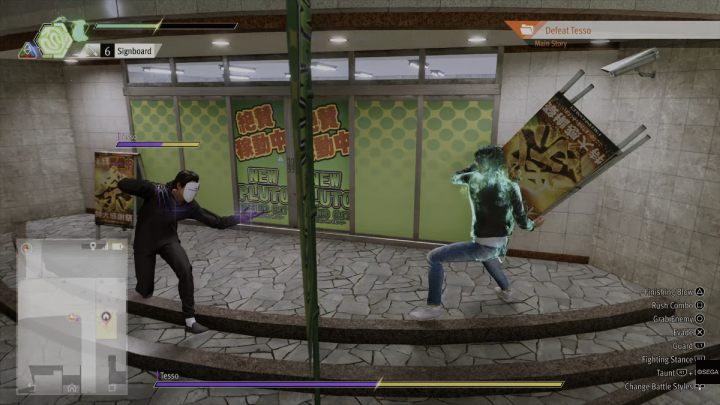 Tesso will have up to 3 health bars this time. Use environmental objects to break down his defenses. 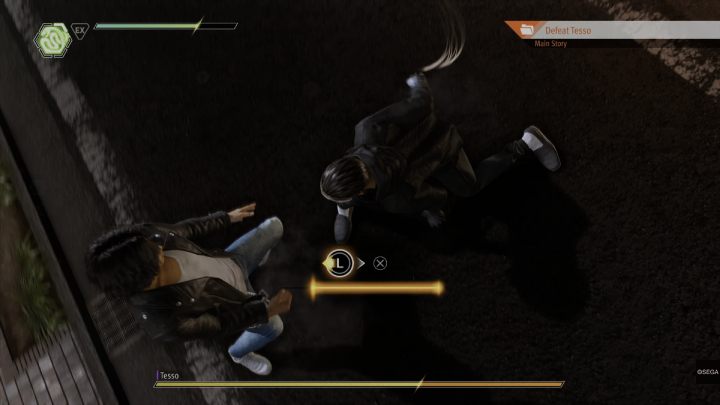 Once you have dealt enough damage to him, it will trigger his special attack animation. Follow the directions on the screen to avoid being hit. 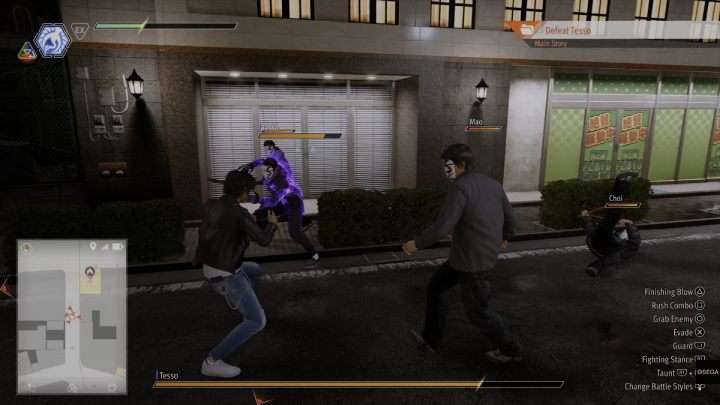 After some time, Tesso will once again summon more minions. Once you have defeated all the enemies, enter the office. 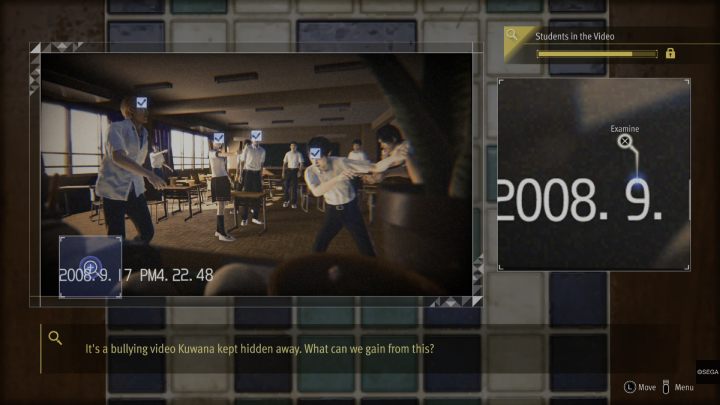 On the recording, examine: 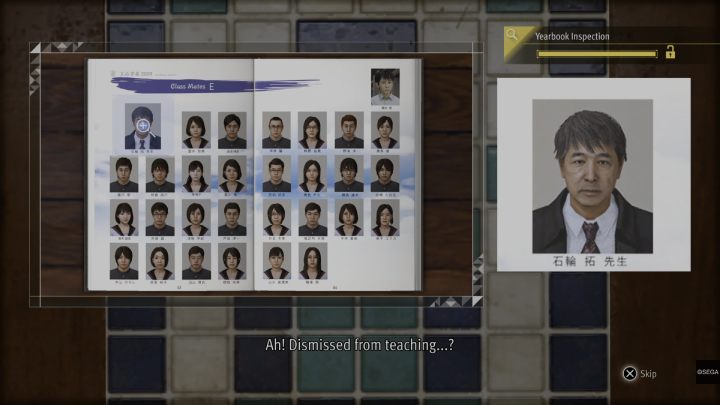 In the book, examine the teacher's picture in the upper left corner of the page. During the conversation, select the To get revenge on the bullies dialogue option. 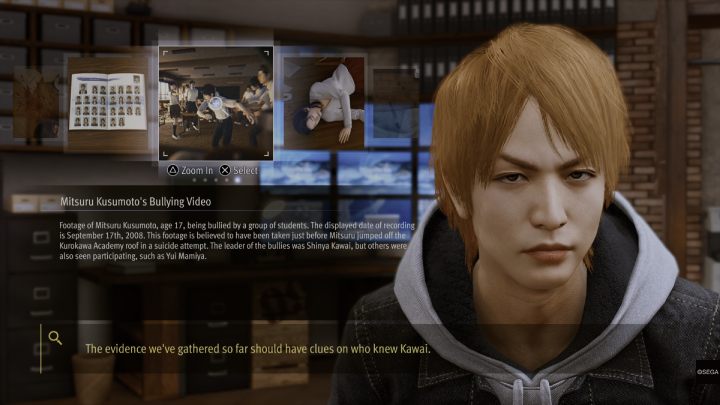 Near the end of the dialog, select the recording as evidence in the case, then rest on the couch. 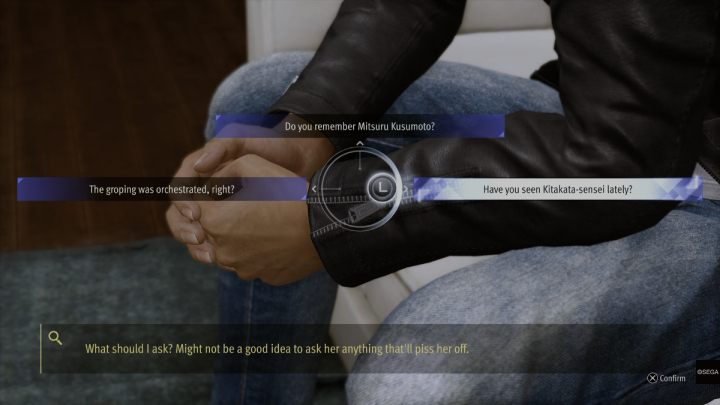 During the conversation with Yui Mamiya, select the Have you seen Kitakata-sensei lately? option. Present the recording as evidence in the case. 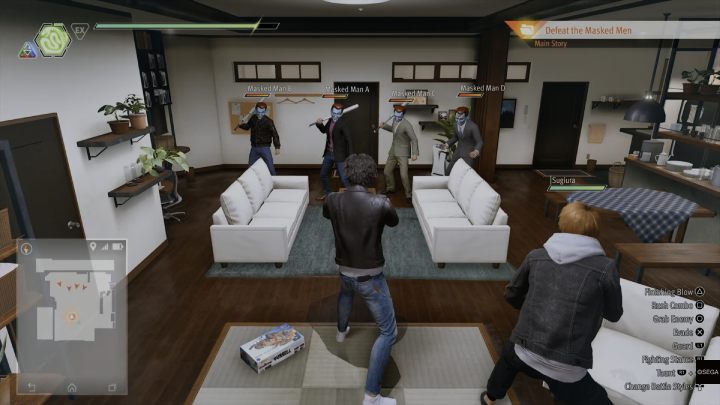 Masked men will enter the apartment. After defeating all the enemies, you will find yourself in the Charles gaming arcade.

Talk to Mamiya and show her the recording again. Then head to your office. 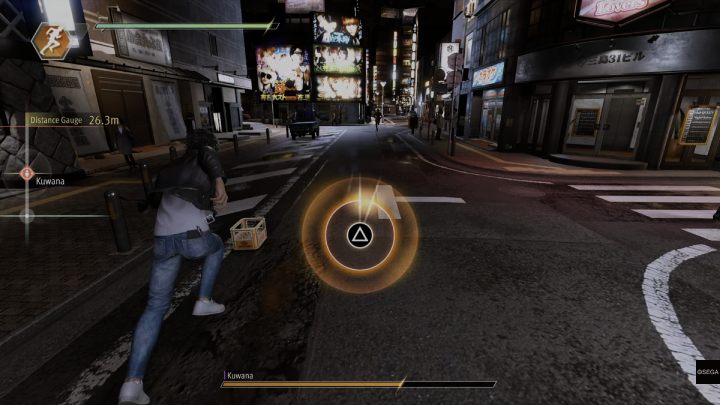 After the cutscene, Kuwana will start running away. In order to successfully capture him, you must avoid all of the obstacles. Only throw items at Kuwana when he is in your line of sight. Otherwise, the item will miss the man and you will only lose valuable time. 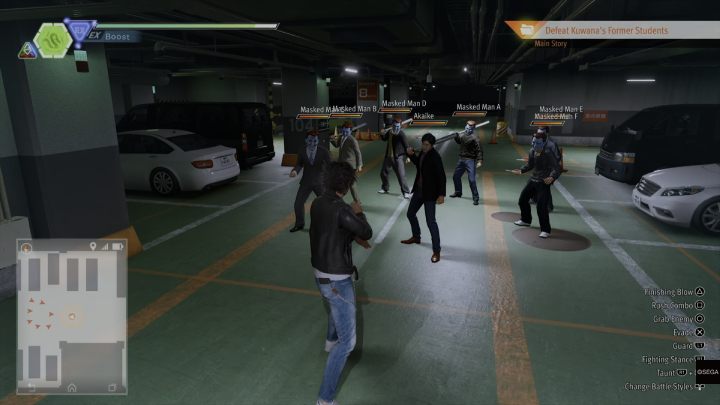 Once you catch up to Kuwana, you will be attacked by masked men. Defeat all the enemies to complete chapter 9.