The following page of the guide to Lost Judgment contains the walkthrough for Chapter 7: Blindsided. You'll read about all the stages of the fight with RK Members and learn how to take away Akutsu's chainsaw. 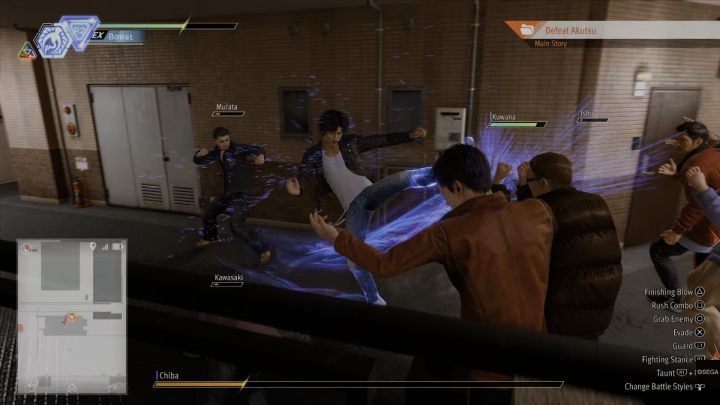 Upon reaching the apartment, you will be attacked by RK members. Together with Kuwana, you will have to defeat Akutsu and his gang. Choose the Crane fighting style to deal with many enemies at once, then defeat Akutsu. 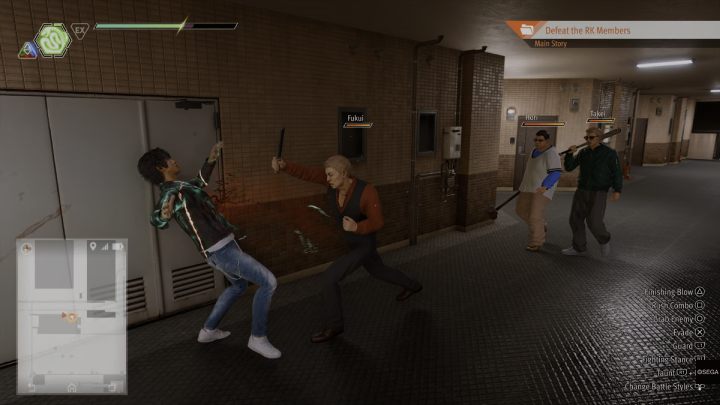 When Yagami is left alone, more enemies will appear. Defeat the ordinary opponents first, and at the end deal with a man named Chiba.

The next wave of enemies will consist of 3 RK members, equipped with knives or bats. Choose the Snake fighting style to quickly disarm your opponents. After defeating all the enemies, go down the stairs to the lower floor.

Defeat all enemies again and proceed to the next checkpoint. 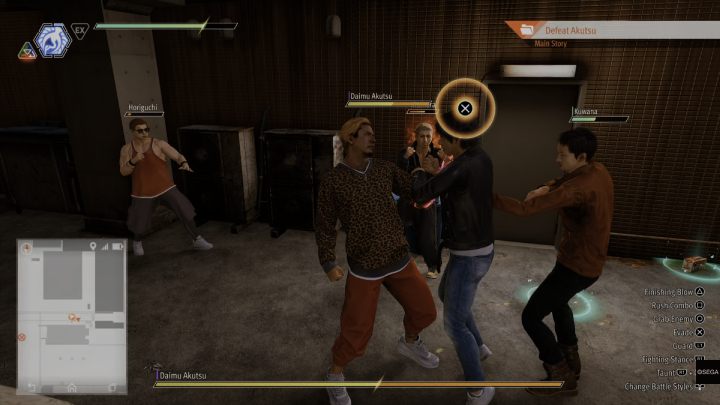 On the lowest floor, you will have to fight Akutsu again. If the enemy grabs you and picks you up, follow the directions on the screen.

Fight in the warehouse 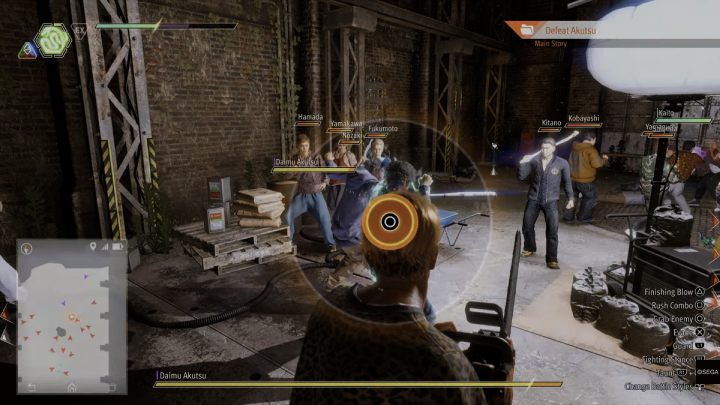 After a cutscene, you will start fighting with RK Members and Akutsu, who will use a chainsaw. Start by disarming the enemies that have bats and knives, then change your style to Crane and try to get rid of as many enemies as possible. 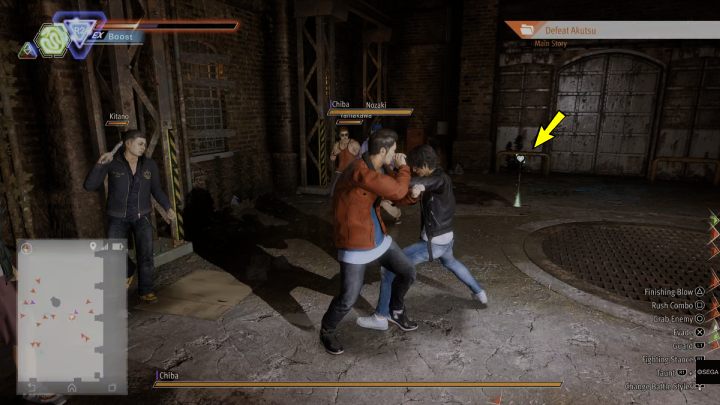 Yagami won't have access to his phone during this fight, and thus, you won't be able to use healing items from your inventory. There will be some health regenerating items in the room, though. Defeated enemies will also drop healing items. 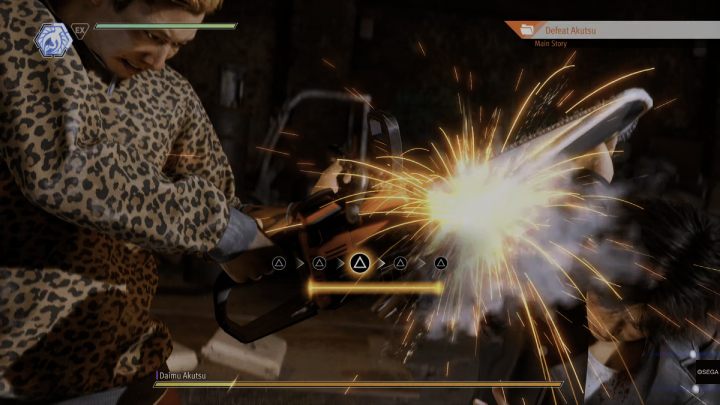 Remember that the main opponent cannot be defeated in a normal way. When you deal him enough damage, an animation will start, in which Yagami will pick up a chair. Follow the directions on the screen (quickly press triangle/Y 5 times). Yagami will hit the enemy, who will eventually drop the chainsaw. If you fail the quick time event, you'll be able to try again after a while. 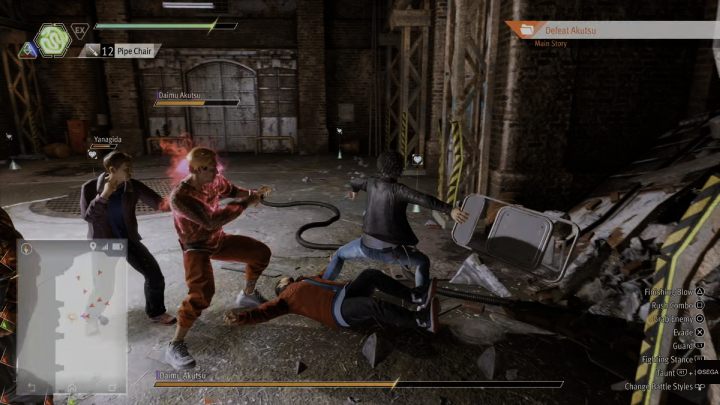 Use the items around the warehouse to overpower the opponent. Then, hit him as many times as possible. 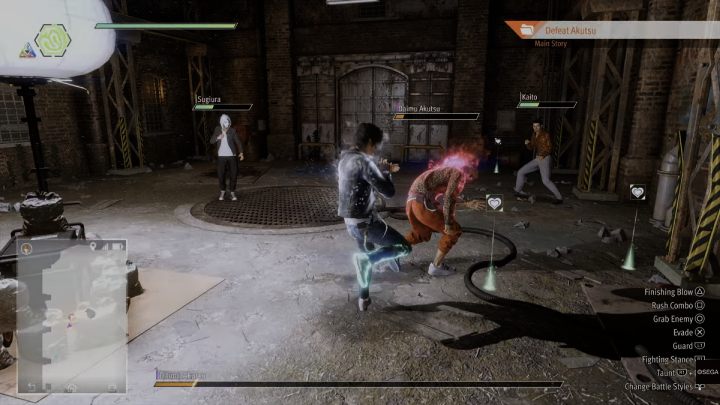 Block his punches at the right moment and attack him from behind.