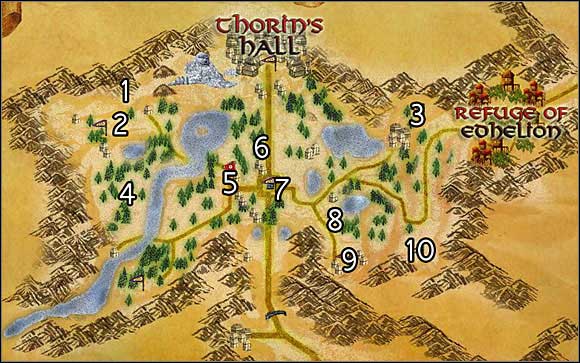 You are now in an encampment called The Berghold (9), southern part of Thorin's Gate. Talk to Bolli, then to Dori (he's near the trainers to the right). You should now advance do level 2. Accept his quest and find a trainer appropriate for your character class - they're all nearby, so just look around and choose. Talk to him and preferably learn a new ability (by choosing "Train Skills" dialogue option). From Dori you'll get a few coins, food, and trousers. If your character cannot use medium armor, you should probably choose the basic ones that he has to offer. You should apply this rule to most quest rewards in this chapter of the story. 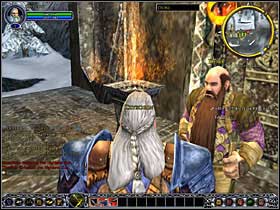 Once again talk to Dori. Your next quest is to find Olin and speak with him. He's in a guardhouse a few steps to the East from Frerin's Court (6). Before you leave Berghold, accept three more side-quests: from Otur (The Lost Lore of Edhelion), Nos Grimsong (Restoring the Balance), and Selur (Fear of Collapse). Go to the guardhourse (5). Olin is sick and needs some rare mushrooms as a cure. You can find them in a cave called Winterheight (10). Before you reach it, take your time to finish the aforementioned side-quests.

Otur wanted you to look around Deep Silver Mine (3) in search for a missing scroll. You can find it at the end of the mine, right next to where Gandalf defeated a Troll. Activate a pile of Rubble by right-clicking it (*). Take the scroll back to Otur and you'll get a new weapon for that. You should choose the one with the highest Damage Per Second ratio (but still choose the one that your character CAN equip). 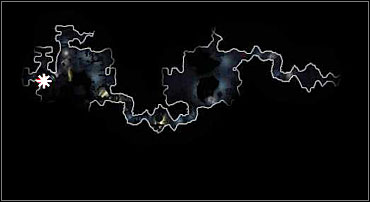 Nos Grimsong ordered you to gather 6 lynx pelts for him. It's simple - Highland Cubs are all over the eastern part of the area, so just hunt them for a while and you'll be done in no time (the reward for this quest is a pair of gauntlets or gloves). Selur (8) asked you to defeat 6 Cave-Claws. You've probably killed some already and know they are around Deep Silver Mine (3). Watch out for their ability to burry underground - if one of them does that, go away a few steps and wait for him to reappear. Your reward for this quest will be a New Mace and a cloak in the color of your choice.

It's time to help Olin now. Enter the cave (1). You'll see one of the mushrooms right near the entrance (Nestadalas). Pick it up by right-clicking it, then go further into the cave. This area is small, but fairly deep - watch out so you don't fall down. When you have 5 mushrooms, go back to Olin to get your reward. You'll get a new armor. 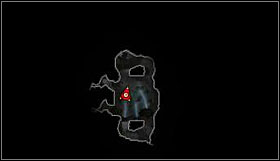 Olin tells you that Dwalin wanted to see you. He can be found near Frenir's Court (7). He tells you to defeat one Goblin Prowler and search its corpse. Goblins can be found up the mountain in the North-Eastern part of Thorin's Gate, around Axe-Head Path (2). Loot the body and go back to Dwalin.

HINT: As soon as your character hits level 4, you should seek out your trainer and buy some new abilities.

Now is a good moment to get some more side-quests. There are two of them to get at Frenir's Court. Talk to Mathi Stouthand and Bogi (they're both near Dwalin). Their quests are related to each other and therefore best done at the same time. Bogi wants you to get 6 pieces of Auroch meat. These animals can be found in Eastern part of the area (4). You'll get new shoes for this one. Mathi wants you to get rid of an overgrown Auroch called the Frostmantle (4). In order to kill it without any problems, you probably should join forces with other players. Your reward for this quest will be the best weapon you can get in this chapter, so be sure to choose the one that suits you best and equip it.

HINT: If your character is not too strong in combat, you might have a little problem dealing with it. It's good to join forces with other players on this one. You don't have to enter any fellowships for now, but just help somebody who is fighting the auroch, then ask him politely to do the same for you when it respawns in a couple of seconds. Remember that the experience and loot for killing a monster goes to the player who first attacked it.

When you are done with all previous quests, Dwalin will order you to go to Goblin Cave and meet Elrohir in there. Before you go, talk to Erynwen (6) to get another side-quest from her - A Deadly Bloom. Go along the Axe-Head Path (2). When you reach the Goblin encampment, you'll see plants called Skorgrim's Bloom growing all over the place. Erynwen asked you to destroy 6 of these - you can do that by approaching each of them and right-clicking it. Be sure that there are no enemies around, as the action will be interrupted if you get attacked when performing it. You can now go further up the mountain, or go back to Erynwen and get your reward - a bow, a staff, and a shield - choose the one that's most useful to you.

The Goblin Cave is up the Axe-Head Path. Elrohir can be found at (*). The cave is filled with goblins, obviously, so watch out. Talk to the elf and you'll get a letter from him. Take it back to Dwalin to finish this quest. When you are ready, proceed with Dwalin's next request, which triggers the next instance. 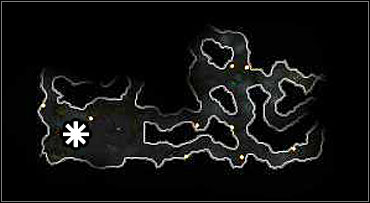