This guide to League of Legends contains starting tips for those who have just started their adventure on Fields of Justice - right from the registration to the first steps in the game. The first chapter introduces the game's dictionary, abbreviations, and phrases. The second chapter details on the basic gameplay, including character's control, combat and special abilities, earning gold, and map orientation. The next chapter introduces would-be Summoners to the world of Fields of Justice, and describes all in-game maps, which serve as battle arenas for the leagues: Summoner's Rift, Twisted Treeline, Howling Abyss i The Crystal Scar. Another, equally important, part of the guide contains description of types of heroes and detailes on their role in team. After acquainting yourself with champions' roles, we advice you to chose one of the 9 heroes recommended for beginners, introduced below. The text describes the game's client functionality and the GUI (Graphical User Interface). You will also find some information on buying additional items, which may help you defeat other champions. The guide is complemented with detailed maps, showing all important capturable buildings - such as towers, inhibitors, an nexus - the best spots to place wards, and also places where you can meet neutral NPC jungle dwellers.

About League of Legends Game Guide 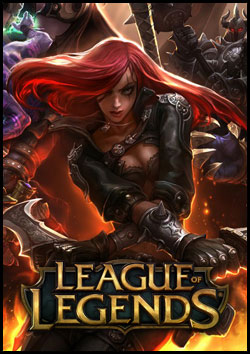 Welcome to a new age of competitive online gaming. Take your place as a powerful Summoner, calling forth and controlling brave Champions in battle. Join forces with your closest allies as you unite to defeat your foes in deadly multiplayer battle arenas. League of Legends combines elements from both strategy and role playing games to bring you a unique and dynamic player experience.
As a Summoner, you will have your own distinct, customizable avatar that grows in power as you move through the game. In each battle you will select and call forth one of dozens of Champions to control and engage in head-to-head combat against teams of highly trained warriors. Choose your allies wisely, for the stakes are high. In the League, every battle means more than life or death as the balance of power shifts with each victory or defeat.
Play as dozens of unique Champions with diverse skills and abilities while engaging in fast-paced team-oriented combat.
Compete in a variety of highly stylized and unique handcrafted battle scenarios.
Create your own persistent Summoner avatar and customize your appearance through achievements that you earn in game.
Advance your Summoner in rank and power to gain skills and abilities that give you an edge in battle.
Join clans and teams to compete with other players in tournaments and organized leagues.
Assemble Legendary items for your Champion by forging together basic items you obtain on the battlefield. Choose from over 200 uniquely crafted items to augment your Champion's power.
Robust matchmaking and detailed stat tracking help to ensure balanced games for new players and veterans alike.
Unlock new content through persistent gameplay and mastering the game.
Integrated LeaverbusterTM technology helps ensure people stay for the whole game!
Participate in the creation of League of Legends through our Suggestion EngineTM the community will have an unprecedented voice in what new content is created and implemented into the game.
And much, much more...

More About League of Legends

How Not to be a Boor in Online Games

We look into the lion's mouth, because we have prepared some simple tips for you to reduce the amount of salt in your body. Assuming, of course, that you have a problem with it, and being a boor and being angry interferes lowers your score.

The Most Infamous Glitches of Online Games

There have been plenty of bugs in the history of MMORPGs that caused problems for players across the world, and gave the developers a tough nut to crack. Some of them were funny, others nothing short of infuriating. Let's relive them all!

Which Game Has the Most Players? A List of the Most Popular Games

Call of Duty, Minecraft, or Red Dead Redemption 2? The most popular games in the world are much less obvious than it might seem to regular players.

The gaming industry has definitely witnessed worse years than this, but it couldve been A LOT better, too. 2016 is coming to end, and its the right moment to sit and moan about all the things that went wrong in the gaming biz in the last 12 months.

A Wasted Opportunity, or How Blizzard Missed the Chance to Beat League of Legends

Productions such as League of Legends or Dota 2 started out as mods for Blizzard's games. However, the Irvine-based tycoon missed this opportunity, and now the billions of dollars various MOBAs generate go to someone else's pockets.