On this page of our Little Nightmares 2 game guide, we've described the part of stage 5 of the game - The Signal Tower - here you'll find the guide for the tasks related to Six. In this section, we've covered all the interactions you need to make to survive the clash with Six. 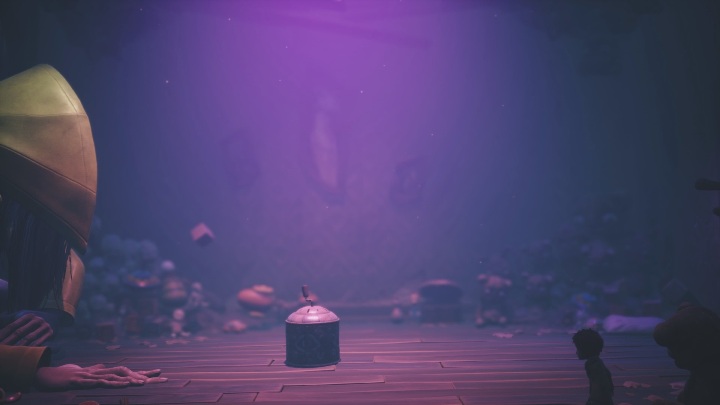 The sequence with Six is quite unusual. You must do everything to destroy her music box. You will have to make several attempts until it breaks at the final hit. 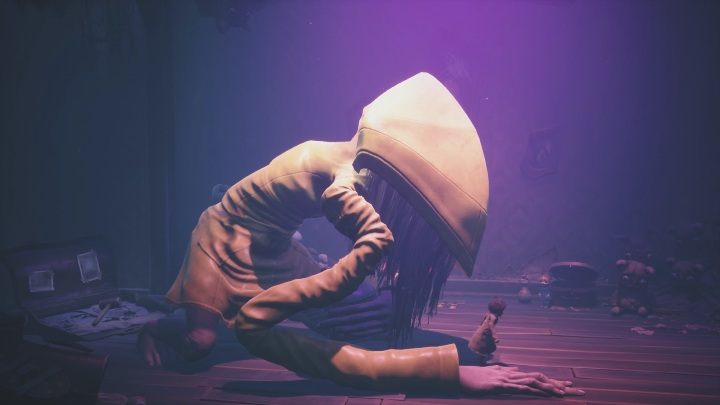 First you just have to call Six - when you do so, she will move away from the case. As long as you don't do anything to her, she won't lunge at you. 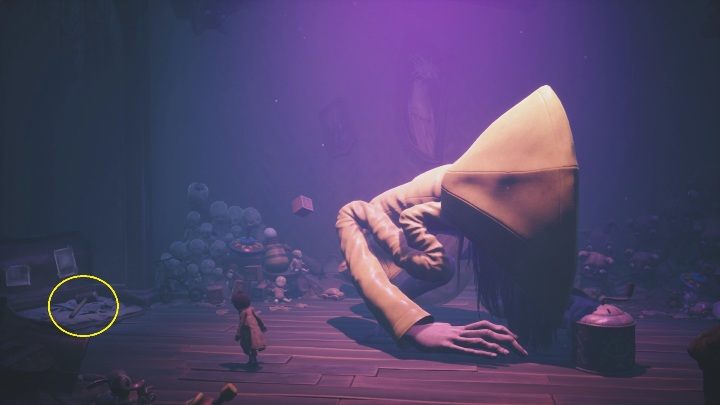 Remove the hammer from the case and approach the music box. 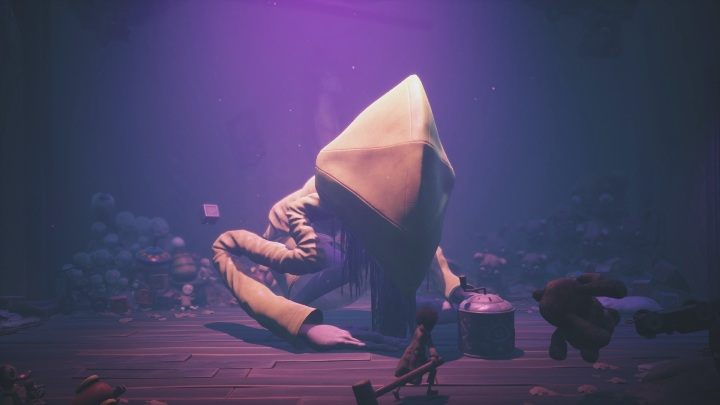 Your task is to hit the music box. If you accidentally hit Six, nothing will happen, she will just push you away. 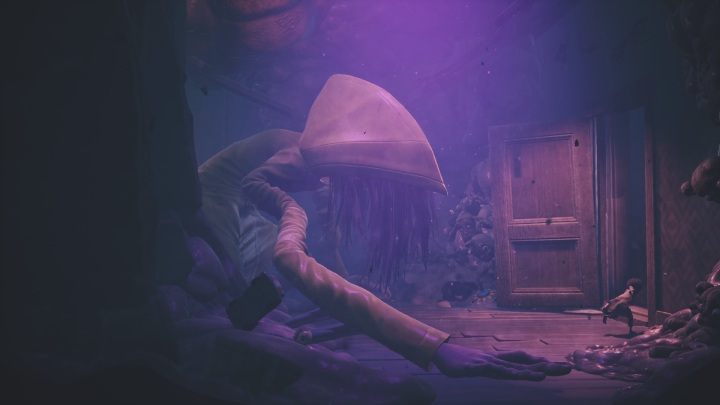 When you attack the music box, you become Six's enemy. You have to run from her. Remember that she has much longer arms than you, so if you stop, you will die a quick death. 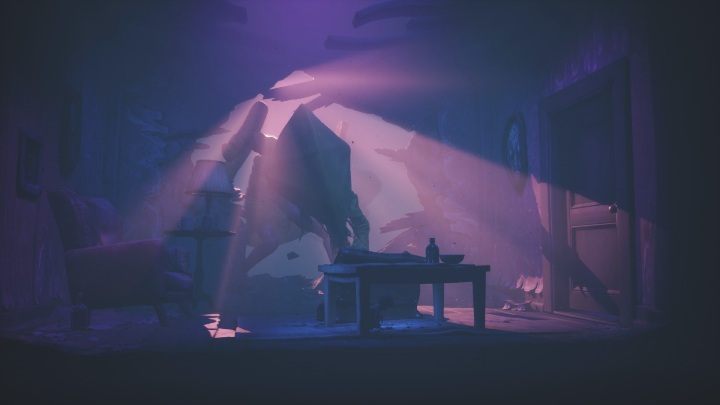 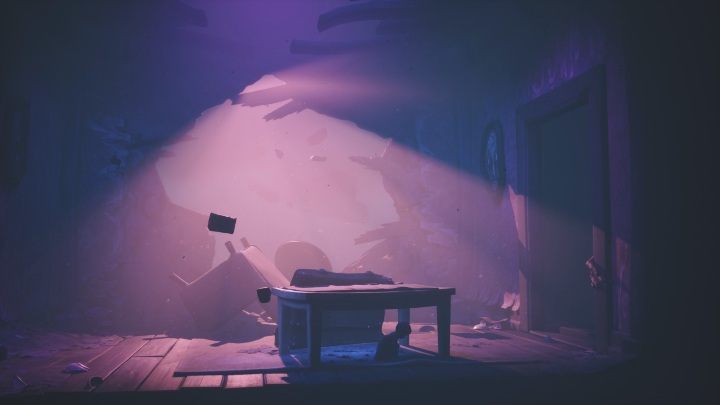 When you run into the room, hide behind the table and wait. Six will go through the door after examining the room, thus opening it for you. 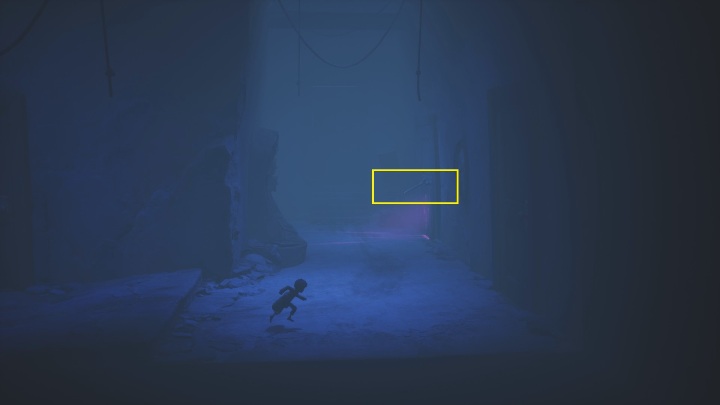 To get to the next part you need an axe. It is wedged into the doorway, located on the right side of the room. 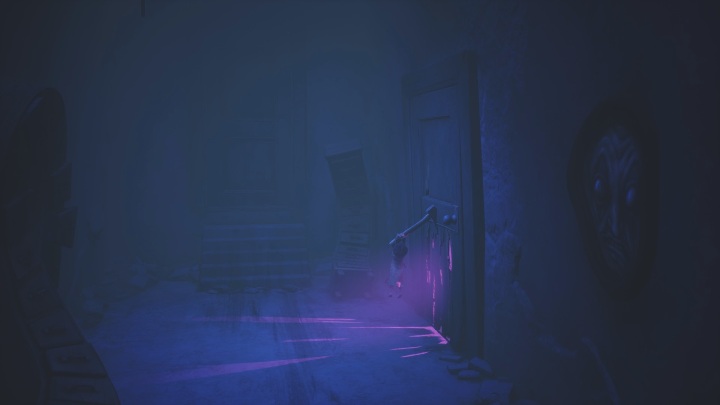 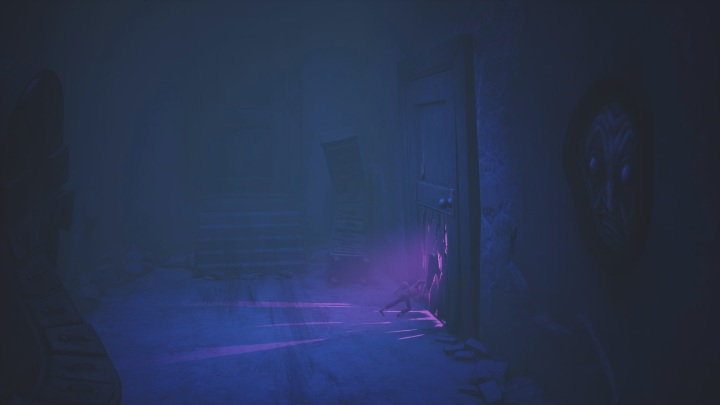 A purple light comes out from behind the door. You must rip the axe from the boards and destroy the door to get through. 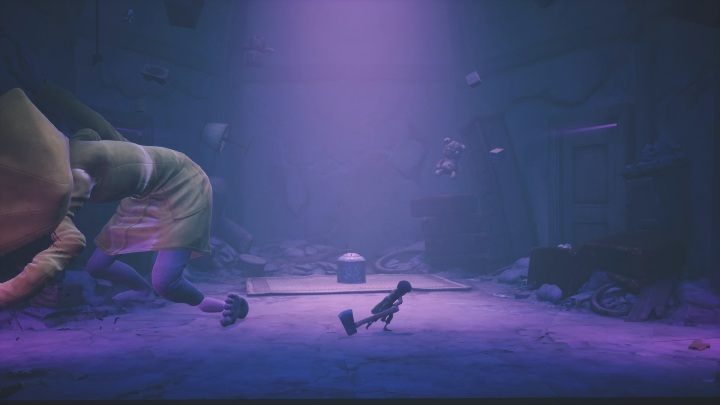 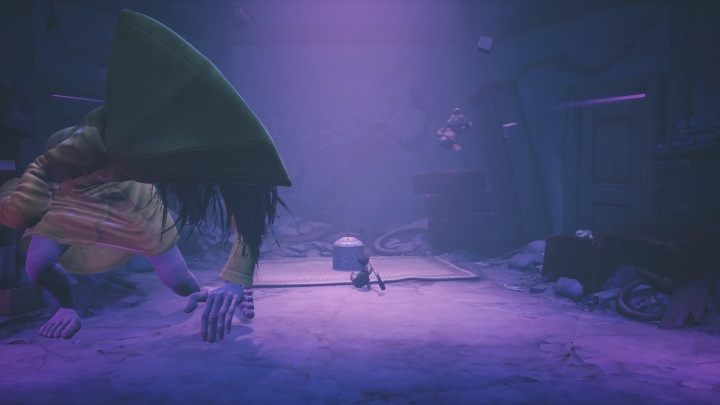 It won't be too hard this time, either. You just have to distract Six. When she focuses on the left side, simply strike the music box with the axe. 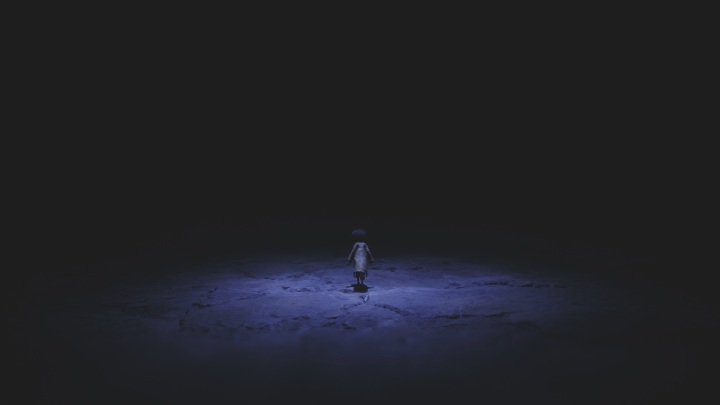 Suddenly you find yourself in a black space. It will only light up in your area. Head northwest to reach the door. 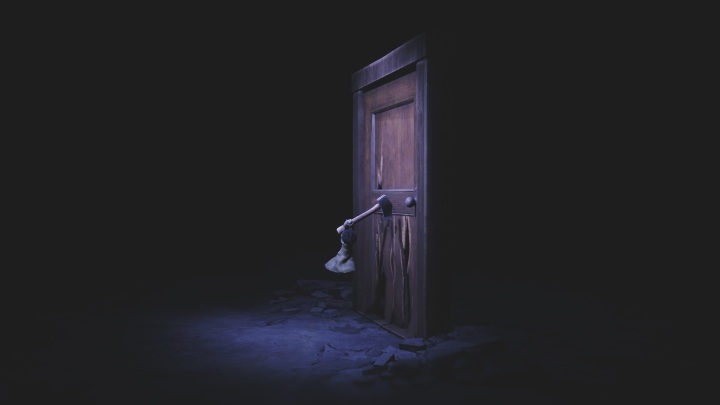 The door is lit; as you approach it, you will notice its glow. 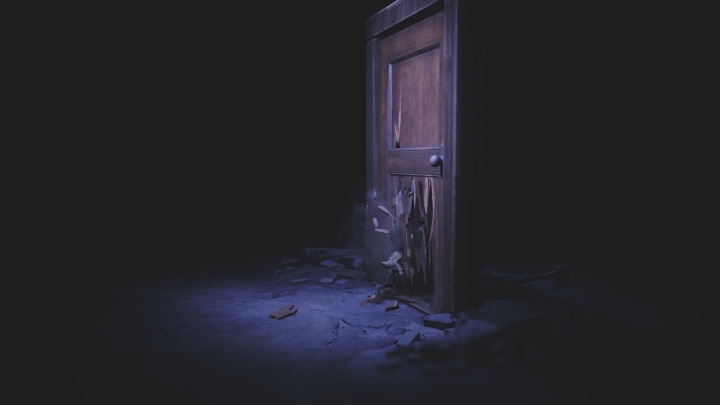 Pull the axe out of the door, then destroy it to get through further. 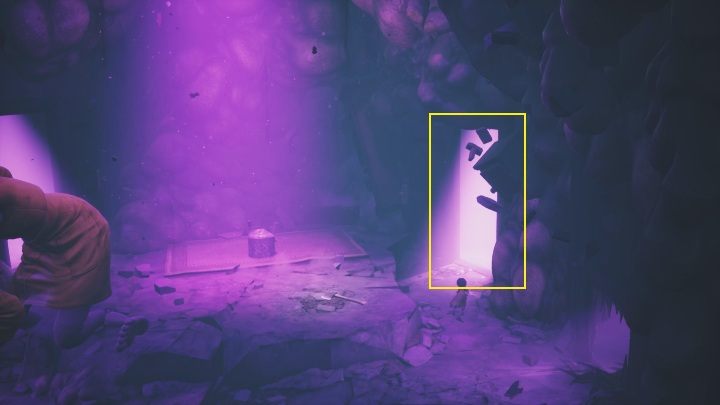 After breaking through the door, you will end up in another room. Six, already inside, is terribly upset with you and tries to kill you as quickly as possible. You have to manipulate her movements so that you can get to the axe. 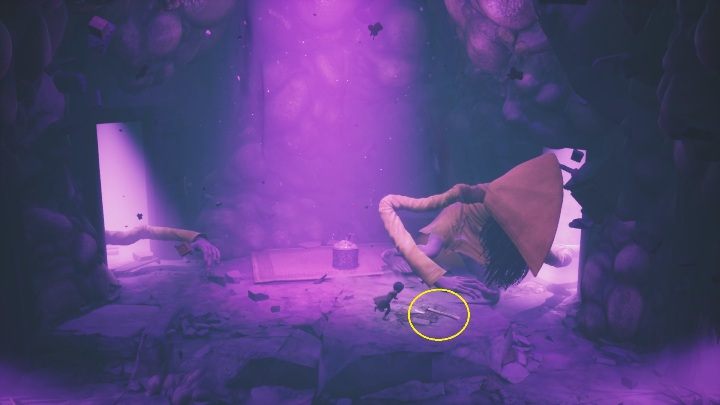 Six will always follow you. Therefore, try to run into such portals which will distract her. 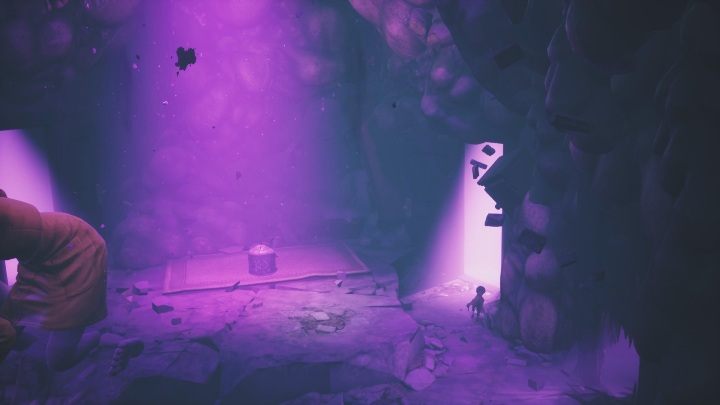 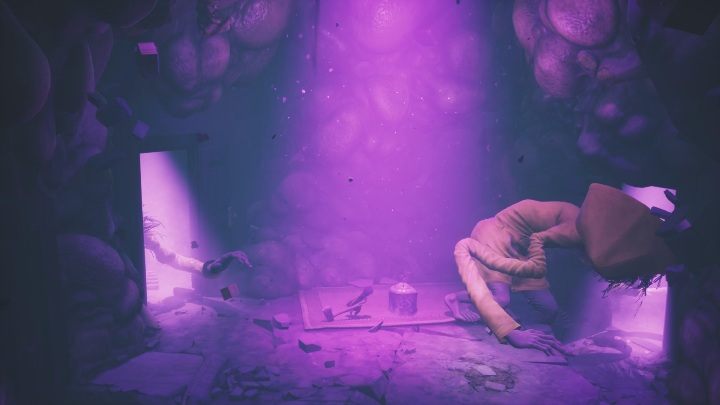 After getting the axe, distract Six again. Quickly jump to the music box and hit it hard. This will wear Six down. 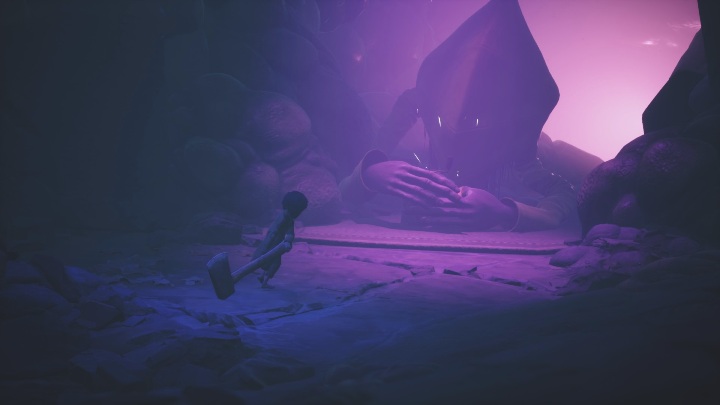