On this page of our Little Nightmares 2 guide, we've covered stage 4, Enter the Tower - here you'll find a walkthrough of the store and street. In this section, we described all the interactions you need to perform to get to the signal tower.

Entrance to the store 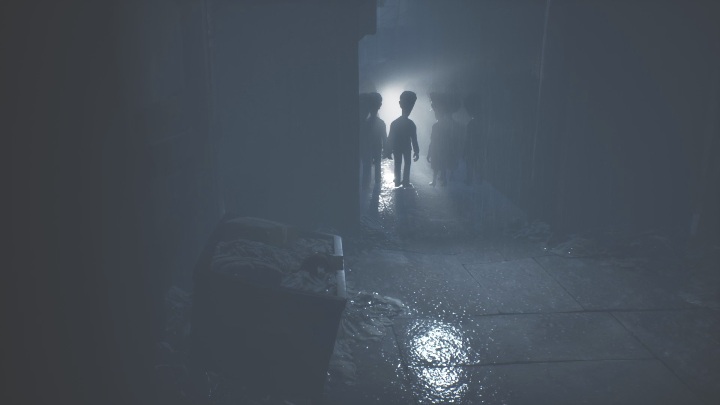 When you are on the street you will see a bunch of people. This time the crowd will be overly interested in you. 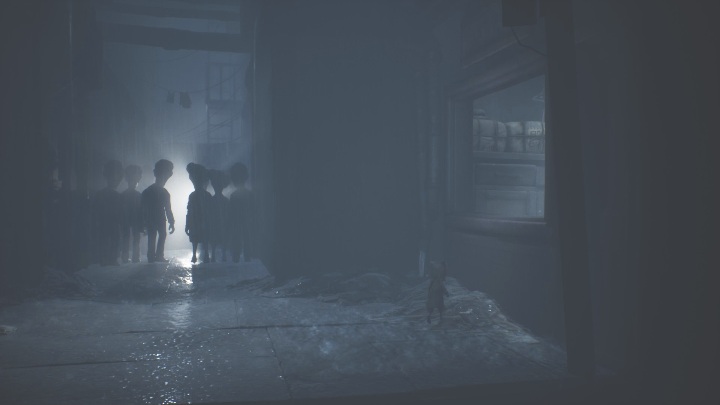 Your task is to jump through the window and then make a frantic run to prevent the enemies from depriving you of your life. You must run all the way to the place with the shopping cart. 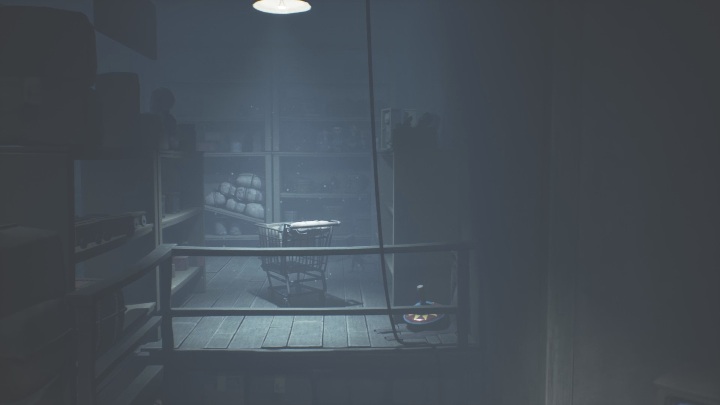 To move forward, you must push down the cart to the bottom section. This is not a difficult task, but you will be most comfortable pulling it to have control over the direction. 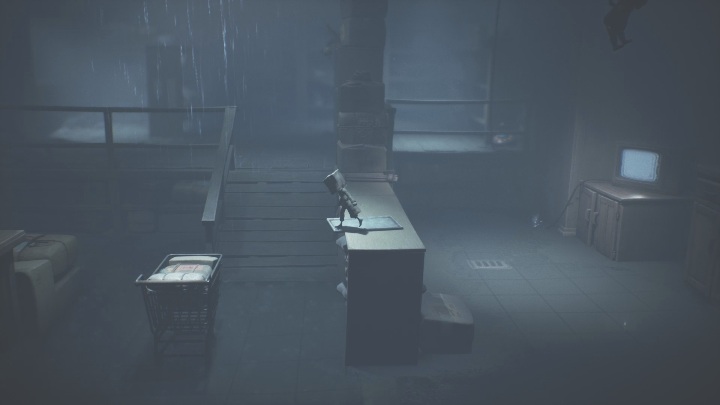 If you push the cart to the center, it will adjust itself to the environment and will fall into a specified spot. Your task is to jump onto the ledge and jump to the other side. 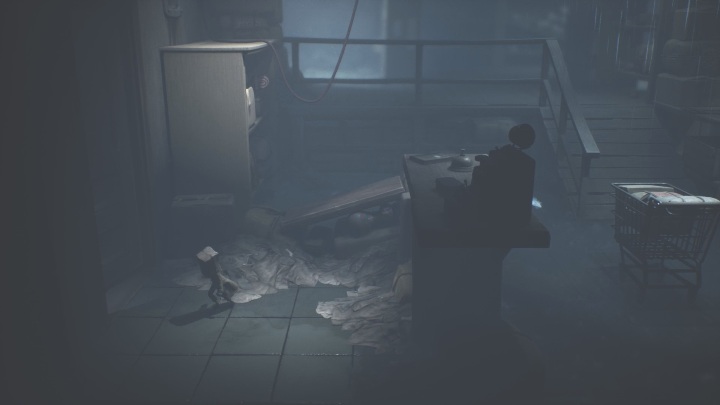 Turn left and jump on the ledges to get to the ventilation shaft. 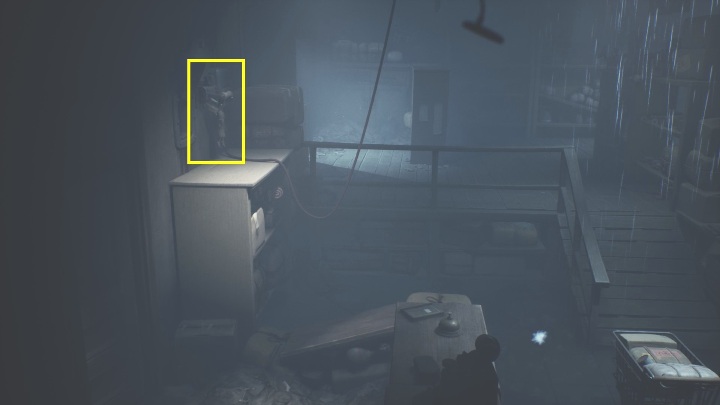 Your job is to use leverage. It will turn off the electricity that is preventing you from exploring further 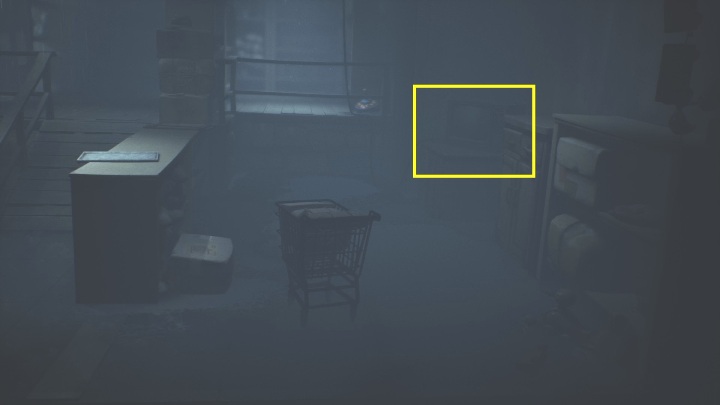 After turning off the power, turn right and turn on the TV. 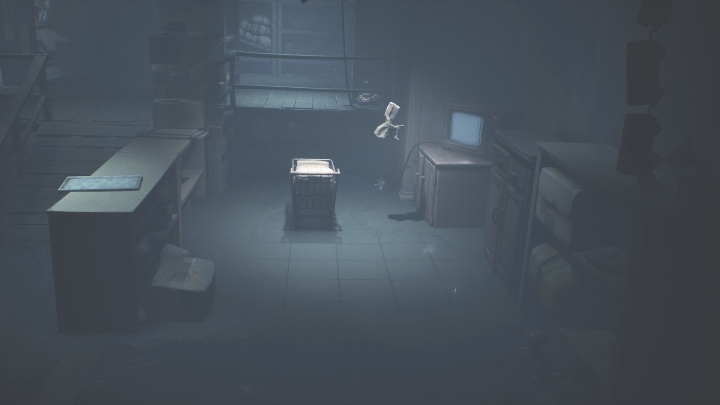 Then pull the cart to the TV and jump up on the shelf so you can move again. 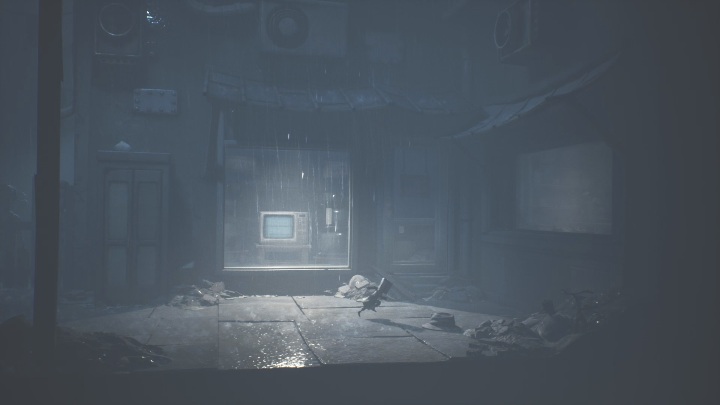 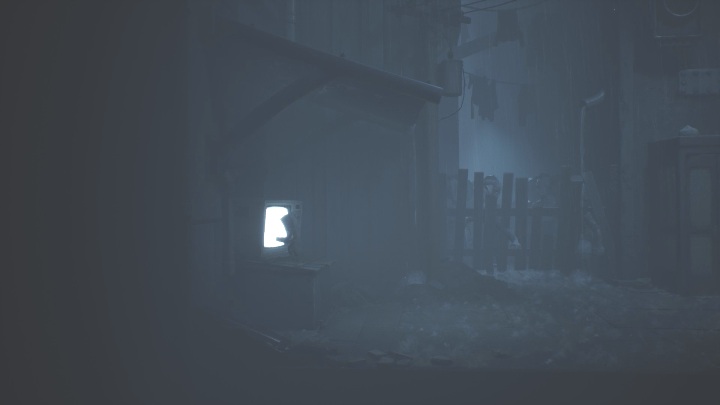 You will show up on the street. You need to get two TVs working - the one in the store and the one standing on the dumpster (on the left side of the area). Then move between the TVs so that you appear in the store. 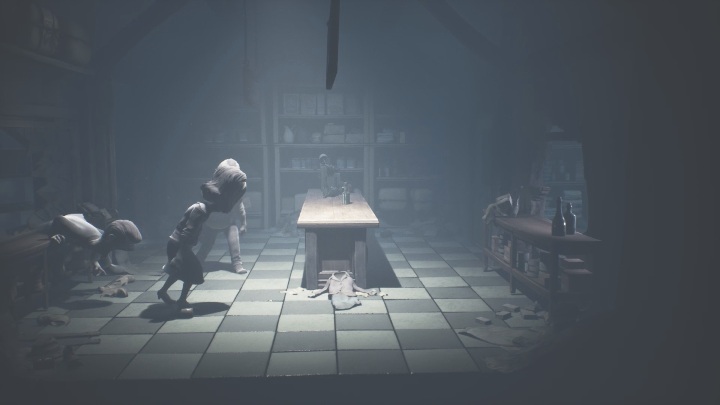 Your task is to make another frantic run so that the enemies don't deprive you of your life. Don't stop even for a second. 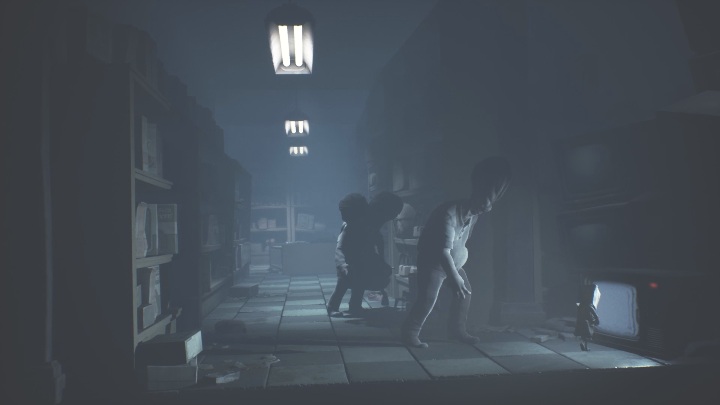 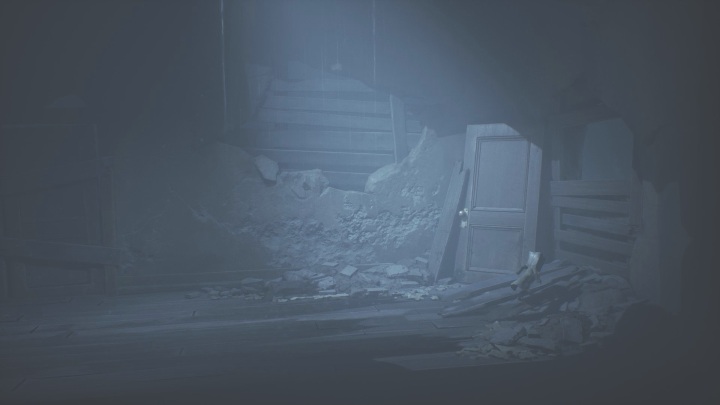 You will appear in a new room. To get out of it, just climb up the boards on the right side. 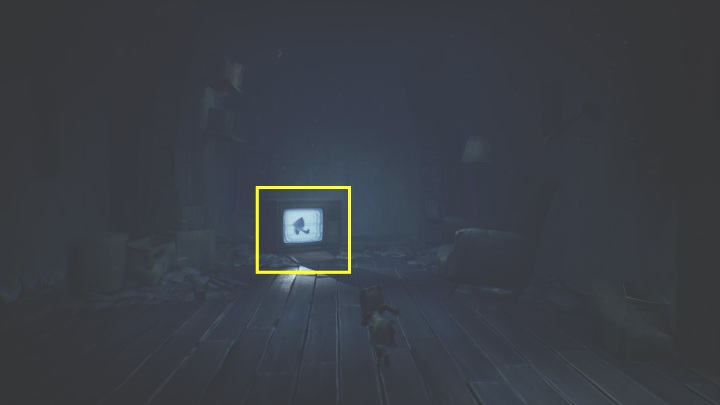 You'll see Six on the TV. Run up to her and try to pull the girl out of the screen. 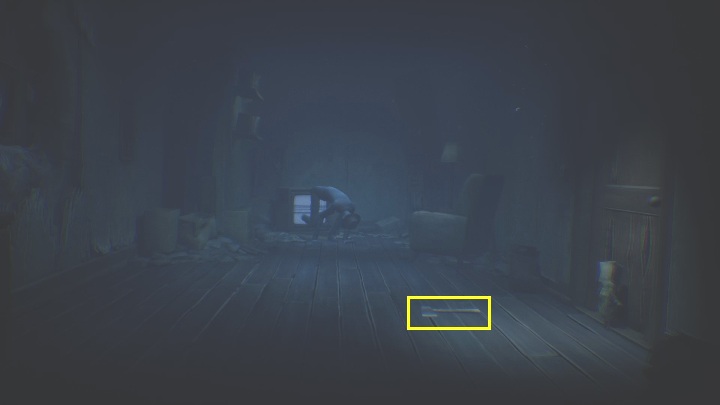 To your misfortune, someone else will get out of the TV. Quickly grab the axe, so you can escape. 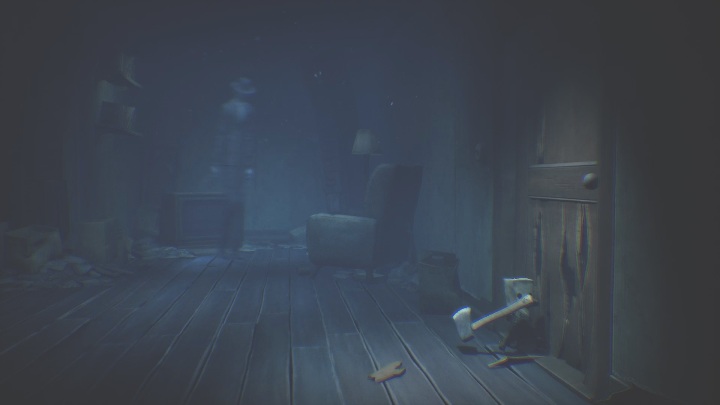 Use the axe to hit the door several times. This will open up your escape route. 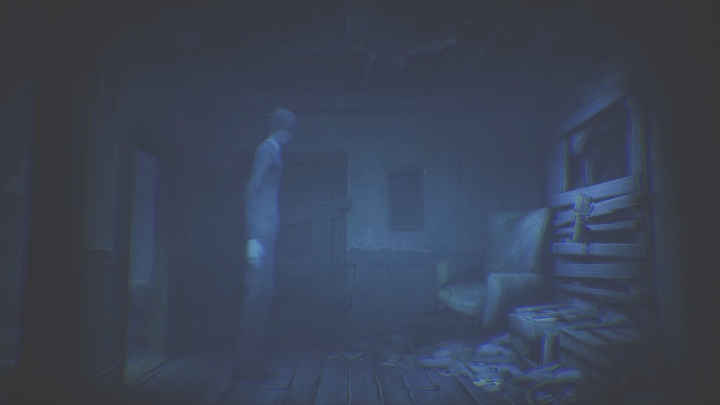 You have to move fast because your opponent does not pull the punches. If you get stuck somewhere, the enemy will consume you right away. Run into the room and efficiently climb up the boards, behind which there is a ventilation shaft. 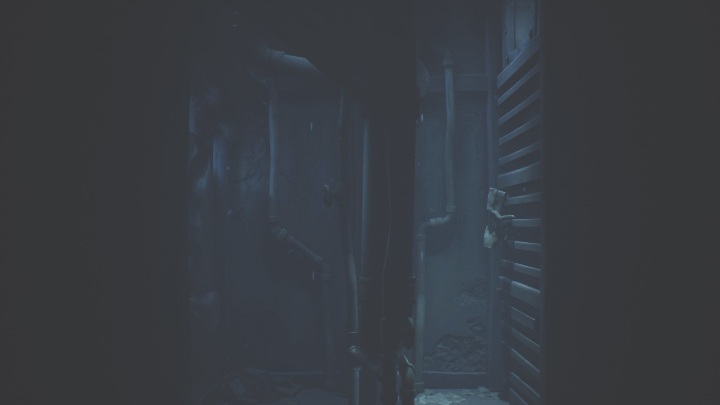 Once in the ventilation shaft, you can slow down. It's a moment to take a breath. 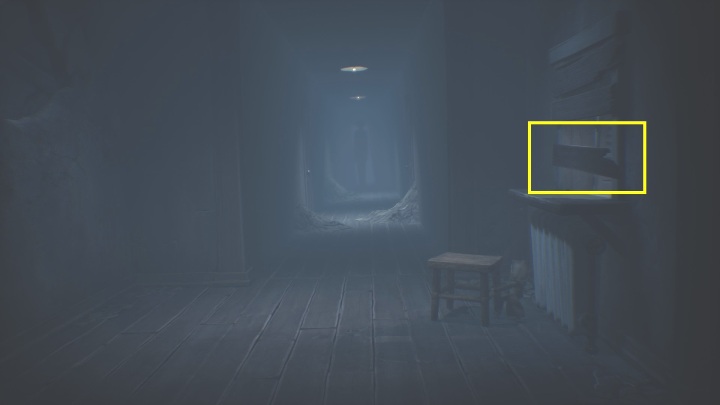 However, as soon as you run out into the hallway, pull up the stool and get to the window. Destroy the boards and jump outside.

Running away on trains 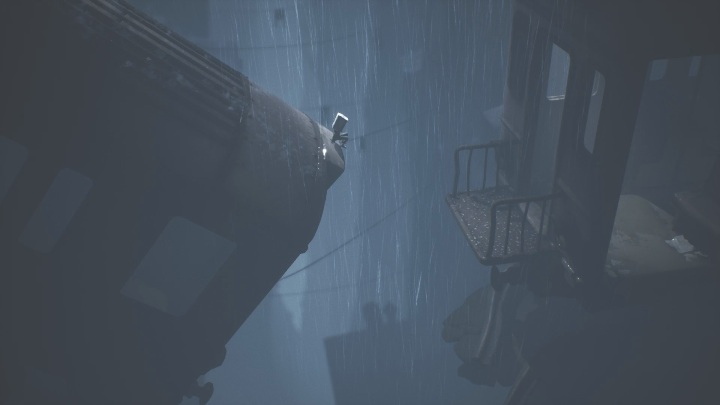 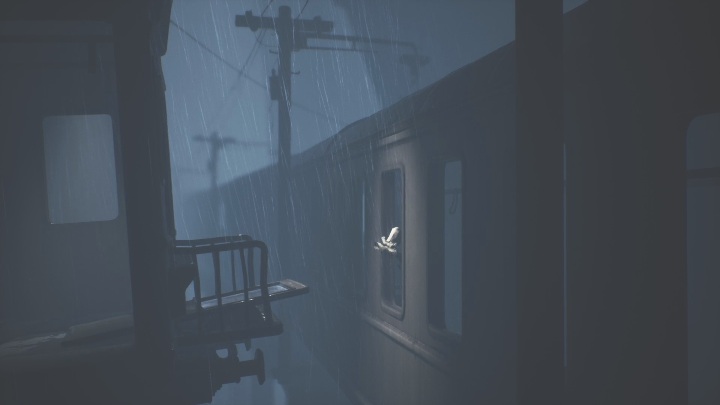 In this case, you will have to demonstrate your dexterity. You just have to run and jump over the trains so that you don't fall into the abyss. 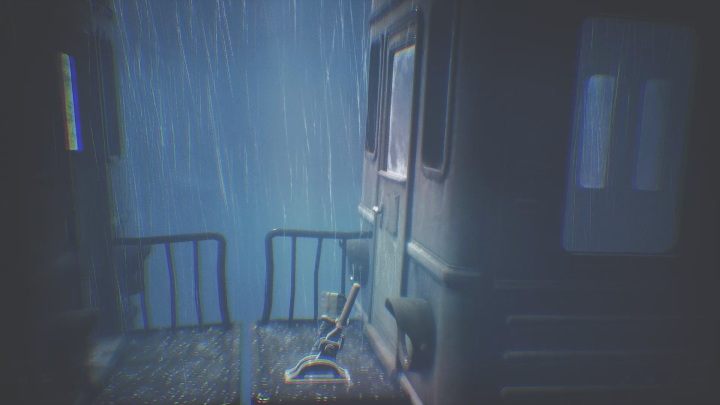 Eventually, you will reach a place with a lever. Pull on it to disconnect your part of the train. This will end the chase for a while. 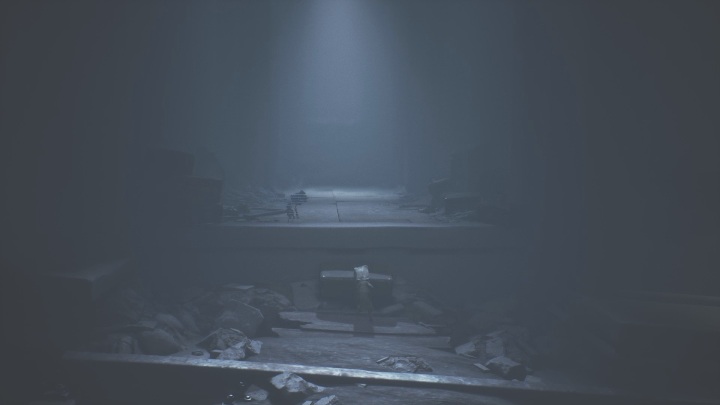 When you get to the subway, you will see Glitching Remains that will lead you to the exit. 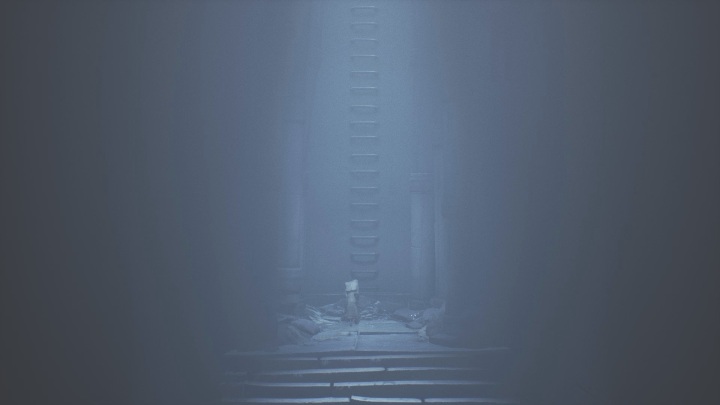 You have to climb a ladder to get out into the street. 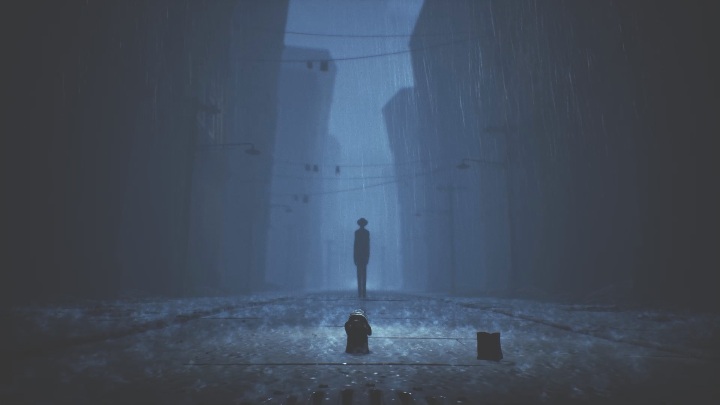 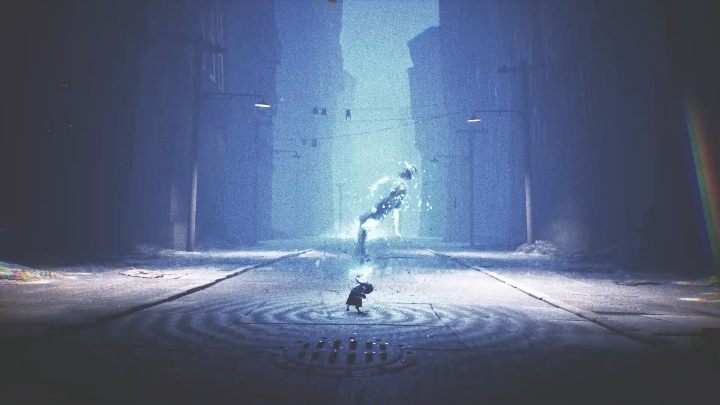 At the top you will see your opponent. Fighting him is very specific. You just have to move the same way he does. If he bends to the right, make the same motion. If he bend to the left, do the same. 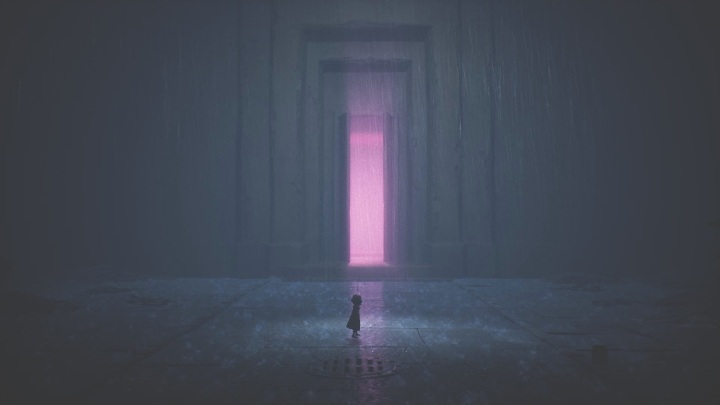 After defeating the opponent, you will see a pink light. At this point, the 4th chapter of the game will end.